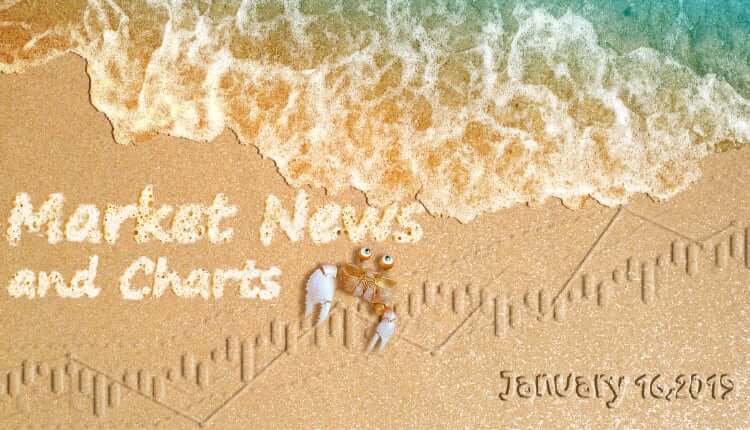 The pair was seen to further go lower in the following days after it failed to break out of the resistance line. Brazil’s economy was expected to slow in 2019 as the truce in the trade war between the United States and China gave other countries in Latin and Central America to have a slice in the market share of soybean export. Brazil accounted for 80% of Chinese soybean import but was expected to decrease by 7.5% in 2019. Despite this, Brazil’s president, Jair Bolsonaro, was still expected to lead South America with the revival of the Mercosur Agreement. The European Union was looking to penetrate South America with the trading bloc, as it expands its trading relationship in the Asia Pacific and South America. However, this plan was still on hold as the EU was trying to figure out how to make the deal with the newly elected Jair Bolsonaro whose policies mimic Trump’s “America First” policy, which means the isolation of Brazil from multilateralism.

The pair was expected to further go down to complete the “Head and Shoulder” formation. The United States was reshaping its role in the world, particularly in North and South America. As Trump pulled out with the global pacts and accords, it was now trying to integrate America to become a global power continent, with the United States in the heart of the continent. Since the election of Brazilian President Jair Bolsonaro, Brazil’s relationship with the United States became stronger. Brazil even offered the US to establish a military base on its soil, with many experts expecting the move to prepare a war with Brazil, backed by the United States and Israel, against Venezuela, Cuba, and Nicaragua. This will solidify President Bolsonaro’s dream of leading South America in the future. 19 out of 35 member states of the OAS (Organization of American States) already declared Maduro as an illegitimate president, which will give President Bolsonaro the upper hand in South America.

The pair was seen to continue sliding down after it failed to recover and break out of the resistance line. British Prime Minister Theresa May faced a humiliating defeat with the UK Parliament yesterday, January 15, as Members of the Parliament rejected her deal with how the United Kingdom will withdraw from the European Union on March 29,2019. May’s proposal gained the support of just 202 MPs, while 432 voted against it. The 230 vote defeat is the largest ever gap by a government in 95 years. This prompted calls for PM Theresa May to adopt a “Norway Plus Brexit”. Norway is not a member of the European Union but had great access n the EU’s Single Market. However, the European Union slammed the idea and said that the United Kingdom will need to follow EU’s policies if it decided to be a part of the Single Currency Market and Customs Union. This current issue, however, was hiding the growing gap between the East and the West in the European Union, which politicians called the EU Commission to prioritize.

The pair was expected to reverse, even after it broke out of the 1st major resistance line. As the European Union was focused with the progress of the Brexit deal after UK Parliament rejected the deal negotiated by UK Prime Minister Theresa May, which shows a 230 vote defeat that marks the most embarrassing defeat of the British government in its history, a rising Nationalism in the European Union was growing fast. Analysts suggested that the Brexit will not divide the European Union, but the rising Nationalism in the bloc will. Most of the nationalist countries can be found on the smaller group of CEE (Central and Eastern Europe) within the European Union, with Hungary as its leader. Hungarian Prime Minister Viktor Orban warns that immigration will divide the European Union ahead of the EU’s Parliamentary election, which nationalist plans to seat the most of its members to control the European Commission. The policy on immigration was also the reason why the former de facto leader of the European Union and German Chancellor, Angela Merkel, became unpopular. French President, Emmanuel Macron, took the leadership of the bloc.