The pair will fail to break out from two (2) major resistance lines, sending the pair lower towards its 2020 low. The Federal Reserve holds onto its current benchmark interest rate of 0.25%. This was following the selling pressure by investors and traders on the US dollar in the previous weeks. Apparently, investors felt that the record-breaking $6 trillion economic aid by the central government and the central bank will scratch the value of the greenback on the medium-term. Aside from that, inventories of oil surged in the first week of June. Also, jobless claims are still way higher than the combined jobless claims during the 2008 Global Financial Crisis. Meanwhile, Norway is leading among the fastest recovering countries in Europe. Expectations for the full fiscal year GDP was down to 3.9% from 5.5% expected in April. Norway is seen by analysts as one of the most liquid countries in the world with its sovereign wealth fund at its disposal.

The pair will continue its downward momentum in the coming days. A report from the OECD is bringing back the confidence in the Polish zloty. According to the international organization, Poland’s first quarter GDP drop was among the lowest in the group. For years, the country has been on top of the European Union’s fastest growing economies and analysts are expecting Poland to continue this trend in the coming years. With a robust recovery in hindsight, the eastern European country’s central bank is expected by analysts to increase its rate. Poland is currently sitting at 0.10% interest rate, down from 1.50% prior to the coronavirus pandemic. On the other hand, the United States is expected to further slowdown. Despite introducing the largest stimulus in history, America will still suffer from the increasing US-China tension in the coming quarters. The two (2) largest economies are currently in dispute with the coronavirus pandemic.

The pair will break out from a downtrend channel resistance line towards a major resistance line. Israel is facing challenges on economics and politics. After decades of being Israel’s Prime Minister, Benjamin Netanyahu is expected to step down in the coming years. This was following the agreement with his political rival Benny Gantz. Under the agreement was a shared term for the two (2) leaders of major Israel political parties. This effectively ended years of political uncertainty on who will be the country’s next prime minister. Under Netanyahu, Israel’s relationship with the United States reached its peak. Aside from this, the country is one of the most affected economies in the world by the coronavirus pandemic. Israel just extended its sales tax and is planning to also extend its unemployment benefits to help the economy to stay afloat. The United States has the largest economic aid in the world for those affected by the coronavirus pandemic.

The pair bounced back from a major support line, sending the pair higher. Sweden failed on another experiment. The country has one of the highest death rates in the world with the coronavirus pandemic. This was due to the government’s refusal to close borders and businesses. This decision was supposed to help the Swedish economy to thrive during the global lockdown, but it turned out that Sweden wasn’t spared from the economic decline. The country’s GDP is expected to contract by 7% this 2020, the same predictions given to European countries who closed their borders. Aside from this, the country broke its unemployment downward momentum after it recorded a 8.2% unemployment rate. This was the second-largest unemployment rate in the last five (5) years. On the other hand, the US recorded its lowest jobless claims since the coronavirus pandemic. Investors are optimistic that the trend will continue in the coming weeks. 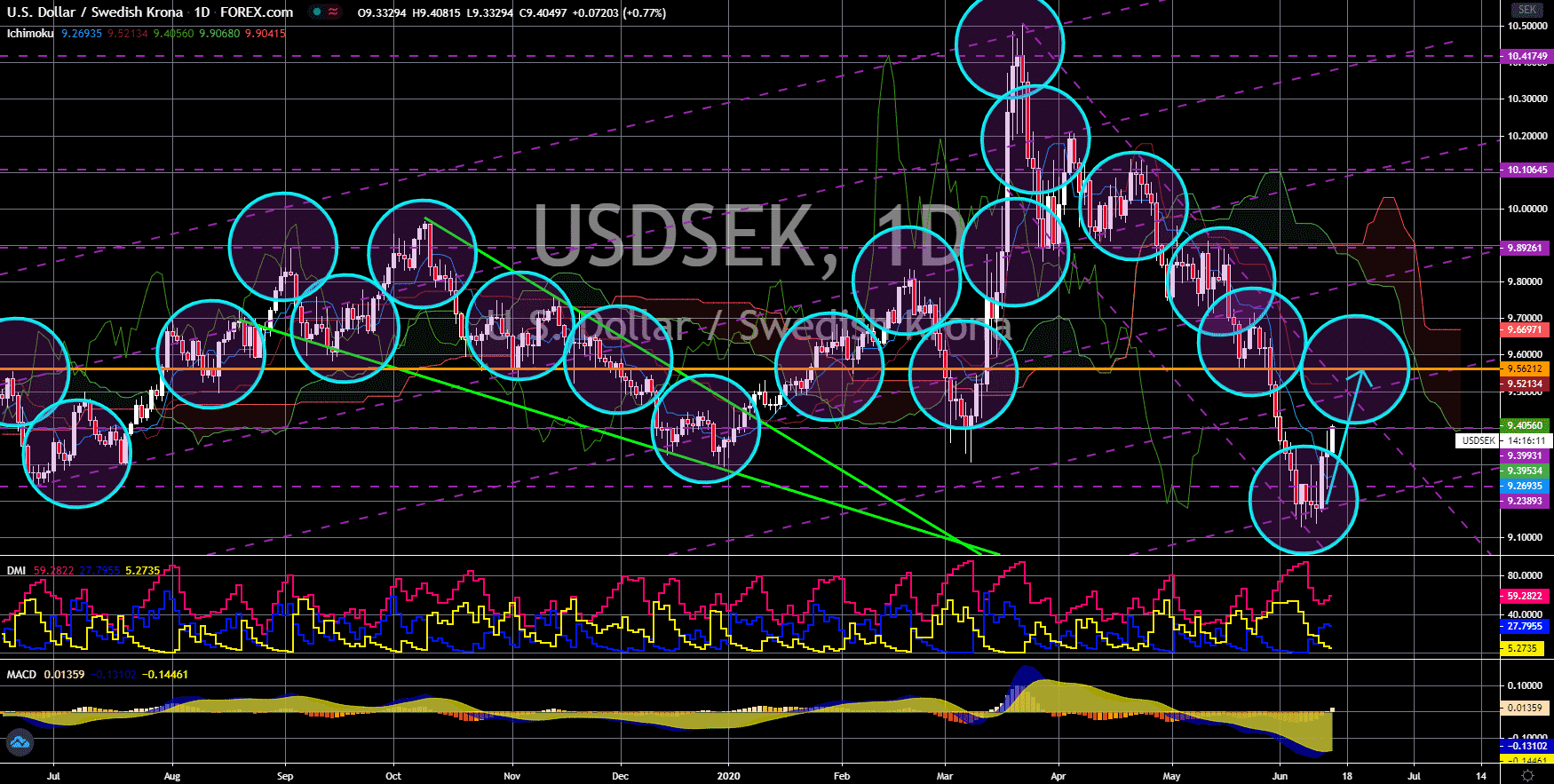