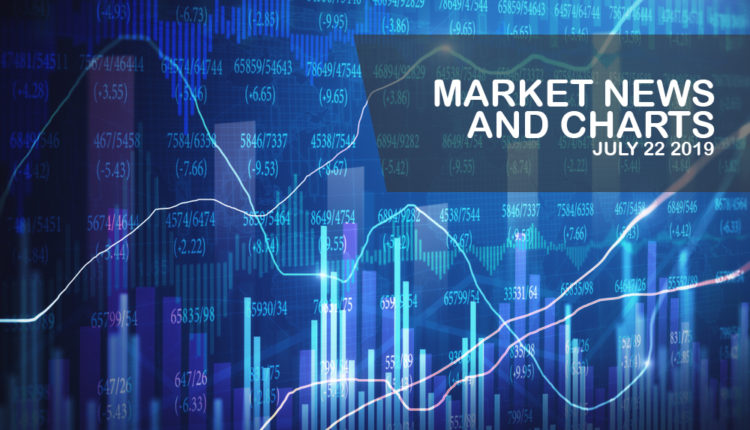 The pair failed to continue its upwards movement and was expected to reverse back in the following days. Canada and New Zealand were among the few countries that analysts expect to remain resilient amid the uncertainty surrounding the global market. However, this resiliency and surge in their economies resulted to a heating economy. This had made these two (2) countries at most risk for housing market correction. Following the trade war between the United States and China, Canada had shifted its focus to the pacific rim trade pact following the ratification of the CPTPP (Comprehensive and Progressive Trans-Pacific Partnership) this year. New Zealand on the other hand, had been benefiting from the recent recession on its neighbor Australia for the first time in 27 years. However, investors are more optimistic with Canada following its decision to review the temporary tariff rates of the post-Brexit, independent United Kingdom.

The pair was expected to further move lower and to break down from a major support line, sending the pair lower towards a downtrend support line. The narrowing relationship between the United States and the U.K. comes at a time where the UK was expected to withdraw from the European Union until October 31. The withdrawal was expected to bolster the relationship between the two (2) countries following the visit of U.S. President Donald Trump to his UK counterpart Prime Minister Theresa May in London. However, just a month after the visit, UK ambassador to the U.S., Kim Darroch, resigned. This was after leaked diplomatic cables shows that the ambassador called President Trump “inept”. Now, the two (2) countries are facing common problem with Iran. Iran blocked the Hormuz strait and seizes British tanker after the UK seized Iranian tanker in Gibraltar. Iran and U.S. accused each other of ruining the oil export.

The pair was seen to continue its steep decline after it broke down from a major support line, sending the pair lower towards a downtrend support line. Canada halted its negotiation with the European Union following the released of temporary tariff rates by the United Kingdom. The UK was due to leave the EU until October 31, which prompted the country to make countermeasures to secure its economy. The post-Brexit trade agreement was initiated by the UK, together with its allies, to secure that the country will have trading deals with them once it officially leaves the bloc. This decision by Canada will put the UK at an advantage compared to the European Union among its former colonies. Australia and New Zealand signed a post-Brexit trade agreement while maintaining its existing trade relations with the EU. The shift with Canada’s decision will impact the on-going Brexit negotiations with the European Union.

The pair was expected to continue its rally and to break out from its current resistance line, sending the pair higher toward its 3-month high. New Zealand and Switzerland were among the first countries to sign a post-Brexit trade agreement with the United Kingdom. However, following the Brexit extension within which the UK was supposed to leave the bloc on March 29 but was moved until the last day of October, Switzerland had shifted its focus on accommodating more countries that it can sign a trade agreement with. Switzerland became the first country to sign a trade agreement with China’s Belt and Road Initiative following the visit of President Xi Jinping in Europe. Recently, the United Kingdom published its temporary tariff rates once it leaves the 27-member state bloc. This was the first time that the country will negotiate its trade agreement since its accession to the European Union in 1972.