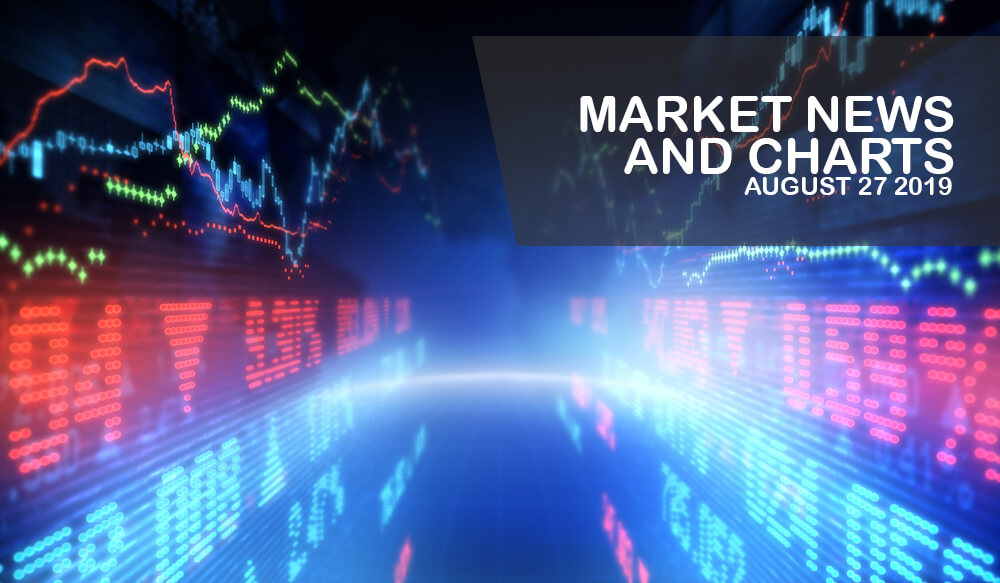 Hey traders! Below are the latest forex chart updates for Tuesday’s sessions. Learn from the provided analysis and apply the recommended positions to your next move. Good day and Good Luck! Read more about Market News.

The pair is expected to continue moving higher in the following days and to retest a key resistance line. The Royal Bank of Australia (RBA) expressed its willingness of an unconventional policy of cutting interest rate by 50-basis points. Australia currently has an interest rate of 1% and cutting it to half will affect the Australian Dollar. But that’s not it. Australia is also considering a negative interest rate, which means that the central bank will pay banks to borrow money from them. The Royal Bank of Australia (RBA) is expected to have a meeting on September to discuss the possibility of cutting its benchmark interest rate. On the other hand, Australia is currently attending the Group of Seven Leader’s Summit as a special invite. Australia is slowly increasing its role on global issues as its economy suffers as a result of global issues, specifically the trade war between the United States and China. Read more about Market News.

The pair will continue to move higher in the following days and will head towards a key resistance line. Jack Letts, a British-Canadian man who is accused of traveling to Syria to fight for ISIS, was reportedly stripped of his British citizenship – a decision that has disappointed Canada. Canada had then accused the United Kingdom government of trying to offload their responsibilities in counterterrorism. By revoking Mr. Letts citizenship, Canada was the only possible country that can accept Mr. Lett. This move by Canada, however, had put the country in a hot seat once again as the country might lose another trading partner. This aggressive move by Australia was also seen by analysts as a way for Canadian Prime Minister Justin Trudeau to increase his popularity after he has been involved in the SNC-Lavalin issue, which could potentially derail his reelection bid this October. Read more about Market News.

The pair failed to breakout from a major resistance line, sending the pair lower towards a major support line. U.S. President Donald Trump is eyeing to buy the autonomous territory of Greenland from Denmark, which is rich in natural resources. With the fast pace of ice melting in the country caused by climate change, Greenland has the potential to show untapped resources, which will be beneficial for Denmark. But Danish Prime Minister Mette Frederiksen dismissed his overtures as “absurd”. In retaliation, President Trump cancelled meetings with Frederiksen and his entire state visit to Denmark – which was scheduled to take place in Copenhagen on September 2 and 3. However, this decision by President Trump could cost him an ally. Denmark was one of the countries who come to help the United States during the rising tension between the U.S. and Iran in the Strait of Hormuz. Read more about Market News.

The pair will continue to move higher in the following days after it found a strong support line. The New Zealand Dollar has weakened following the unexpected move by New Zealand’s central bank, the Royal Bank of New Zealand (RBNZ). This move by RBNZ was in response to the on-going trade war between the two (2) largest economies in the world, the United States and China, including the interest rate cut by the Federal Reserves and the increase geopolitical tensions between the West and the East. The United Kingdom on the other hand, was expected to retain its benchmark interest rate as the temporary tariff rates published was seen enough to spur economic activity within the country once it leaves the European Union until October 31. The lower New Zealand Dollar was expected to help the country to negotiate future bilateral trade agreements between the country and the UK. Read more about Market News.