The Australian dollar fell against the US Dollar on Thursday. One reason which had an impact is the jobs report. According to it, the unemployment level is more than 5%. Despite the fact that the number of employees is rising. The official rate for today is 1 US dollar equals to 0.6906 Australian dollars.

The unemployment rate was not the only negative factor. The trade war between the U.S. and China is another important problem when it comes to the AUD. As China is the major trade partner of Australia, the economic instability in China has a direct impact on the Australian economy. For example in 2017 trade between these two countries reached $183 billion which equals to 24% of total trade of Australia.

It is worth to mention that as Australia-China economic relations are well integrated. Any additional talks regarding the tariffs will have consequences on the Australian economy in general. US President Donald 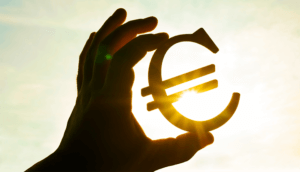 Trump stated that if negotiations are not successful, he is willing to impose additional tariffs on Chinese products. It means that the Chinese economy might slow down, which will have a direct consequence on the Australian dollar and economy in general.

Euro is Strengthening its Position

Euro is becoming more and more important around the world. According to the data provided by the European Central Bank on Thursday. Central banks’ and governments’ shares of foreign reserves deposited in Euro reached 20.7. This means that the number is bigger by 1.2% than in 2018.

Russia and China sold a certain amount of their US dollar holdings. The relationship between the USA and Russia is deteriorating ever since Russia occupied the Crimean Peninsula in 2014. Sanctions imposed by the USA and the European Union are still in place.

China followed the footsteps of Russian Federation and decided to reduce their U.S. dollar holdings which they owned in the form of U.S. Treasures. This occurred during the period of an increased trade dispute with the USA. However, China still owns more than $1 trillion of U.S. dollar holdings.

During this week the global economy continues to deal with the problems created by the trade war between the U.S. and China. Above mentioned stories prove that this conflict already affected different countries around the world. The case of the Australian dollar is a great example.

Currencies around the world face unstable situations as can be seen from the example of the Australian dollar and others. The unemployment rate was not the only negative factor. The trade war between the U.S. and China is another important problem when it comes to the Australian currency. As China is the major trade partner of Australia, the economic instability in China has a direct impact on the Australian economy.