Commodities such as oil are under pressure to deal with the problems caused by the trade war. In this article, we will have a look at the oil prices and how it changed during the last several days. It is not a secret that the oil industry is facing issues due to the current oil prices. In this situation, regional tensions, trade war, and economic problems might result in lower oil prices. Oil-producing countries are in a tough position as they are trying to stabilize the oil market.

WTI crude price increased by 0.1% to $55.28 a barrel, which is not a lot but still is good news for the oil industry. The price of WTI crude decreased by 3.3% or $1.87 on Wednesday. This fact shows that oil prices are unstable; this might hurt the oil-producing countries.

It is not surprising that due to the trade war and other problems, the demand for oil is not going to increase in the long run. According to the International Energy Agency, oil supply in the non-OPEC countries will increase by 1.9 million barrels per day.

The oil industry and the global economy 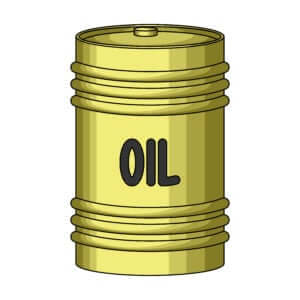 In 2020 this number will further and will reach 2.2 million barrels per day. The IEA in its latest oil market report mentioned that in July, OPEC members produced 29.71 million barrels per day. In this situation, the oil prices are unlikely to increase as the demand is significantly lower than supply. It is important to remember that oil supplies grew primarily thanks to the U.S. shale oil production growth started to slow down.

Oil production in North America is essential but we should take into consideration other regions as well. According to EIA oil production growth outside of the U.S. will increase from 0.21 mbd to 0.85 mbd in 2020. However, without these regions, there is a risk that predictions about the surplus might not become a reality.