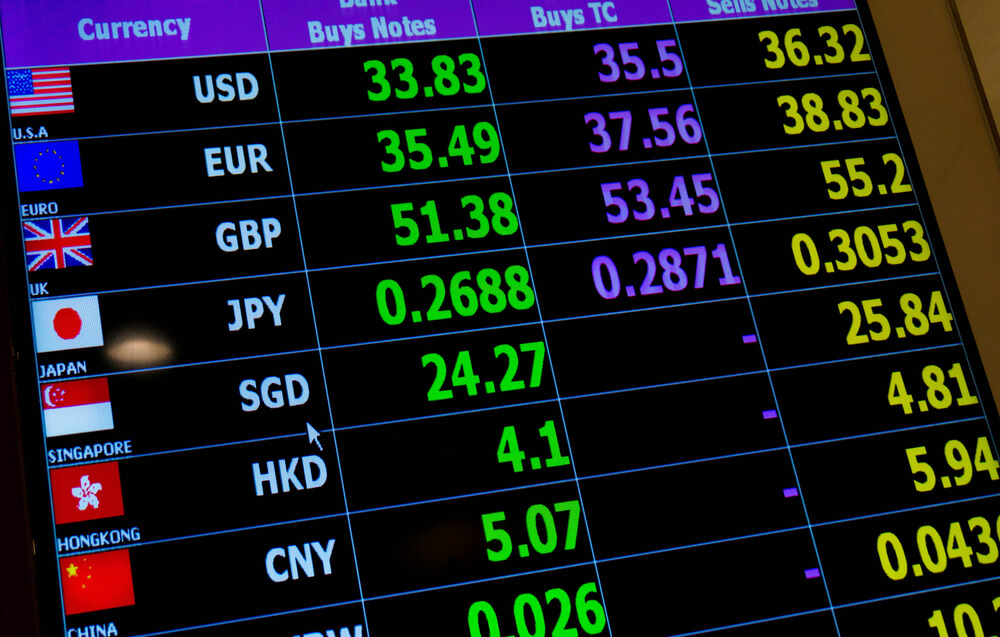 Foreign Exchange Market: In Asia, the initial trade agreement between Japan and the U.S did not affect the Japanese yen on Tuesday.

It remained unchanged despite news that U.S and Japan had reached an initial trade tariff agreement.

It also remained unclear whether the U.S would maintain tariffs on Japanese auto imports as part of the agreement.

Following the Reserve Bank of Australia’s meeting on 3rd September, its minutes showed that the bank would consider more rate cuts to support growth and reach its 2-3% inflation target.

The minutes also showed that RBA expected the bank to maintain a low interest rate environment for a long time.

Meanwhile, the U.S. dollar index remained at 98.160 while traders wait for the Fed Reserve’s two-day meeting later this week. They expect the Fed to lower rates by 25 basis points to support economic growth.

Traders are also looking forward to more news on the China-US trade front. The tension between the countries eased after reports revealed that they could reach a temporary deal. However, U.S President Trump said he preferred a more comprehensive trade deal with China.

The dollar mostly higher ahead of German ZEW and Fed meeting

In Europe, the dollar trader higher despite fears of a persistent hike in oil prices and conflict in the Persian Gulf.  The news weakened risk assets ahead of the two-day Fed policy meeting.

Investors expect the Fed is expected to cut rates by 25 basis point in the meeting. However, stronger than expected data on retail sales and consumer sentiments, coupled with eased China-US trade dispute, seemed to weaken the expectation.

A spike in oil prices following the weekend attack on Saudi Arabia has made it worse. But it’s likely to lead to inflationary pressure as long as oil prices remain high.

Now, the possibility of a rate cut has dropped to less than 65%. But, analysts argue that main effects of an oil shock are still bullish for the dollar.

The euro traded at $1.1012, with the market focusing on the month’s confidence indicator – the German ZEW index due at 5 AM ET.

The dollar index was at 98.185 by 3:45 AM ET. The index changed little from late Monday but gained against the pound, emerging currencies, and commodity currencies like the Aussie and Kiwi.

It also rose to a 4-day high against the offshore Chinese yuan. The yuan remains under pressure after the Monday’s weak economic data.

The pound also remained under pressure after British prime Minister – Boris Johnson visited Luxembourg on Monday. The visit demonstrated a lack of progress towards sealing the transitional trade deal with the European Union before Brexit takes place on Oct.31.

On Tuesday, the U.K Supreme Court will rule on the legality of Johnson’s suspension of parliament. His opponents claim Johnson was deliberate in stopping the House of Commons from debating Brexit.

Investing in Cryptocurrency vs Forex Trading