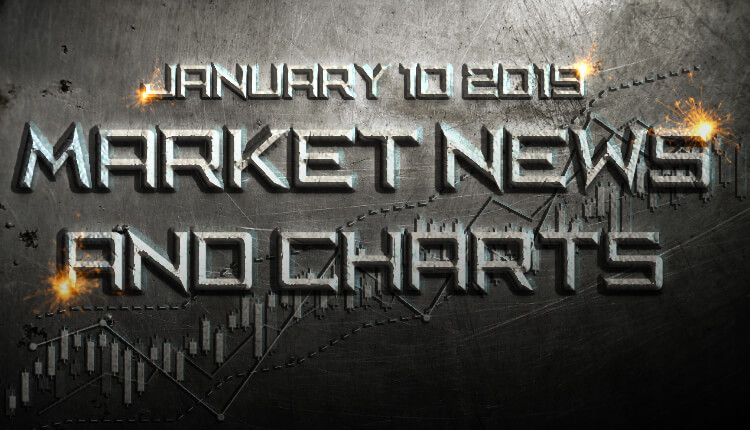 The pair finds relief after hitting the support line and was expected to go up in the following days. History tends to repeat itself with the Cold War between the Soviet Union and its satellite states (the Eastern Bloc), and the United States with its allies (the Western Bloc), was seen to reemerge again after the East tries to re-challenge the Western dominance. The European Union was seen to be divided between the West and the East (former Soviet States) after growing populism from the CEE (Central and Eastern Europe) might signal a shift in the leadership of the European Union, with the EU to hold its election on May 2019. China, Russia, and the European Union have been ditching the petrodollar with the creation of petrochina and petroeuro. Aside from that, the United States has been pressuring the European Union to halt its reliance on Russian liquefied natural gas. This had made the EU as the battleground again for the post-Soviet Russia and the United States.

The pair was expected to go down after it hits the resistance line, which was its previous support line before it broke out of the “Rising Triangle” pattern. Poland Prime Minister Mateusz Morawiecki accused the European Union of discriminating countries after EU pressured Italy on its budget deficit. EU member states are being given an allowable fiscal budget deficit by the European Commission to make sure that no one from the bloc will experience the bailout program that happened with Greece. This was after the EU court tells Poland to immediately suspend a law forcing judges into retirement, a move pushing 27 of the 72 judges off the bench. The law was seen for Morawiecki to take greater control over the judiciary. Italian Interior Minister and Deputy Prime Minister Matteo Salvini vowed to work with Poland to create a “new European spring” as he sought to build an alliance with Poland’s ruling populist ahead of the European Parliament election in May.

The pair is seen to break down of the uptrend channel and continue its decline in the following days. Today, January 10, marks the 19th day of the partial US Government shut down. The longest US Government shut down was 21 days. US President Donald Trump demanded the US Congress the funds needed to build a wall on its border with Mexico after the Mexican Government declined to pay for it. The border wall was one of the major projects that Trump promised during the presidential campaign. Trump demanded $5.7 Billion Dollar to build the wall. But experts estimated that it might cost as little as $8 Billion to as much as $70 Billion. The partial shutdown affected 800,000 federal workers. The 116th Congress, with Nancy Pelosi making history as the first female House Speaker, and the first female to be seated twice on the same position, votes to reopen the Government. House Speaker Nancy Pelosi and Senate Minority Leader Chuck Schumer, Democrat leaders, defied Trump’s national television speech.

The pair is expected to continue to fall lower in the following days after it broke down of the “Descending Triangle” pattern.  Poland signs a 20-year deal with the United States to buy natural gas. The move was made after Germany was seen to be more reliant with Russia’s natural gas pipeline. This will further divide Europe with Western Europe and Central and Eastern Europe (Baltic States). The scene was viewed as a re-enactment of the Cold War in which Russia was still integrated with its satellite allies, which was now part of the European Union. The European Union and Russia were also ditching the petrodollar, and will use petroeuro and petrochina with its transactions on the liquefied natural gas. The future of the European Union was also dim, as populist countries set to build an alliance to seat more representative from their countries on the European Commission, which will hold its election on May 2019.