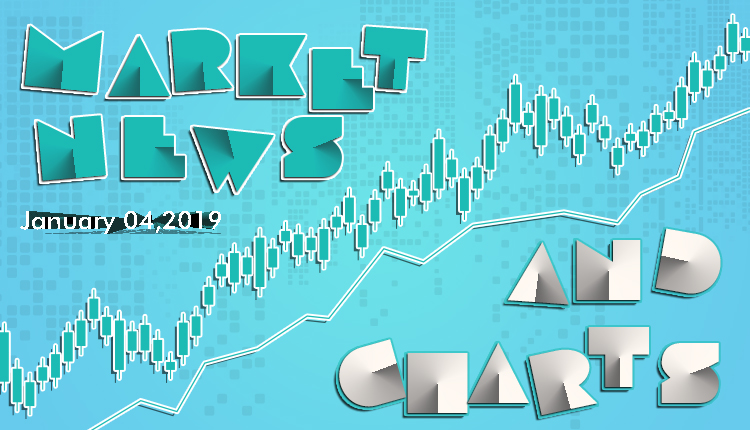 The pair was expected to further go lower in the following days as it struggles to break out of the resistance line. European Commission’s president, Jean-Claude Juncker, was struggling to promote plans for further integration of the European Union member states due to the rise of populist movement across the bloc. On January 01, the Euro celebrates its 20th anniversary. However, analysts suggested that the European Union should focus on protecting the Single Market after the United Kingdom was about to leave the bloc on March 29, 2019. Aside from that, the European Union’s Brexit negotiator, Michael Barnier, said that Brussels needs to urgently take its defense into its own hands. The idea was for the EU to have a common defense capability, one that is separated from the United States-dominated NATO (North Atlantic Treaty Organization) military alliance to reduce dependence on the United States.

The pair is seen to bounce back from the uptrend channel’s support line. Canada became the casualty of the economic-to-political war between the United States and China. The two countries agreed to a 90-day truce, but the arrest of Huawei’s heiress, Sabrina Meng, during the truce was expected to lead in further catastrophe if the two countries will not reach an agreement before the 90-day truce ends. Canada was the only country among the Five Eyes Intelligence Alliance that didn’t ban Chinese technology company Huawei over security concerns on its 5G Equipment. Thirteen Canadians have been detained in China since Huawei’s executive arrest. Aside from that, Trump threatened that he will withdraw from the “current” NAFTA (North American Free Trade Agreement) if the US Congress will not approve his “new” NAFTA deal, also known as USMCA (United States, Mexico, Canada). The United States is Canada’s major trading partner.

The pair was expected to bounce back after finding temporary relief from a support line after Apple’s revenue announcement makes the world financial market to go wild. Australia in the recent months was seen to re-established itself as a regional power in the Indo-Pacific after China’s aggression prompted Australia, New Zealand, Japan, Canada, and the United States to take action over the issue of a trade war and China debt trap to Pacific Island nations. As Australia tried to promote multilateralism, it was notably missing from the United Nation’s Global Compact or Migration together with the United States. But the future is looking bright for Australia as a prominent London think tank suggested that Australia has become so influential in the world stage that there is a strong case for it to replace Russia and restore the G7 to G8. Russia was kicked out from the elite club after its annexation of Crimea in 2014.

The pair was in a consolidation after reports suggested that the United Kingdom might top as the largest economy in the European Union, despite Brexit and secession talks in Scotland and Northern Ireland. The European Union confirmed that there was no meeting foreseen between the bloc and the United Kingdom, and European Commission president, Jean-Claude Juncker said that there will no longer be any re-negotiation of the Brexit deal negotiated by UK Prime Minister Theresa May. Jeremy Corbyn, Labour Party leader, also stated that he was against the idea of a second referendum wherein the Britons can decide again if they want to leave the European Union. Former Brexit Secretary, David Davis, believed PM May will the United Kingdom’s Parliament’s vote on the Brexit deal for the second time in order to push the United Kingdom closer to a no-deal Brexit scenario and to pile pressure onto Members of the Parliament to approve the deal.