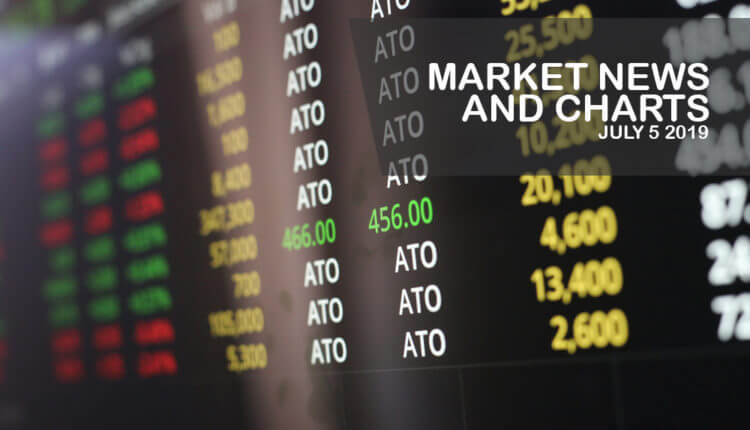 The pair broke out from a major support line, sending the pair lower towards a downtrend support line. Following the divorce between the European Union and the United Kingdom, their allies was forced to take sides between the two (2) economies in conducting a free trade agreement. Canada had recently received a green light from the European Parliament to start the negotiation of a trade agreement with the 27-member state bloc. However, Canada refused to rollover the negotiation after the UK government published a temporary tariff rates, which would grant tariff-free access to 87% of imports in case of a no-deal Brexit without requiring similar arrangements for British exports. This was to prevent a total collapse of the British economy as the country will need to make a bilateral trade agreement first following its withdrawal from the European Union. The UK hasn’t negotiated trade since 1972.

The pair failed to sustain its strength after it broke out from a major resistance line, which will send the pair lower towards a major support line. New Zealand was planning to take over Australia to become a regional power in the Asia-Pacific and directly competes with Japan to dominate the pacific rim trade pact, the CPTPP (Comprehensive and Progressive Trans-Pacific Partnership). However, Japan, unlike New Zealand, had a more mature economy and was important to the global trade order as one of the major importers of goods and as a major exporter of technological equipment. Aside from these, Japan had also made efforts in the recent years to ratify the Article 9 of the Japanese Constitution, which prohibits the country from maintaining military arsenals. The country had also entered into a trilateral agreement with the United States and Australia to patrol the disputed islands in the South China Sea.

The pair was expected to bounce back after being sold down heavily in the past few days, which will send the pair higher towards a major resistance line. In 1997, the United Kingdom handed Hong Kong to China with an agreement that the country will be under a “one country, two systems” policy, which will grant Hong Kong an autonomy during the 50-year transition of the country to China. However, in the past few years, following the seizure of Chinese Communist Party of Hong Kong politics, the autonomy granted over the country was blurring. This had led to protest by Hong Kong citizens, fueled by the law which will extradite people from Hong Kong to mainland China. Also, Hong Kong is being used by China as a pawn in its trade war with the United States. And the protest will be an advantage for the U.S. to prevent the country from undermining U.S. sanctions.

The pair bounced back from a major support line, which will send the pair higher towards the nearest resistance line. he United States and Singapore held an engagement that represented the first step by both countries to officially operationalize a defense partnership in the area of artificial intelligence (AI). Beyond its individual significance, the engagement also highlighted ongoing efforts by the two countries to strengthen cooperation in new areas of the security aspect of their bilateral ties. The U.S. and Singapore have long viewed each other as vital strategic partners, and that extends to the security realm as well, with the United States being a key supplier of defense technology and facilities for military training for Singapore, and the city-state is a valuable regional partner across a range of issues from counterterrorism to maritime security, while also hosting a U.S. Navy logistics command unit that coordinates regional operations.