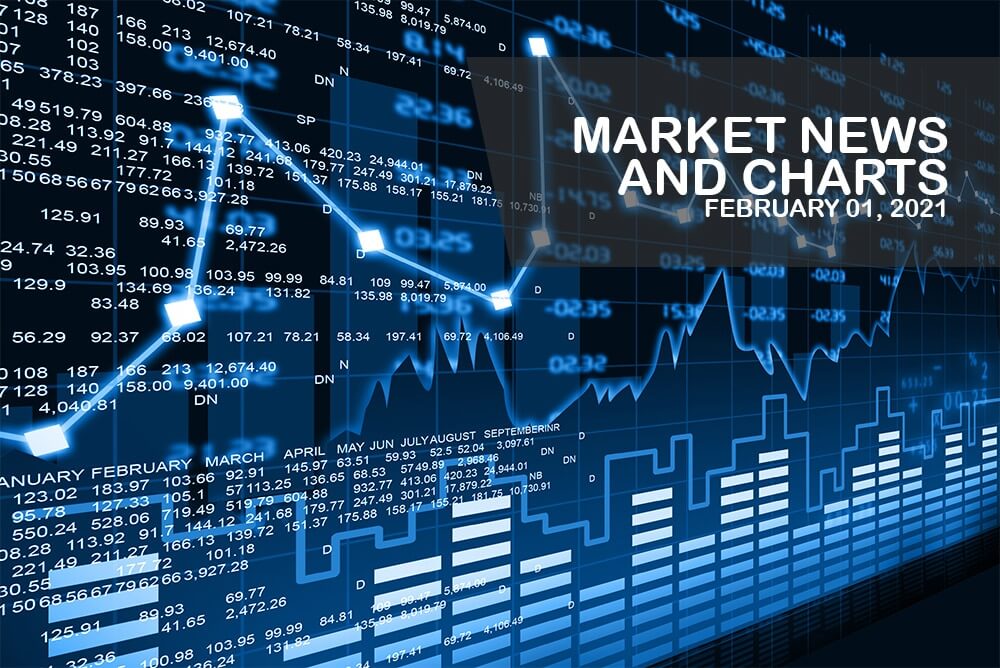 The pair will continue to move higher in the following days towards the 0.95000 resistance area. The Canadian government continues to incur budget deficit. On Friday’s report, January 29, the budget balance in November YoY shrinks by -232.02 billion against the prior month’s -216.62 billion data. Meanwhile, GDP data increased by 0.7% compared to October’s 0.4% result. Despite the upbeat data for the gross domestic product, the growth is still slow in comparison to the number 5 months ago. Analysts expect that the poor performance of Canada will continue in the upcoming reports. A sign of weakness was already seen on the Building Permits report for the month of December. On Thursday, January 28, the reported figure came in at -4.1% against the prior month’s 12.9% data. In other news, the Canadian economy suffered its steepest economic contraction in history. For fiscal 2020, the GDP growth declined by -5.1%.

The pair will fail to break out from its current resistance line, sending the pair lower. The British pound will experience some weakness in coming sessions against the greenback. This was following the reports that Bank of England (BOE) Governor Andrew Bailey wrote letters to banks and builders if they can withstand a negative interest rate. The central bank chief argued that pushing the lending rate below the 0.10% benchmark could expand the economy. The BOE might be pressured to do so as consumer credit is expected to decline for the third consecutive month. For Monday’s report, February 01, analysts are expecting the data to decline by -1.100 billion. In other news, Chancellor of Exchequer Rishi Sunak is looking to increase capital gains and corporate tax to cover the financial expenses caused by the coronavirus pandemic. The proposal for corporate tax is at 24%. These efforts are expected to raise around 400 billion GBP for the British economy.

The pair will trade lower and revisit its previous low from June at 1.50877.  The EU and its member states will either have the same figure for its Purchasing Managers Index (PMI) reports or a lower number. This means that analysts should expect a disappointing figure on Monday’s reports, February 01. The EU bloc and France are expected to retain their 54.7 points and 51.5 points results in the most recent report for PMIs. Meanwhile, Germany, Italy, and Spain are projected to post lower figures at 57.0 points, 52.4 points, and 50.9 points, respectively. As for the Retail Sales reports of the EU’s largest economy, all data were in red. Growth has slowed down on an annual basis to 1.5% for December, the lowest number since March. Meanwhile, the MoM report shrinks to its lowest level since reporting began in 1994. The published result was -9.6%. Another catalyst for the weakness of the single currency was the delay in Q1 vaccine deliveries.

The pair is expected to break out from its current resistance line to reach the 80.000 price area. The Japanese government is considering extending the State of Emergency in the country, which could further delay the recovery in the world’s third-largest economy. This policy by Prime Minister Yoshihide Suga has helped Tokyo to curve its COVID-19 cases but at the expense of its economy. In December, industrial production shrank by -1.6% against the 0.5% result prior. Meanwhile, household confidence for the month of January declined to 29.6 points from 31.8 points. On an annual basis, this represents a -9.0% decline. As for the construction orders, the negative results extend for the fourth consecutive month. The figure from Friday’s report, January 29, showed a -1.3% decline. In other news, Finance Minister and Deputy Prime Minister Taro Aso will hold his first discussion with Treasury Secretary Janet Yellen on Monday, February 01.

India wants to End Crypto Scams with the Proposed Ban