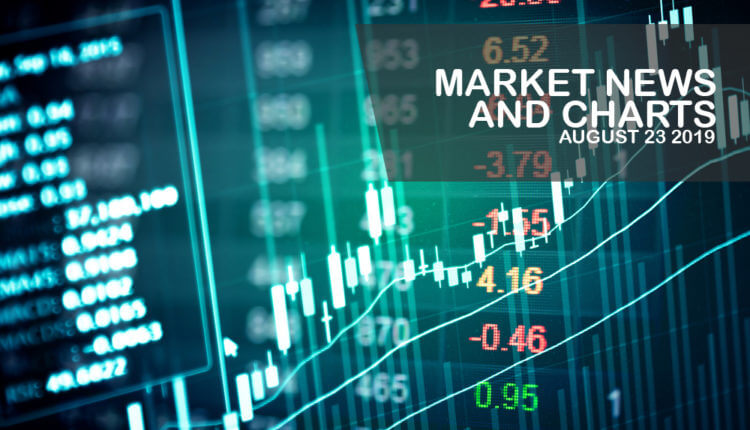 Hey traders! Below are the latest forex chart updates for Friday’s sessions. Learn from the provided analysis and apply the recommended positions to your next move. Good day and Good Luck! Read more about Market News.

The pair was expected to go up in the following days after it found strong support from a downtrend support line. One (1) of the major concerns surrounding the economies right now was the impact of climate change to each country’s economy. The United States was expected to lose 10.5% of its GDP by 2100 due to the impact of climate change, while Japan, India, and New Zealand was expected to lose 10% of their income. Aside from the climate change, concerns also arises from U.S. President Donald Trump’s protectionist policy, which is disrupting the global order. Now, transpacific countries are coming up together to create a multi-trade deal known as the CPTPP (Comprehensive and Progressive Trans-Pacific Partnership), a pact that formerly involved by the United States before its withdrawal. In line with these, however, New Zealand and Japan’s economies are being hit following the global economic uncertainty. Read more about Market News.

The pair failed to retest a major resistance line, which was supposed to send the pair to its all-time high. The United States, the defender of democracy, is hands-off to the Hong Kong unrest triggered by an extradition bill that will allow China to get people from Hong Kong and move them to the country to face trial. Political analysts saw this move by China as a violation of Hong Kong’s autonomy granted during the 1997 handover of the United Kingdom to China. China’s Foreign Ministry claimed that there is a powerful evidence that the United States has been involved in the protest, including House Speaker Nancy Pelosi and Senate Majority Leader Mitch McConnell, although the minister neglected to mention the latest statement from U.S. President Donald Trump linking the trade talks between the United States and China with the anti-government protests in the city. Read more about Market News.

The pair failed to breakout from a major resistance line, sending the pair lower towards a major support line. Singapore hosted the signing ceremony for the “Singapore Convention on Mediation”. The signing ceremony is significant for the small island state not least because of the name of the convention, but also because it signifies the growth of the legal landscape in Singapore, in its bid to become a dispute resolution hub in the region and beyond. The Singapore Convention was signed by 46 countries, including China and the United States. In line with this, Singapore’s Prime Minister Lee Hsien said the country will stick to its policy of maintaining good ties with the U.S. and China and calls on a resolution that will end the trade dispute between the two (2) largest economies in the world. Despite this, Singapore is dependent on the U.S. for its military equipment and was a major influence on the Singapore strait. Read more about Market News.

The pair will continue to further move lower in the following days after it broke down from a key support line, sending the pair lower toward its 12-month low. Denmark was caught between the United States and China. Denmark was expected to balance the power of Germany and France as it was seen to replace the United Kingdom on EU’s trilateral balance once Britain leaves the bloc until October 31. However, following the election of the new Danish Prime Minister Mette Frederiksen, everything had changed. She met with German Chancellor Angela Merkel in what is seen as a submission of Denmark over Europe. U.S. President Donald Trump on the other hand was supposed to visit Denmark to meet her counterpart but was cancelled because PM Frederiksen refuses to discuss the sale of Greenland, which was part of the Kingdom of Denmark. This was part of Trump’s plan to counter Russia in Europe and in the Arctic. Read more about Market News.

Oil industries in Canada and Russia