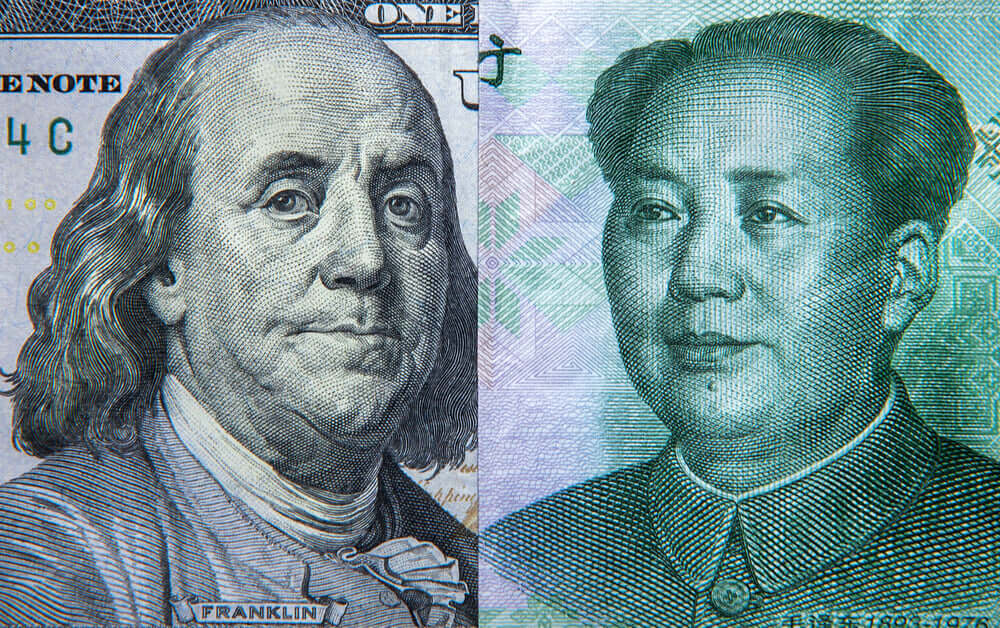 FX LIVE – On Tuesday, the yuan edged up against the dollar. This followed after reports revealed that talks between U.S. Treasury Secretary Steven Mnuchin and China Premier Liu He had resumed.

Meanwhile, Wall Street reported on Monday that Mnuchin and He had a phone conversation last week according to sources.

Further, the WSJ said that the discussion did not direct to any breakthrough concerning the US-China trade war.

Later this November, Donald Trump is likely to meet Xi Jinping at the Group of 20 nations summit.

Major state-owned Chinese banks are selling US dollars in onshore spot forex market at around 6.97 CNY/USD. This was according to Reuters reports on Tuesday. Moreover, this happened as part of their attempt to stem the Yuan drop.

Considered as a safe-haven asset, the Japanese yen declined in battling against the dollar. This was in opposed to the tech-led slump on Wall Street overnight.

The USD/JPY traded 0.14% higher to 114.00. The renewed optimism about the US-China trade war served as a catalyst for the selling in the Japanese currency.

Meanwhile, the US dollar index, which measures the greenback against a basket of other currencies, dropped 0.2% to 97.35.

The GBP/USD pair made a three-day slump as traders wait on U.K. Prime Minister Theresa May’s decision on her Brexit plan.

The dollar traded just below a 16-month high in battling against major peers, benefiting from safe-haven flows. This was amid the avoidance of investors to riskier assets due to political uncertainties in Europe. Moreover, this was along with the worries of a global economic slowdown.

The confidence of investors weakened due to the worsening US-China trade war. Further, fears of a no-deal Brexit and EU and Rome standoff on Italy’s budget dissolved investors’ confidence. Also, added to the list is the view that corporate earnings have reached a climax on the increased borrowing costs.