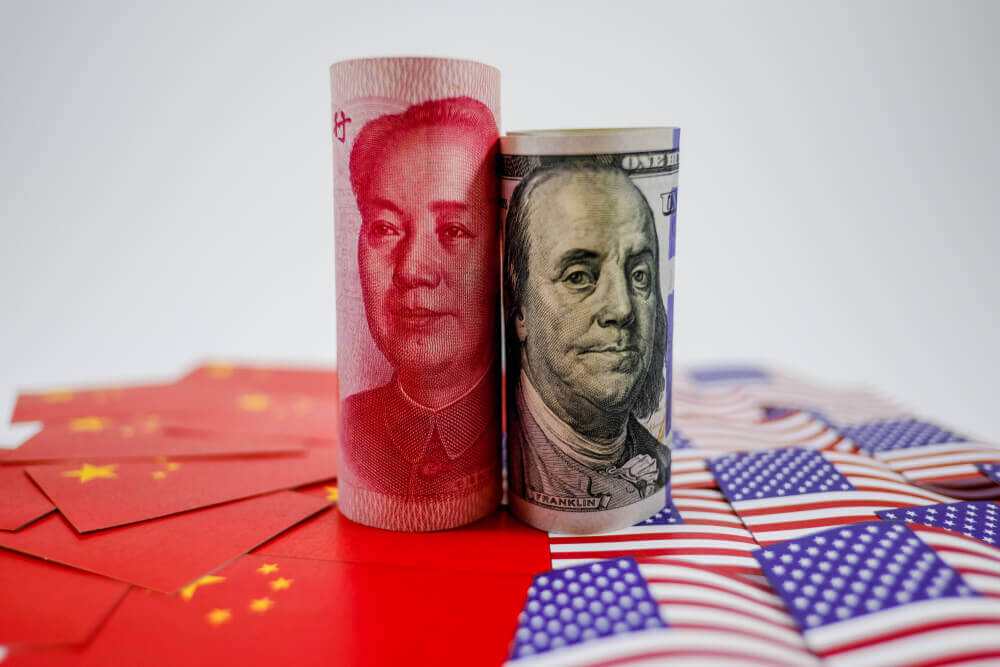 FOREXWORLD – Bloomberg reported on Tuesday that the Chinese yuan increased while the US dollar was broadly steady on the expression of a senior US Treasury official about the fall in the Chinese currency.

Moreover, Bloomberg cited the Treasury official, stating that the United States is considering naming China as a “currency manipulator” in a report next week.

The USD/CNY pair traded at 6.9197, lower 0.2%. In the previous session, the yuan was under pressure and declined to its lowest level in seven weeks. This followed after the announcement of the People’s Bank of China on Sunday that there would be a 1% decline in the required reserve ratio (RRR) for some lenders.

Starting on October 15, the cut will be implemented as per the official statement of the central bank on its website.

According to the central bank, there would be a release of a total 1.2 trillion yuan ($175 billion), of which 450 billion yuan will repay existing medium-term funding facilities.

Chinese Foreign Minister and State Councilor Wang Yi on Monday placed accusation to the US for “constantly escalating trade friction toward China,” and making “groundless criticism of China’s domestic and foreign policies.” This was said during a meeting with US Secretary of State Mike Pompeo.

“The issues that you have characterized, we have a fundamental disagreement,” Pompeo responded.

In the past six months, the Chinese currency declined closely 9% in battling against the greenback. Further, US President Donald Trump has also placed accusation to China for intentionally declining its currency in multiple occasions this year.

Meanwhile, the US dollar index, which tracks the dollar against a basket of other currencies, stood firm at 95.44.

“The rise of U.S. Treasury yields is causing a correction of U.S. equity markets, which is typically a risk-averse situation and causes the stronger yen. The fall of the dollar/yen, typically below 113, is a good chance to buy the dollar on dips,” said Masafumi Yamamoto, chief currency strategist at Mizuho Securities in Tokyo.

Elsewhere, the AUD/USD and the NZD/USD pair both traded 0.1%.

On Tuesday, International Monetary Fund Chief economist Maurice Obstfeld said that he doesn’t have any concerns about the ability of the Chinese government in defending yuan despite the currency’s recent depreciation.

When asked about the issue regarding the sidelines of a news conference at the IMF and World Bank annual meetings in Bali, Obstfeld stated, “no, I don’t think it’s a problem.”

However, Obstfeld told the news conference that China would have a “balancing act” between actions to prop up growth and guarantee financial stability.

“They do have to balance those actions against the need to achieve a more stable financial sector, to achieve more deleveraging, and they have to exert better control over local government financing. It’s definitely going to be a balancing act for them,” Obstfeld said.