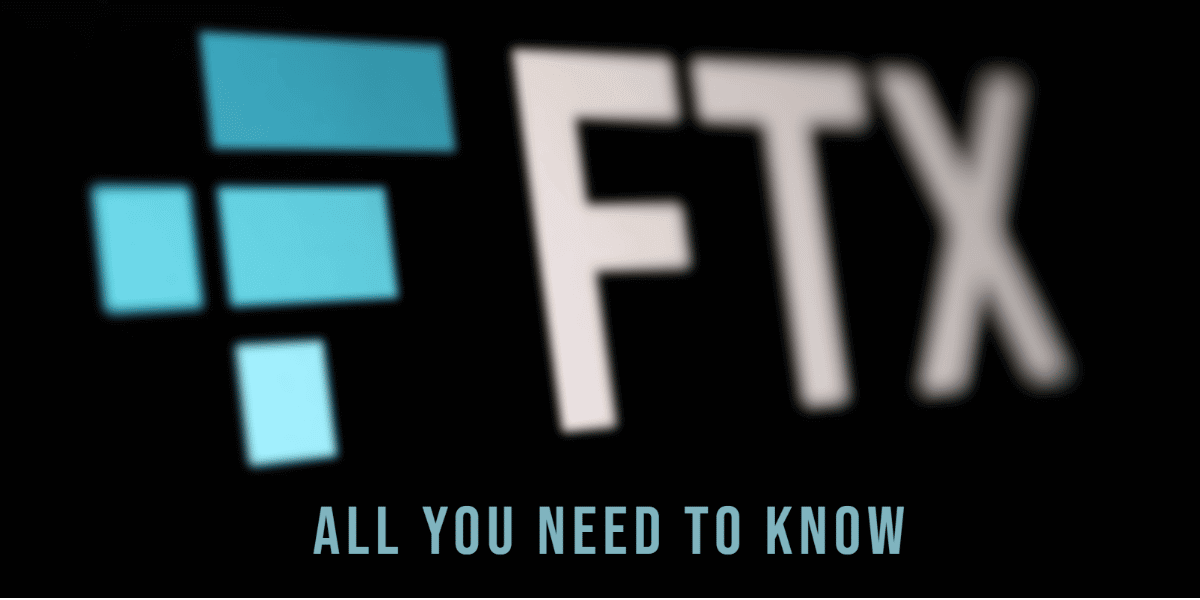 Sam Bankman-Fried was one of the most famous crypto personalities in the world. Without exaggeration, he was heralded as the savior of crypto.

Nevertheless, his crypto empire ceased to exist. What is behind the FTX crypto crash? Let’s find out!

In order to understand the whole picture, it is desirable to learn more about the founder and former CEO of FTX, which was one of the largest crypto exchanges in the world.

Interestingly, the above-mentioned crypto exchange’s former CEO vaulted to celebrity with his attempts to make FTX a household name.

What’s important, many famous athletes, as well as musicians, participated in FTX advertisements. For example, Tom Brady and his then-wife Gisele Bündchen. Moreover, the crypto exchange’s founder and the crypto exchange were among the biggest donors in the midterm election cycle.

We also need to mention that Bankman-Fried extended loans in order to support other crypto firms.

So, what happened to one of the most famous crypto exchanges?

Both of them worked for Jane Street Capital when they met for the first time. Caroline Elisson later became chief executive of Alameda Research. As a reminder, its founder remained the CEO of the above-mentioned crypto exchange.

According to Bankman-Field, Alameda Research didn’t have any special privileges on FTX. However, the situation is more complicated than it might appear at first glance.

It is worth noting that Alameda Research spent a lot of money in order to buy stakes in startups. What’s interesting, Alameda Research used FTX’s own cryptocurrency as collateral for borrowing.

One of the largest crypto exchanges in the world made the decision to lend billions of dollars worth of customer assets to assist Alameda Research in dealing with its funding gap.

What’s important, the above-mentioned crypto exchange’s situation worsened on November 2. On that day, CoinDesk published a report. According to CoinDesk’s report, the financial health of FTX was far from ideal. The situation regarding Alameda Research was also quite difficult, according to the same report. The report indicated that the vast majority of Alameda Research’s balance was made of FTX’s own cryptocurrency, FTT.

Interestingly, FTX was struggling to cope with problems. It even agreed to sell itself to its rival, Binance. However, Binance changed its position regarding FTX.

Shortly after, Bankman-Fried left his post. So, he is no longer in charge of FTX. Moreover, one of the largest crypto exchanges in the world filed for bankruptcy.

FTX and the legal side of the topic

As stated above, the situation regarding FTX is far from ideal.

John J. Ray is the current CEO of FTX; he replaced Bankman-Fried, who was the previous CEO of FTX. It is worth noting that he has helped oversee some of the highest-profile bankruptcies in history. For instance, Enron.

Even John J. Ray was surprised when he started to realize the severity of the problem. According to the current CEO of FTX, he has never seen anything as bad as the above-mentioned crypto exchange.

Recently, FTX made its appearance in Delaware bankruptcy court.

In a court filing, FTX’s new CEO described the disarray at FTX as unprecedented. He stated that supervisors used to approve payment requests with emojis.

One of the main questions is, “Will users ever see their money again?” Unfortunately, it is very hard to say for sure.

Even the crypto exchange’s current CEO and those working with Ray don’t know how much cash or crypto they will eventually find at the above-mentioned crypto exchange.

Apart from the above-mentioned creditors, the crypto exchange has many other creditors. According to FTX’s lawyers, there may be over 1 million creditors.

Let’s focus on one interesting fact for a second. The crypto exchange’s founder cashed out $300 million out of a $420 million funding round. What’s interesting, over $370 million appears to be missing as a result of a possible cyberattack. The cyberattack mentioned above happened after the bankruptcy filing.

However, we shouldn’t forget about other companies. BlockFi is one of them.

BlockFi is also struggling to deal with problems. It is worth mentioning that the company also has filed for bankruptcy in the US.

Importantly, BlockFi had already halted the vast majority of activities on its platform due to “significant exposure” to the crypto exchange founded by Bankman-Fried.

What’s interesting, FTX helped to save BlockFi earlier this year.

However, this time the situation is absolutely different. Why? FTX won’t be able to save BlockFi.

As stated above, the crypto giant is in trouble. The crypto exchange’s CEO, Bankman-Fried, left his post this month. Moreover, FTX declared bankruptcy.

As a reminder, BlockFi offered loans as well as other financial services supported by borrowers’ crypto assets.

BlockFi and its problems

According to BlockFi, it owes money to over 100,000 creditors. We need to mention that BlockFi listed FTX as its second-largest creditor. BlockFi owes FTX $275 million.

Furthermore, BlockFi owes tens of millions of dollars, more precisely $30 million, to the Securities and Exchange Commission. According to the commission, BlockFi didn’t properly register its products and misled the public regarding the risk levels in its loan portfolio as well as lending activity.

The company said the Chapter 11 bankruptcy filing would allow it to create a reorganization plan. Based on the information provided by the company, it has more than $256 million in cash on hand.

Its history dates back to 2017. The goal of BlockFi was to serve as a liaison between cryptocurrencies and traditional financial products.

BlockFi raised hundreds of millions of dollars from famous tech investors. For example, Tiger Global and Capital Ventures invested in BlockFi. In 2021, as the price of cryptocurrencies skyrocketed, BlockFi said it managed over $15 billion in assets.

The state of Voyager Digital is also far from ideal. The company filed for Chapter 11 protection this summer. Interestingly, Voyager Digital filed for Chapter 11 protection after the crypto hedge fund Three Arrows Capital defaulted on a loan. The above-mentioned crypto hedge fund defaulted on a loan from the company worth $670 million.

Unfortunately, users have been unable to retrieve their funds since Voyager Digital paused withdrawals amid a crypto crisis.