Non-fungible tokens (NFTs) are quite popular around the world. Without exaggeration, they have changed the world. But what about the NFT crash? Let’s find out!

It is important to understand what is behind the NFT crash. It is no secret that there has been a decrease in activity for buying and selling non-fungible tokens causing the NFT market crash.

Without a doubt, the bear market in cryptocurrencies played an important role. Nevertheless, we shouldn’t forget about other factors. So, “Why did the NFT market crash?”

According to some people, NFTs are dead. However, that is hard to believe after taking into account recent news. Recently, CryptoPunk was sold for $4.5 million. Moreover, Tyler Hobbs’ NFT was sold for $17 million. Also, a Bored Ape Yacht Club was acquired for $1 million.

So, it is too early to say that NFTs are dead.

Nevertheless, it is crucial to analyze what is behind the NFT crash. So, “Why did the NFT market crash?

Let’s start from the beginning. As you know, one of the largest crypto exchanges in the world declared bankruptcy. Yes, FTX is struggling to deal with various issues.

Its decision to declare bankruptcy had a serious impact on its users and the crypto market in general. To cut a long story short, one of the most recognizable crypto exchanges in the world went bankrupt. With it, millions of dollars that belonged to investors were removed from the crypto market. Unsurprisingly, the prices of cryptocurrencies fell by more than 15% in a single day.

A combination of factors caused the NFT crash. When it comes to factors, we need to mention NFT scams.

One of the main reasons is a scam, more precisely, numerous scams. We need to admit that there is no shortage of scams.

As a reminder, scams include rug pulls-a scheme that occurs when crypto developers sell their digital assets to clients before abandoning the digital assets.

Hopefully, it is possible to minimize risk factors.

It is crucial not to share your crypto information with others. Moreover, it is important to hide your seed phrase.

Furthermore, it is vital to use two-factor authentication. You shouldn’t rely only on your passwords.

NFTs gained popularity among investors in 2021 as crypto-rich speculators rushed to take advantage of high prices. However, the situation changed in 2022.

Interestingly, the third quarter of the year saw $3.4 billion in NFT sales, down from more than $8 billion in the previous quarter.

Furthermore, sales on OpenSea declined for the fifth month in a row in September. It is worth noting that OpenSea is the largest NFT marketplace in the world. As of November 22, it has more than 2 million active users as well as a daily trading volume of more than $6 million.

It is quite easy to spot the top and most popular collections per category. Users have the opportunity to filter the results by time periods, such as 24 hours and seven days.

What else do you need to know? 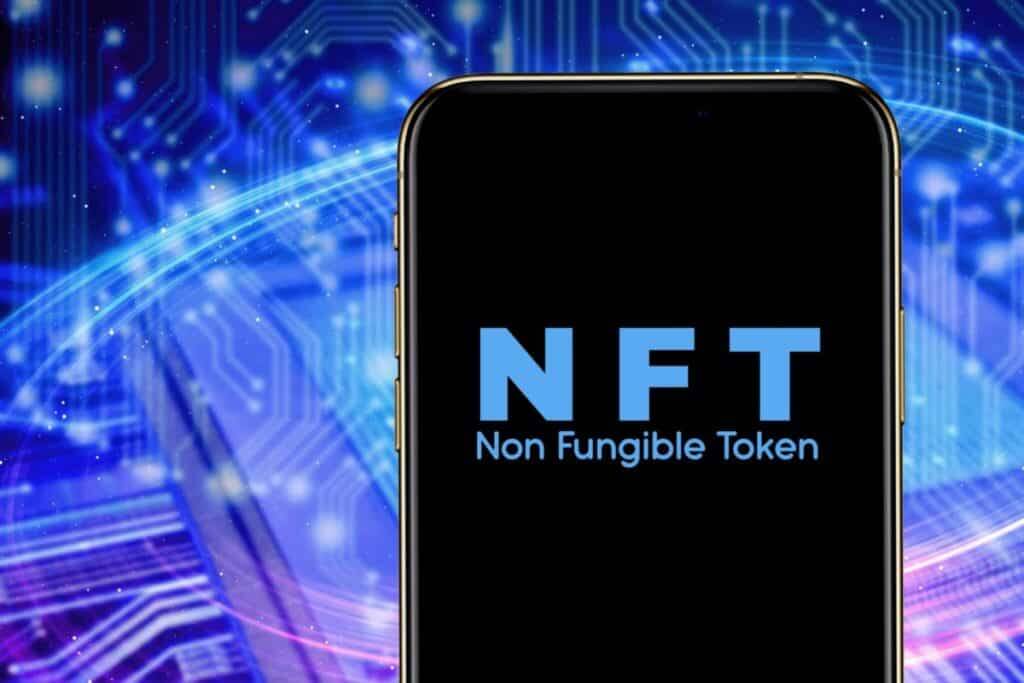 As stated above, NFT scams played a role in the NFT crash. So, it is important to minimize risk factors.

Don’t forget to check whether the NFT projects have blue tick marks next to the sellers’ names. Also, it is a good idea to take a look at their social media channels as well as listings.

Some people might think that it is very hard to implement the above-measured security measures. Hopefully, you don’t have to be a computer scientist in order to implement them.

As stated earlier, NFTs are quite popular. However, there is no lack of challenges as well.

Even many experts don’t necessarily completely understand the role of NFTs. Furthermore, there are many questions about the future of NFTs.

It is worth mentioning that the critical aspect of NFTs includes representing one-of-a-kind, reliable ownership of all assets as well as files. So, it is possible to use NFTs for various purposes. For instance, NFTs can represent event tickets, academic credentials, etc.

Furthermore, NFTs offer creatives, like musicians, autonomy. Moreover, they offer control over their data and creations.

The crypto market suffered serious losses. As stated earlier, there has been a decline in cryptocurrencies.

Ethereum, the world’s second-largest cryptocurrency in terms of market capitalization, suffered losses. As a reminder, tens of thousands of NFT collections live on the Ethereum blockchain.

In spite of an NFT crash, the NFT market has the potential to play an important role in the modern world.

As in the case of real estate, everything that goes up must, at some stage, go down. Consequently, a lot of people involved in Web3 are taking a break in order to progress beyond avatar art. It is possible to use digital assets in order to support various sectors.

So, it is crucial to explore possible use cases as well as outcomes of NFTs rather than perceiving digital assets as JPEG files that sell for millions of dollars. In spite of all challenges, including the NFT crash, the technology has an almost limitless application that goes far beyond simple pixelated art.

Importantly, if every person were also to research NFT projects before purchasing such assets and not click on suspicious messages, the projects and the industry, in general, would have a much better reputation.

It is hard to deny the fact the blockchain technology utilized for NFTs has already changed the world. People shouldn’t forget about the importance of NFTs.

The situation regarding FTX also affected the NFT market. How? Let’s find out!

As a reminder, one of the largest crypto exchanges in the world went bankrupt. At some point, its rival Binance wanted to buy FTX. However, it changed its position regarding FTX.

The crypto giant’s decision not to buy its rival has the potential to create additional problems for the NFT market.

In 2021, FTX moved its headquarters from Hong Kong to The Bahamas.

On November 13, the authorities in The Bahamas made an important announcement. According to the announcement, authorities are investigating potential criminal misconduct surrounding FTX’s implosion.

Sam Bankman-Fried was considered one of the most popular crypto personalities. He used to play an important role in the crypto industry. For example, he helped to rescue companies.

The above-mentioned crypto exchange, backed by elite investors like Sequoia Capital, rapidly became one of the most popular crypto exchanges in the world. FTX’s collapse was preceded by the decision to lend billions of dollars worth of assets that belonged to users to fund risky bets by Alameda Research. What’s interesting is that Alameda Research was founded by Bankman-Fried and Tara Mac Aulay.

On November 12, FTX made an interesting announcement. According to the announcement, it decided to launch an investigation. The company wants to know what happened to crypto assets. Based on the information provided by the crypto risk management firm Elliptic, hundreds of millions of dollars have been nabbed from the crypto as mentioned above exchange. 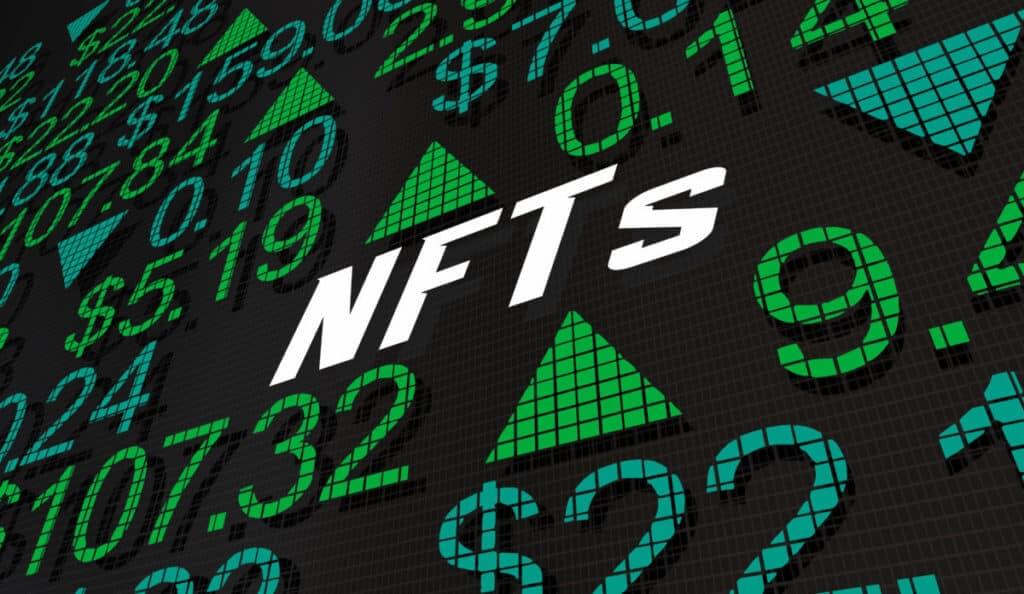 Why did NFT crash?

Without a doubt, an NFT crash had a serious impact on the reputation of the NFT market. However, it is important not to panic.

Unfortunately, this isn’t the first (and most likely not the last) time the NFT market has been affected by a crypto platform. We need to mention that Non-fungible tokens are an integral part of the modern world. So, it makes sense to learn as much as possible about NFTs.

7 Strategies for Self-Protection in the NFT World