UK Prime Minister Theresa May has announced a new attempt to get her notoriously rejected Brexit divorce deal through the Parliament, with indications of a second referendum. However, many have been criticizing the ‘new’ deal, saying it was the same as the previous versions.

May has outlined a 10-point strategy in what she claimed was “a new Brexit deal,” which appeared to be largely similar to her previous Brexit deals.

There were additions to the deal and were apparently designed to appeal to the support of the Members of Parliament (MPs).

“If MPs vote against… this bill, they are voting to stop Brexit,” said May.

The plan has already been turned down three times by the House of Commons. As a repackaging attempt, May has rolled it up into a wider set of legislation that deals with Britain’s exit from the European Union.

According to May, failure to agree to the deal would result to a “nightmare future of permanently polarized politics.”

“The Prime Minister’s proposals are worse than before and would leave us bound deeply into the EU,” said Jacob-Rees Mogg, who is a Conservative MP and a leader of a pro-Brexit group in the PM’s party. 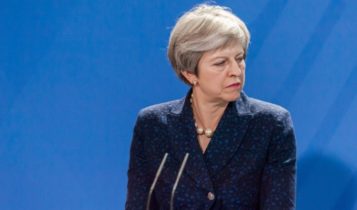 The 10-point plan puts a legal obligation on the government to seek alternative arrangements to the controversial “backstop” arrangement, which is an insurance policy created to prevent a hard border on the island of Ireland, by December of 2020.

The arrangement has been opposed by the Democratic Unionist Party (DUP), whose 10 MPs prop up May’s minority government in Parliament.

“We will examine the legislation closely when the bill is finally published but the fundamental flaws of the draft Withdrawal Agreement treaty itself remain unchanged,” said Nigel Dodds, who is the DUPs parliamentary leader.

Meanwhile, the supporters of a second referendum called “people’s vote” were still not convinced by the process that the PM outlined.

The deal was a “hotchpotch” offer that should be rejected, according to Margaret Beckett, who supports the official people’s vote campaign.

May will be putting her Withdrawal Agreement Bill before the House of Commons in June. It will be her fourth attempt at having it approved. May is also facing mounting pressure calling for her to quit.

Huawei Gets Support From Chinese Consumers