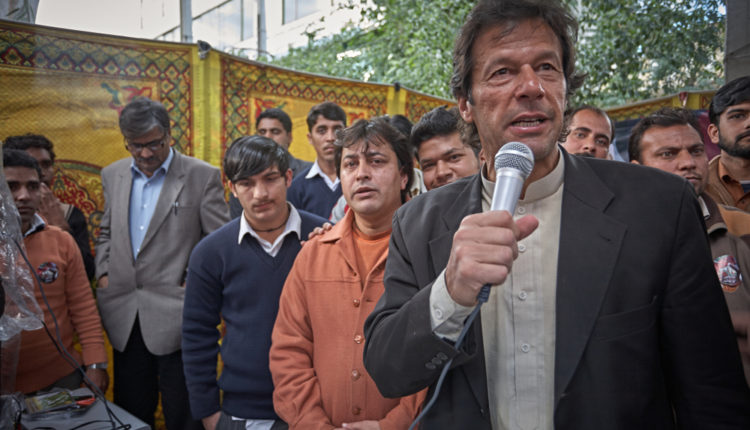 Imran Khan, the Pakistani Prime Minister, has once again urged the US President and the UN to mediate between Pakistan and India over the disputed territory in Kashmir.

Speaking to CNBC, Khan claimed that India had adopted to “extremist ideology,” which could potentially escalate into armed conflict between the two rivals.

Khan emphasized that Kashmir was a more severe problem than the world realized. He pointed out that Hindutva, also called RSS – an extremist ideology had become popular in India. He said this in Davos Switzerland during the World Economic Forum.

Khan said Pakistan and India both own two nuclear weapons. That’s why he believes intervention from Trump or the UN would be positive.

The special status had allowed it to make its own laws.

But now, outsiders can move in, settle, buy land, even take government scholarships and jobs.

Expecting backlash, India had deployed tens of thousands of troops across the Kashmir valley. It also banned public movement, shut down colleges, schools and cut off internet access – all affecting millions of people living in the area.

Meanwhile, India’s position has been that removing the special status would help the state grown.

Pakistan and India lay claim to the Kashmir area in full but only control parts of it. They have fought multiple wars over it. An insurgency that started in the late 1980s has affected parts that India controls.

According to a Reuters report, India’s supreme court ruled the indefinite internet shutdown in Kashmir illegal. The court rebuked the Indian government for the communication lockdown.

“Kashmir is a disputed territory between Pakistan and India,” Khan said.

According to Khan, the people of Kasmir could decide which country they wanted to join through a referendum. India has annexed the disputed territory and now trying to change the people’s demography, which is a war crime, according to the 4th Geneva Convention.

India has always maintained the Kashmir conflict as a bilateral issue, while Pakistan calls for intervention.

Khan is also concerned about the ongoing protests in India over a controversial bill passed last December. Many say the bill was set to excessively affect Muslims.