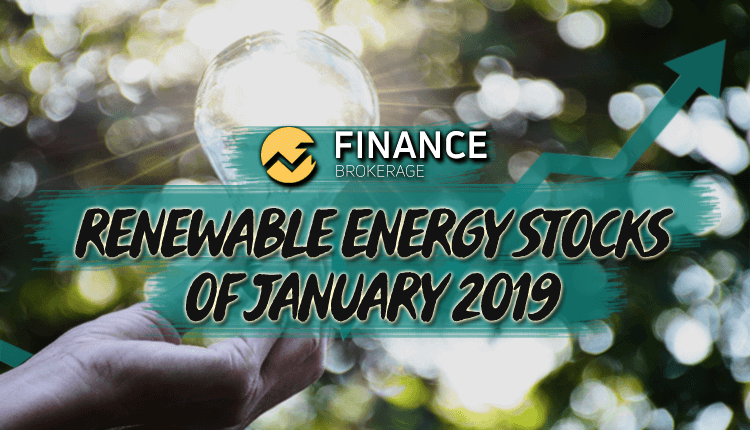 The fact is, fossil fuel still is the most used and popular energy source worldwide. However, renewable energy stocks sources such as solar power continuously gain popularity considering the number of its global usage. According to the Solar Energy Industries Association, within the year 2018, new solar energy developed from various sectors. That includes utilities, energy, industrials and more. First Solar Inc. and SunPower Corporation are both headline companies in their industry today. Major mainstream utilities and energy companies have solar and renewable energy sectors. Above all, the majority of the corporations doesn’t usually carry a listing for a solar company. They aren’t that giving much effort to develop in the said area.

The Solar energy is booming as of now. Estimation shows that for the next five years, it could bring up to 68 gigawatts of solar capacity. That is of course double of today’s capacity. Believe it or not, about more than three-quarter of the Americans consider investing more in solar energy.

But last year, the month of December is challenging for companies involving solar energy. All prompted by a wide selling decline across the market. But the fact is, there are other factors to consider. That includes the uncertain approach of Trump administration to renewable energy, natural disasters, and other external events.

In this post, let us list down the top-performing solar energy stocks. All of which have market caps of at least $2 billion since December last year. Let’s now have a rundown from the highest performing solar stock from December 3 to December 31, 2018.

A New York-based own and operating with renewable power assets. The company owns both solar and wind producing energy assets. A total combination production of 3600 MW residing across the United States, Canada, Spain, Chile, Uruguay, Portugal, and the United Kingdom.

Last November, the company reports significant Q3 results. The CEO of TerraForm, John Stinebaugh explained, “in the past year, we have made significant strides to extract additional cash flow from our existing portfolio of assets. As we look forward, we are turning our focus to deploying capital to grow our business through organic growth opportunities and add-on acquisitions.”

During the Q3 last year, TerraForm had more than 2,000 GWh power. That was a higher energy production comparing to the 1,400 results for Q3 of the year 2017. Even with a huge loss last December, it still deserves the top position among the rest.

Ormat Technologies, a Nevada-based company, focusing on building and designing power supply devices. All devices are for renewable power plants for about 30 countries. It started in the year 1965, and one of the most stable renewable energy operating in the United States. They built one of the first solar energy power stations worldwide. That first solar energy station is in Israel.

During Q3 last year, the company’s total revenue goes up by 6%. Ormat sees that their operations in Hawaii close during that period. Even so, Ormat Technology’s revenue is up 5.4% year after year.

First Solar Inc. is a solar energy technology residing in Arizona. The company markets itself with the “strongest balance sheet in the industry.” First Solar’s priority is R&D, emphasizing on their developing yield and grid at the same time decrease on expenses.

As First Solar offer strong value, they cannot differentiate themselves from the growing competition within its market. The good thing is, First Solar enjoys the inclusion of tariffs from their solar panels. They also provide expectations for increasing demand for solar panels this year, the company has their growth potential.

The Pattern Energy Group mainly operates utility-scale of projects in the United States, Japan, and Canada. They launched during the year 2009 and was the IPO’s in 2013. The company since then grows triple of their size, given time to offer publicly. The operational capacity of Pattern Energy Group as of now maintains nearly 3,700 MW.

The company performs well and shown significant growth. That includes their cash flows, revenue, and dividends. To ensure the company’s cash flow and dividends they hold 8%+ yield. The company currently remains with a strong purchase towards the future.

The company mainly builds and spread devices and technology for the photovoltaic arrays. Locates in Israel, which was launched during the year 2006 and then goes to IPO during the year 2015. During the latter part of 2015, SolarEdge made a partnership with Tesla Motors. SolarEdge and Tesla together then develop a photovoltaic power. That becomes a power solution for residential markets.

Similar to the other solar panel producers and other related devices, SolarEdge had difficulties with various factors. That includes the tension among U.S and China trade, tariffs, and other issues on Trump’s administration.