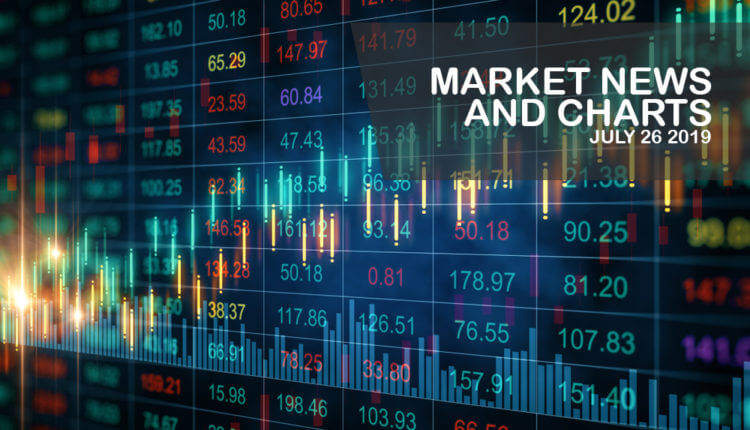 The pair was seen to breakdown from the downtrend channel support line, sending the pair lower towards its 4-month low. Australia and New Zealand was seen patching up their relationship following months of hostile events that diverged these countries from each other. Australia and New Zealand Prime Ministers, Scott Morrison and Jacinda Ardern, had recently held a bilateral talk to further increase the cooperation between the two (2) countries. Along with the issues that they’ve discussed was the accommodation of immigrants. Australia’s Home Affairs Minister gave his strongest sign yet that the government will take up the six-year-old offer. However, this will be a slap to Australian politicians following the controversial remarks of an Australian senator wherein he stated that the reason for the Christchurch bombing attack was due to New Zealand’s poor immigration control.

The pair was expected to breakdown from a key support line, sending the pair lower towards a major support line. Last month, the European Union and the Mercosur, the largest trading bloc in the world and the largest trading bloc in South America, respectively, signed a historical deal that would end the 20 years of negotiation between the two (2) blocs. The deal was seen as an increase effort for the EU to protect globalization and ditch the idea of protectionism famed by U.S. President Donald Trump in the 20th century. However, just a month after signing the draft deal, the EU-Mercosur deal was already on risk of being rejected following the announcement of President Trump that he will impose tariffs on EU goods. This will push EU-member states with the strongest agricultural sector to turn down the recent draft deal and to ratify the existing deal prolonging a final trade agreement between the two (2) blocs.

The pair failed to breakout from a key resistance line, which will send the pair lower towards a major support line. U.S. President Donald Trump and South America’s Trump, Brazilian President Jair Bolsonaro, will be more integrated in the days to come. Eduardo Bolsonaro, President Bolsonaro’s son, was one of the candidates to become the next ambassador to the United States, while Eric Trump, President Trump’s son, is also expected to become the new ambassador to Brazil once Eduardo was picked. However, this optimism was quickly fading after a Brazil Supreme Court judge ordered Brazil’s state oil giant Petrobras to refuel two (2) Iranian ships stranded off the country’s coast. Petrobras has refused to provide fuel to the vessels, which have been stuck at Paranagua port in the southern state of Parana since early last month, for fear of breaching U.S. sanctions.

The pair will continue its rally after it broke out from a major resistance line, sending the pair higher to retest its previous high. Romania started the year by taking over the presidency in the EU Council. This gave the country the boosts needed to take over other key international organization and institutions. Recently, Mircea Geoana was elected by NATO (North Atlantic Treaty Organization) Secretary General Jens Stoltenberg to be the next Deputy Secretary General. This will make Geoana to become the Romanian with the highest position in an international organization.  And now, Romanian diplomat Cornel Feruta was appointed to become an acting director-general for the International Atomic Energy Agency (IAEA), which was a major organization overlooking nuclear activities around the world. This will further boost U.S. influence in Europe following its relationship with the Visegard Group.