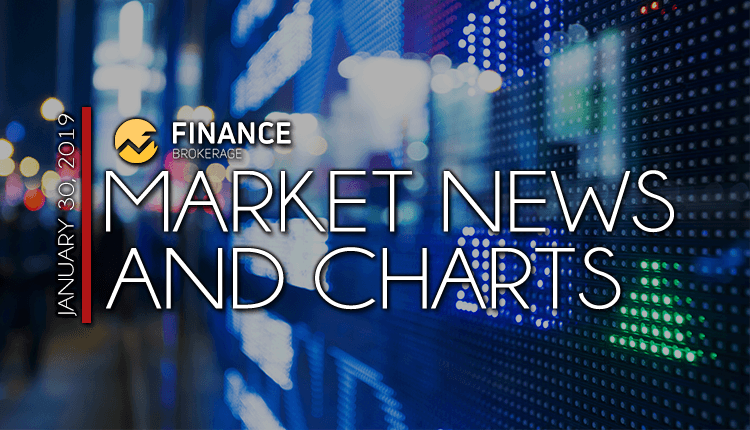 The pair was seen consolidating after it broke out of the down trend channel’s resistance line, but was struggling to sustain a demand and was expected to further go lower on a major support line. The Venezuelan crisis shows the widening gap with the relationship of the United States and Turkey. The United States, European Union and Brazil backed Venezuelan opposition leader Juan Guaido and acknowledged him as the Interim President after the Venezuelan election was seen as a sham, and that Nicholas Maduro is an illegitimate president. The government of Maduro was backed by Russia, China, and Turkey. Turkey is a major geopolitical position that serves as a gate of the East and the West. It was also sitting above the Middle East, which makes the country an important ally. However, Turkey fallout of favor from the United States after it choose Saudi Arabia despite evidence showing that its de facto leader and Crown Prince Mohammed bin Salman (MbS) was behind the killing of Jamal Khashoggi.

The pair found relief in a major support line, and was expected to retest its previous high. As New Zealand was gaining more influence and taking advantage of the current turmoil in the European Union, the EU Parliament voted to reduce New Zealand’s export rights of its beef and dairy products to the bloc if and when the Brexit occurs. New Zealand was the first country to express its willingness to make a bilateral trading agreement with the post-Brexit United Kingdom, while maintaining its current bilateral trade agreement with the EU. Aside from that, it was competing with Japan to become a major exporter of agricultural products in the CPTPP (Comprehensive and Progressive Trans-Pacific Partnership) bloc. It is also integrating its military with powerful countries like Australia, Canada, Japan, the United Kingdom, and the United States to contain China’s aggression in Asia Pacific.

The pair was expected to break out of a major support line, which will send the pair to a steep decline. The trade war between the United States and China along with the US withdrawal from major accords and pacts had reshuffled the global order, with countries were now trying to step up to play a major role in leading the world. New Zealand was one of the countries trying to get a slice of that global leadership, which was a step out in being the shadow of Australia for decades. Australia was a regional power in Asia Pacific but was currently distracted with political coups in its government. It is also facing an impending federal election, which will once again elect a new leader that will determine the future of Australia. New Zealand, in the absence of Australia, will compete with Japan to become a major agricultural exporter. It had also made a continuity agreement with the United Kingdom to ensure bilateral trading agreement with the post-Brexit UK.

The pair was on the last support line of the “Pitchfork”, and was expected to break out due to the selling pressure. The inauguration of Brazilian President Jair Bolsonaro last January 02 was the biggest decline of the pair in six (6) months. Bolsonaro was dubbed as South America’s Trump with his policies, including the revival of the Mercosur bloc to promote choosing Latin America’s exported products rather than importing from other countries. This was away from the European Union’s vision of multilateralism. Aside from the European Union, China had also an interest with South America as the trade war between the United States and China forced the latter to divert its import of soybean to Brazil. Brazil accounts for 80% of Chinese soybean import in 2018. Bolsonaro had also expressed its interest to host US military bases in Brazil, which made the United States to be more in control of the country than Europe.

Stock Volume: 2018 heads for worst losses of the decade