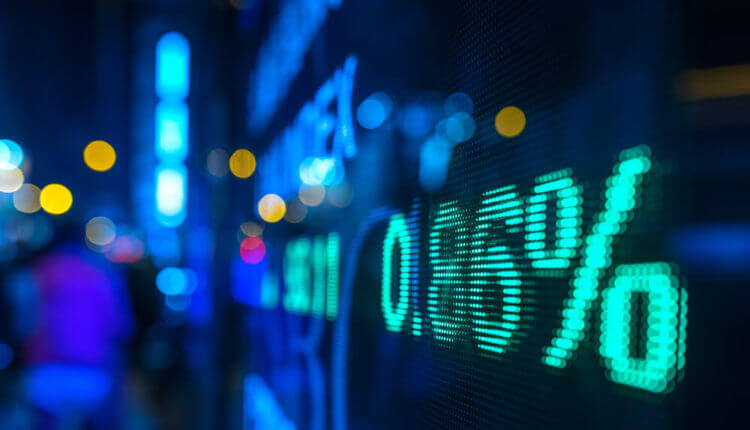 BASF shares crashed by 6% in Europe after the German company delivered a “shocking”—according to one trader—profit warning. The chemicals giant blamed an economic slowdown caused by Sino-U.S. tariff wars.

Deutsche Bank dropped 4% following a previous 5.4% decline the day before after it slashed 18,000 jobs.

Analysts said that from both “bottom-up and top-down” perspectives, the valuation in the equity markets seems “far too ambitious.”

The move was particularly stark as the U.S. business cycle was going downhill and indicators such as global PMIs and global trade are now in tightening positions.

“Indeed, companies have begun cutting their 2019 profit forecasts, citing the trade conflict as a reason.”

Japan’s Nikkei gained as a few significant entities in the index bolstered it to a 0.1% higher level.

However, Murata Manufacturing and Taiyo Yuden, known suppliers of Apple, were 2% and 4% down, respectively. The movement occurred after Rosenblatt Securities called out a “fundamental deterioration” for Apple in the following six to twelve months.

In Greater China, suppliers from Hon Hai to AAC Tech also lost between 1.4% and 3.1% and in Europe Infineon, ASM and STMicroelectronics slipped about 2%.

Blue chips in Chinese stock exchanges closed the trading day at 0.3%, while the Hang Seng index over in Hong Kong fell 0.7%.

Hon Hai and AAC Tech, in Greater China, were 1.4% and 3.1%, respectively, while ASM and STMicroelectronics edged 2% lower.

Forex and Other Markets as Fed and EU Uncertainty Continues

Over in the forex markets, uncertainty remained to be the potential move to answer a weaker outlook from top central banks around the globe.

U.S. Federal Reserve Chairman Powell will give a testimony on Wednesday. Money market futures are still fully pricing in a 25-basis point cut at the end of this month during the Fed’s meeting; although the futures have almost touched a 50-basis point cut that had been seen as probably a couple of weeks prior.

The greenback rose to 108.78 yen, its highest in more than a month.

The parliament of Britain will consider an amendment to ensure that it cannot be dodged once the next UK prime minister decides the pursuance of a no-deal Brexit.

In the commodities market, oil prices were seen on subtle movements as worries about an economic slowdown affecting demand sparked tensions over Iran’s nuclear program.