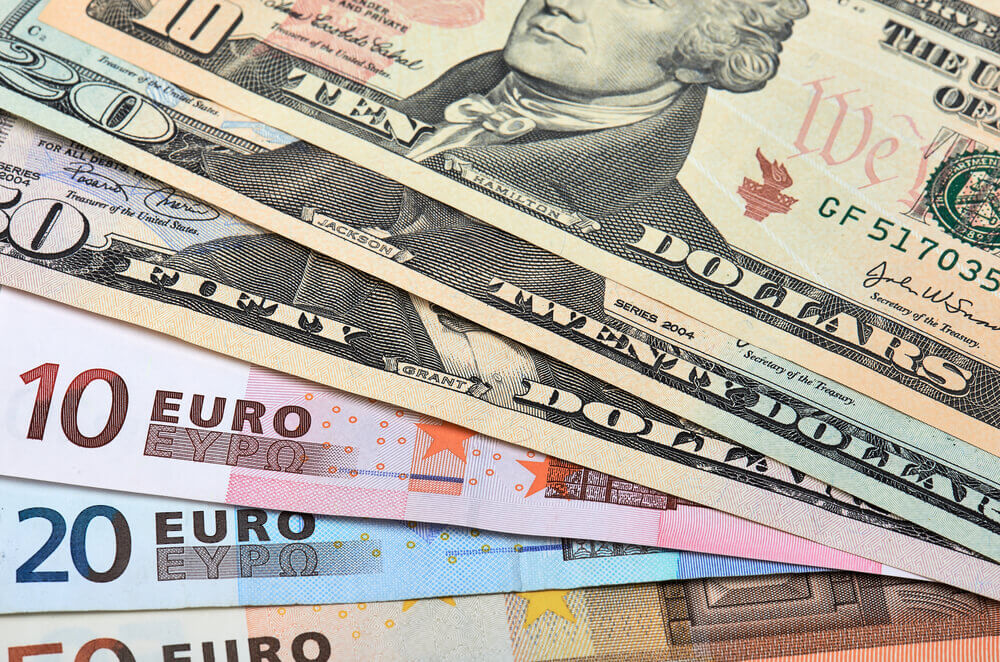 On Tuesday, the euro slipped below the $1.12 level, hitting a three-week low against the greenback.

Investors reanalyzed interest rate-cut expectations which the Fed may implement by the end of July.

The common currency dropped to its lowest value since mid-June of $1.1193.

IMF Chairwoman Christine Lagarde’s nomination for ECB presidency strengthened the fears of participants in the forex markets. The fear lies in that the central bank would ease monetary policy ahead of its U.S. counterpart.

According to an analyst, the failure of the currency to withstand a break towards an increased value manifests growing expectations for a more aggressive ECB monetary policy.

He added that the nomination of Christine Lagarde to replace current ECB president Draghi “reinforced” the notion.

Over in the U.S., anticipations of a 50-basis-point cut by the Federal Reserve have significantly fallen from 25% to 4.9% last week. The idea that the Fed will not cut rates during the September meeting after all has seen growth among investors.

Despite this, the money markets are still pricing in a 95% chance of a 25-basis-point cut at the Fed’s meeting. Previously, the market expected a 75% chance of a rate cut.

The greenback seems to have also gained newfound strength. All as the Sino-U.S. tariff dispute gradually settled in since the G20 summit in Osaka, Japan.

The Turkish lira was flat after President Tayyip Erdogan dismissed the central bank’s governor over the weekend.

The British pound faltered to a new six-month low of $1.2457. Due to Brexit issues and increasing BoE rate-cuts expectations continue to weaken the currency.

Similarly, investors may not be aware of it, but a July ECB-move while Draghi is president could be on the way.

While the forex markets believe that the dollar remains strengthened by other external issues, investors may be underpricing the idea of a sooner-than-expected ECB move as monetary policy remains under Mario Draghi’s control.

Despite the general belief that a 10-basis-point cut could occur by the ECB meeting in September, economists see that July reduction is looming.

To amplify the early expectations, Draghi’s colleagues on the Executive Board previously delivered speeches implying a need for quicker action.

Chief Economist Philip Lane stated the central banks must be “proactive,” while Head of Market Operations Benoit Coeure described looser monetary policy as something that is needed now “more than ever.”

Another critical factor remains to be the closely watched Fed policy decision at the end of this month, which is a week after the ECB meeting. Interest-rate cuts from the Fed could bolster the euro against the greenback. As a result, the reductions could curb European inflation intensifying the need for the ECB to up the ante.

However, resistance among the board members and the Governing Council could hinder Draghi pushing through with the July move.

Yves Mersch, an ECB board member, said a month ago that the central bank should circumvent on “erratic policy debates for the purpose of creating short-term stimulus.”

Draghi could also leave the decision to Christine Lagarde. She will succeed the current ECB President on November 1.

While there is an increase in the uncertainty, the fact remains that the July action from the ECB is not out of the question.

US-China Trade Talk About to Resume