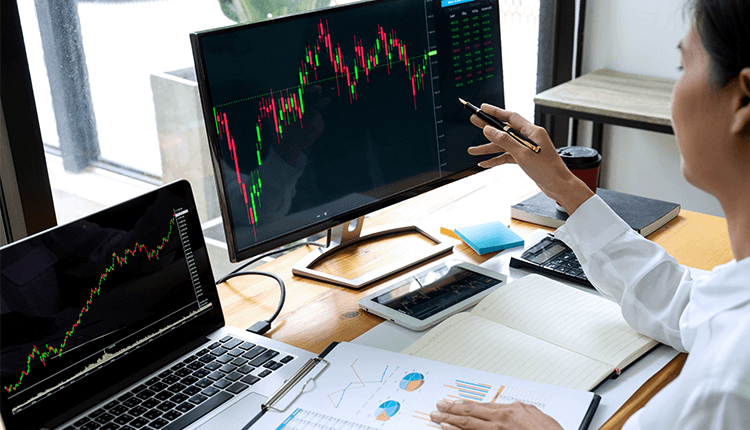 Wall Street continued its decline for the fourth consecutive day after a sharper-than-expected drop in unemployment figures in the US.

Requests for unemployment benefits reached 310,000, a new low in the pandemic and below the 335,000 that experts had estimated.

It could encourage the Fed to rush the cut in its asset purchases.

The market was swayed by pessimistic sentiment

Several airlines lowered their growth estimates due to the resurgence in the Covid-19 cases.

Meanwhile, Moderna had a good day. The company’s shares surged about 8% after announcing that it was developing a single-dose vaccine. According to the company, the vaccine combines a booster against Covid-19 and the flu.

Investors, however, remain attentive to the Federal Reserve meeting on September 21 and 22. They worry that the US central bank will decide to slow down its monthly purchase of bonds worth 120,000 million dollars. This has kept interest rates low and helped the post-pandemic recovery.

The European Central Bank already announced the decision to lower the rate of purchase of its bonds.

As for the sectors, only three of them remained in the green territory. The financial sector added 0.25%, energy gained 0.12%, and raw materials increased slightly by 0.07%.

The Nikkei hit a seven-month high thanks to renewed expectations that a new government adopting renewed policies will normalize the economy.

Yoshihide Suga, Prime Minister, and the ruling Liberal Democratic Party leader, announced he would not attend the next elections.

The internal elections, scheduled for September 29, will be followed by the general elections that Japan must hold before the end of November. This political contest is fueling expectations that the new government will renew the measures to normalize the economy in the face of the covid pandemic.

Brokerage firms posted the most significant gains of the day, along with consumer credit and chemicals sectors.

The transportation company Kawasaki Kisen Kaisha posted the highest rise among Nikkei-listed firms, surging by 5.63%. It was followed by the chipmaker Tokyo Electron, gaining 4.9%. The latter also accumulated the third largest volume of operations of the day.

As for the first and second places, Softbank Group and semiconductor components maker Lasertec held them.

The automotive manufacturer Toyota added 0.61%. Meanwhile, Sony expanded by 1.53% after the good reception of its last PlayStation Showcase, presenting its video game novelties.

Nintendo, its competitor in the digital entertainment sector, climbed by 1.71%.

Naver, which operates the largest internet search engine in South Korea, bounced by 2.76%. Its rise reflected the prospect for the regulatory framework in the country tightening for online services companies that have made strong progress during the pandemic.

Kakao, the owner of the popular messaging application in South Korea, gained 1.17%.

In the biopharmaceutical sector, Samsung Biologics settled with a rise of 1.31%. Meanwhile, its competitor Celltrion fell by 0.56%.

Technology stocks led the rise on the Hang Seng

The advance in the technology group supported the recovery of the Hong Kong stock market. Technology companies Alibaba and Meituan were among the top 5 best-performing stocks of the day. Meituan climbed by 4.34%, and Alibaba surged by 4.74%. As for the other three best performers, the restaurant chain Haidilao led them with a surge of 7.41%. The insurer Ali Health followed it, growing by 4.73%. Meanwhile, the real estate company China Res Land gained 3.94%.

Other large companies also had a positive session. Tencent shrank after the shock and finally rose by 2.08%. Online game company Xindong increased by 8.09%. Xiaomi also closed with a gain of 2.11%.

China’s recent tightening of the game industry’s regulation caused technology stocks to plummet on Thursday. Fortunately, there was buying on Friday.

All the sub-indices closed the session in green. The Commerce and Industry sector enjoyed a rise of 2.15%, and Finance gained 1.78%. Meanwhile, Real Estate added 1.37%, and Services increased by 0.36%.

STOXX 600 in line for a weekly loss

However, the news about the call between the Chinese leader and the US president relieved Asian markets, and European shares followed the rise.

Tech stocks in Europe gained 0.8%, and luxury stocks were supported by France’s LVMH, which enjoyed a rise of 1.7% after HSBC’s recommendation to buy the stock.

As for the ECB meeting, analysts believe that the outcome will to be supportive in the short term.