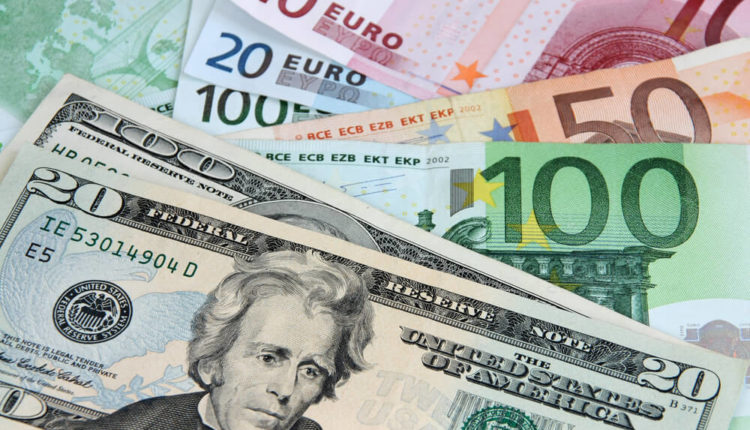 The euro surged forward ahead of a meeting of the European Central Bank on Thursday. Meanwhile, the U.S. dollar tumbled down against its major rivals as plans for a massive U.S. stimulus package boosted market optimism, simultaneously sapping demand for safe-haven currencies.

On Thursday, stock markets skyrocketed to record highs on Wall Street, as well as in Asia after the inauguration of Joe Biden yesterday. Investors hope that the 46th president of the United States will secure a $1.9 trillion package to help the coronavirus hit the economy.

On the other hand, the euro soared by 0.2%, rebounding from a similar decline from the previous session. The common currency is trading at $1.2134 ahead of the ECB’s policy announcement.

ING strategists noted that they don’t expect many fireworks from the European Central Bank meeting”, adding that it will probably be an uneventful day for the euro.

Lots of analysts agree that the greenback will continue its downtrend trend. It has already lost almost 7% in 2020 due to hopes for a post-pandemic global recovery and ultra-loose U.S. monetary policy.

The ING strategists expect the bearish greenback dynamics to dominate while the idiosyncratic common currency remains unexciting. According to them, the eurozone won’t outperform the U.S. economy this year. So, any ECB policy normalization is a very distant theory.

How did Asian currencies trade?

Thus far, the Bank of Japan has kept monetary policy unchanged. It revised up its economic forecast for next fiscal year though.

Meanwhile, Norway’s central bank met the analysts’ expectations, leaving its key policy interest rate at a record-low zero per cent on Thursday. It announced that the economy was developing mostly as anticipated.

On the other hand, Norges Bank has stated that it plans to increase rates early next year as the economy recovers from the Covid-19 pandemic. That would make it the first among G10 central banks to increase the cost of borrowing.

The Australian dollar climbed up by 0.2% to 77.62 U.S. cents on Thursday, after rallying by 0.7% in the previous session. Australia experienced another solid rise in employment in December, according to new data released on Thursday.

The dollar plummeted down against the Canadian dollar, lowering by 0.13% to C$1.2618 after the Bank of Canada decided not to cut interest rates.