The dollar took a beating after a surprisingly sharp retreat in the ISM Index of manufacturing to 52.8. The U.S. inflation outlook downgrades prompted investors to sell the U.S. currency and push Treasury yields lower.

However, that changes when Jerome said the factors dragging on inflation might be “transitory” and saw no reason for a rate move in either direction.

“Powell is seeing the glass half full,” said Konstantinos Anthis, Dubai-based head of research at ADSS.

“What’s more important though is that he made it clear that he sees no case for easing interest rates, which of course will not make President Trump happy at all.”

Still, interest rate futures markets are pricing in a 64% probability of a rate cut by the end of the year. However, that probability might change after monthly jobs data due on Friday and U.S. inflation data next week.

On Wednesday, the GBP was broadly steady after hitting a two-week high on speculation that Brexit talks between the British government and the main opposition party were making some progress.

The pound was last at $1.3054, having been as high as $1.3101 overnight ahead of a Bank of England rate decision. The market expects the Fed to hold fire, but its comments might shift future rate expectations. 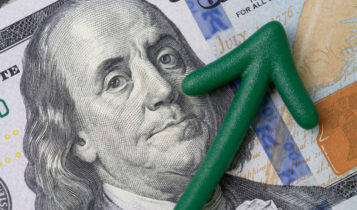 Early Thursday, the dollar held onto gains in Europe after the Fed poured cold water on the idea of cutting interest rates any time soon.

Jerome Powel- Fed Chair said at his regular press conference that Fed officials “don’t see a strong case for moving in either direction.” An indication that it believes the weakness of inflation and private demand in the first quarter will be temporary.

His comments, pushed back against public lobbying for lower rates from President Donald Trump, triggering a sell-off in U.S. Treasuries and stocks. They reversed more than a third of the dollar’s drop over the previous three days.

Data suggesting patches of weakness in the economy capped the USD’s rebound.

On Wednesday, The Institute for Supply Management’s manufacturing index for April fell more than expected. On Tuesday, the Chicago Purchasing Managers Index slumped. To balance it out, the Conference Board’s consumer confidence index had risen more than expected.

In the short term, uncertainty is still high.

The Conservative Party of Prime Minister May is set for heavy defeats at local elections later today. It will raise the pressure on her to abandon her strategy of seeking a cross-party consensus on Brexit – most likely in the form of a customs union with the EU.

Elsewhere, the USD was up a fraction against the yen, and down a little against the Aussie and kiwi.