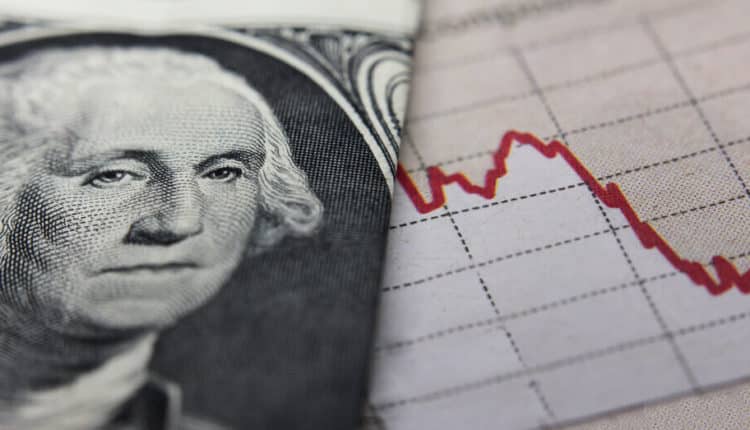 The Dollar Index dropped on Monday as markets focused on the fallout from US-led missile strikes on Syria on Friday. However, losses were limited and expectations that the clash would not escalate further.

Despite widening interest rate differentials in its favor, the dollar index performance has been closely correlated to swings in risk appetite.

The weak performance has coincided with an improved demand for riskier assets and vice versa. Additionally, the Syria strikes heightened that trend.

“The military strikes were well telegraphed and we are seeing a continuation in the broad market theme from last week of a weaker dollar and favorable conditions for risk taking,” said Manuel Oliveri, currency strategist at Credit Agricole.

Measuring the greenback’s strength against a basket of 6 major currencies, the dollar index fell 0.26% to 89.28 after ending last week down 0.31%.

Further, the safe haven yen is often sought in times of turmoil and political tensions.

The dollar’s losses against the Japanese currency were held in check. It was the relief that the missile strikes on Syria did not prompt a response from Russia, Syria’s main ally.

“The reaction in currencies has been limited as President Trump had provided advance notice about a possible strike on Syria, giving speculators ample time to brace for the actual event,” said Yukio Ishizuki, senior forex strategist at Daiwa Securities.

However, markets remained on alert for any signs of escalation of the conflict.

Against the dollar, the British pound rose 0.44% to 1.4303 after rising to 10-week highs on Friday. Investors expect the Bank of England to raise rate as soon as next month.

What Affected the Dollar Index?

The United States, France, and Britain launched missiles targeting chemical weapons facilities in Syria on Saturday, according to the Pentagon. It was retaliation for a suspected poison gas attack on April 7.

Suggesting that the military action would not be prolonged, US President Donald Trump declared “mission accomplished” after the strikes. However, there were still concerns about the possibility of Russia’s reaction to new economic sanctions from Washington.

The Trump administration said the strikes accomplished 3 strategic goals. Firstly, to deliver a direct response to the chemical weapons attack. The second is to hold Syrian President Bashar al-Assad responsible for his actions. And the last one is to present a deterrent on chemical weapons use in Syria and elsewhere in the future.

However, an official warned that US intelligence assessments stated Assad still has chemical weapons in Syria.

U.S. Dollar Weakened as the Chinese Yuan Soared. Why’s that?

Euro Under Pressure Over Deflation

Yen and dollar rose this week. What about other currencies?

Dollar Gained Against the Riskier Currencies. Why’s That?