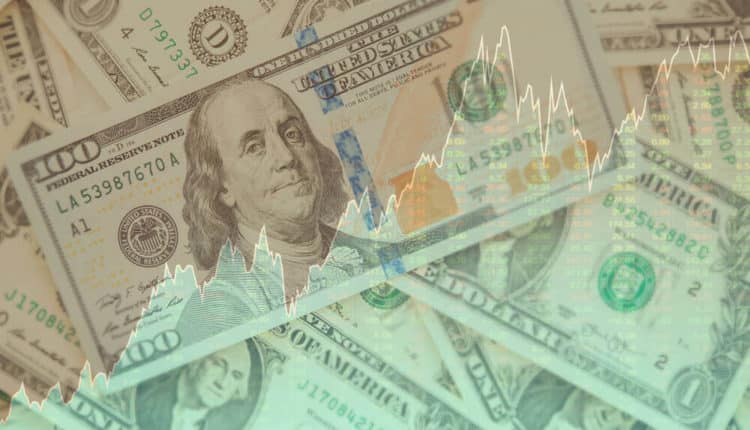 The US dollar hit a fresh new four-month high this year after US Treasury Secretary Steven Mnuchin said the US-China trade war is “on hold.”

“We are putting the trade war on hold,” Mnuchin said on Sunday. “Right now, we have agreed to put the tariff on hold while we try to execute the framework.”

The dollar gained as China and the US agreed to halt imposing punitive import tariffs. Chinese and American negotiators establish a framework to address the trade imbalances.

Furthermore, the dollar index, which measures the greenback against a basket of major currencies, climbed 0.31% to 93.89. It was the highest level since mid-December last year.

The euro dropped 0.4% to 1.1726, touching its lowest level in 5 months. The single currency has slipped around 7 cents in about a month amid a sharp advance of the dollar.

In China, the People’s Bank of China set the reference rate for the yuan against the dollar at 6.3852 versus the previous day’s 6.3763.

Australia will see a light data week, except releasing its construction work done figures on Wednesday.

The easing of US-China trade tensions is likely to underpin riskier assets such as equities and bodes well for the dollar against the safe-haven yen, said Stephen Innes, head of trading in Asia-Pacific for Oanda in Singapore.

“I think equity markets are going to be in a happier place today,” Innes said.

Japan is the world’s largest creditor nation. Traders tend to assume Japanese investors would repatriate funds at times of crisis, therefore pushing up the yen. The Japanese currency often weakens when investor confidence increases and their appetite for riskier assets strengthens.

If US 10-year Treasury yields were to push above the 7-year high of 3.128% set on Friday and the dollar gains a solid foothold above 111 yen, the greenback could attempt for the 112-yen levels, said Innes.

Eased Concerns on Trade War Buoyed the US dollar

On Saturday, Beijing and Washington said they would keep talking about measures under which China would import more energy and agricultural commodities from the US. This is to narrow the $335 billion annual US goods and services trade deficit with China.

During a round of talks this month in Beijing, Washington demanded China to reduce its trade surplus by $200 million. However, no dollar figure was cited in the countries’ joint statement on Saturday.

“The details will be down the road,” he said. “These things are not so precise.”

Further, he said that the broader issues were still in play. China had “structural reforms” such as lowering tariffs and non-tariff barriers that will allow the US to boost exports.

Kudlow said that Trump was in a “very poor mood about this.”

However, there was no trade deal yet reached.

“There’s no agreement for a deal,” Kudlow said. “We never anticipated one. There’s a communiqué between two great countries, that’s all. And in that communiqué, you can see where we’re going next.”

Japanese Yen gained on Friday. What about Dollar and Euro?

Dollar was flat Thursday. How did Euro and Sterling fare?