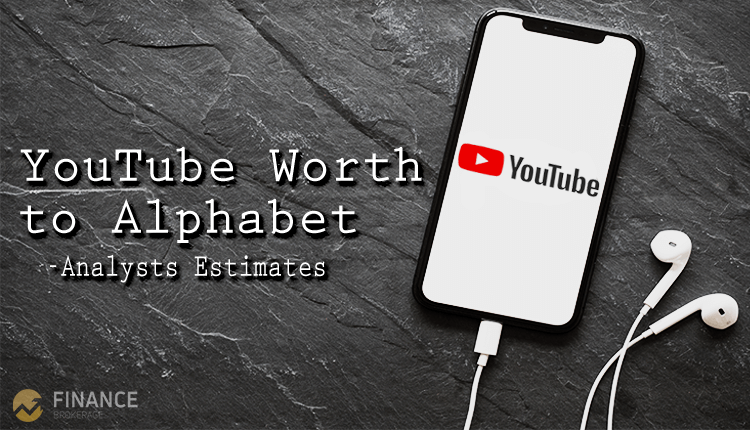 YouTube is among the fastest-growing sector of Google. Above all, Google, under the massive Alphabet umbrella, considered to be the biggest business. The ongoing growth in digital video advertising drives YouTube to become the top revenue generator in the company’s quarterly list.

However, as of now, Alphabet still doesn’t split out YouTube profits. Even though YouTube continuously grow its importance. It’s combined in with Google revenue properties in its company earnings reports. Meanwhile, analysts estimate that the company brings in about $14 billion net revenue in the previous year. That of which is above 10% of the Alphabet’s total revenue. However, considering its growth and position within the digital video advertising, YouTube might be worth more of the percentage of Alphabet’s market worth.

Comparing with the competitions

Meanwhile, Laura Martin of Needham implies YouTube’s closest worthy of comparison is Netflix. Similarly, both companies are the front of the online digital video and both shows substantial profit development.

Furthermore, YouTube’s audience is more internationally. It has about 1.8 billion active viewers monthly. Even while everyone in the United States watches on YouTube, there are still 1.5 billion international viewers. In comparison, Netflix has about 139 million subscribers – 81 million international, and 58 million domestic. There’s clear proof that Netflix could have greater revenue growth capability for it was able to increase penetration within international markets.

Despite that, there are not much publicly available data within the global video platforms. Elsewhere, Amazon Prime Video is available globally, yet Amazon is in tight-lip about all of its financial metrics. More prominent video platforms are either restricted geographically, or they also might not report their financials publicly.

Consequently, Needham pins out Netflix’s value-to-revenue ratio of 10 could provide YouTube a value of $140 billion in Laura Martin’s estimation. In short, that is about one-fifth of the whole Alphabet’s value.

Moreover, Martin also implies that Alphabet has an ability to create shareholder value if they spin off assets. For instance, YouTube or the company’s cloud computing business. She implies that it would enable investors to purchase shares of companies within a certain segment rather than forcing them to buy one huge undervalued conglomerate.

Similarly, YouTube also benefits from its sister company, the Google Cloud. If these two companies split off, Google Cloud might end up losing a huge number of customers on YouTube. That was the big reason why Amazon’s management isn’t spinning off Amazon Web Services, which is its own biggest customer.