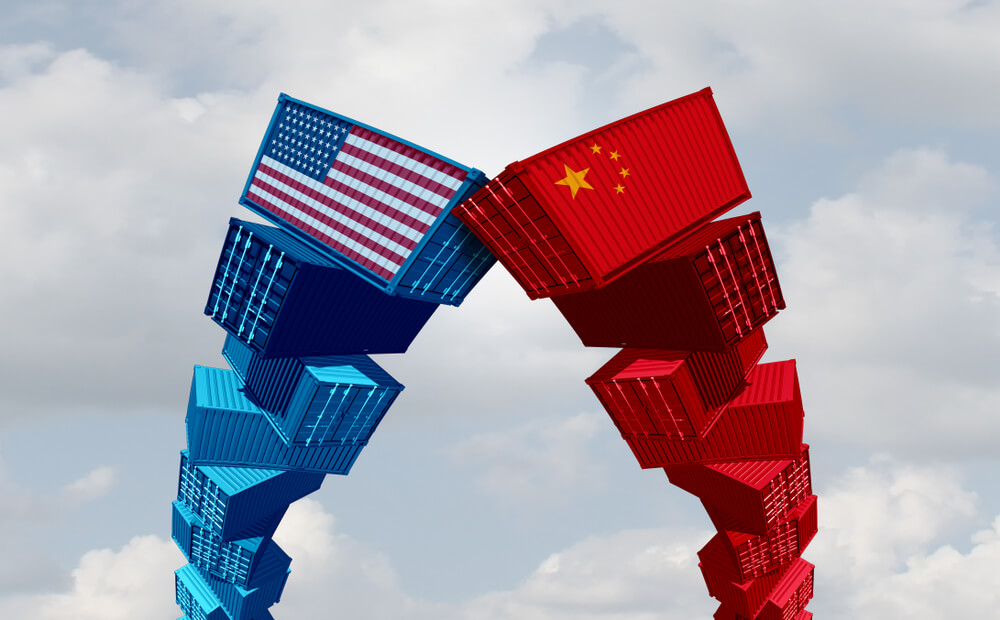 US-China tariffs: Trump’s trade war is the main threat to the rising risk of recession. National Association for Business Economics (NABE), said in its survey released on Monday.

Gregory Daco, NABE chairman, said the uncertainty in the pervasive trade policy, rise in protectionism, and slow global growth are the key downside risks for the U.S economy.

60% of the Washington based association of business economists expect the Fed Reserve rate to remain on hold through 2019. However, 40% of the group expects at least one rate cut this year.

The survey result further revealed that a plunge in manufacturing activity was more than a 10-year low in September. There was also a sharp slowdown in service-industry growth similar to that of 2016.

The reports heightened fears the economy may be flirting with recession.

According to NABE economists, the economy could slow further from 60%. They also expect the real gross domestic product will continue to expand at an average of 2.3% this year. However, it will slow down to 1.8% in 2020- weaker than the group’s last forecast in June.

The panel also expects industrial production to drop sharply from 4% in 2018 to 0.09% in 2019. The drop represents a sizeable downward revision from the previous estimate of 2.4% in the June survey. They also expect a slight growth of corporate profits to 1.7% this year- a sharp drop from 4.6% forecast in June.

Adding to current trade concerns, Trump won approval on Wednesday to impose import tariffs on $75 billion worth of European goods. The move threatened an escalation of the trade war – the Whitehouse instigated 15 months ago.

Nearly more than half of the panel cited trade as a significant downside risk to the U.S economy through 2020.

Worries about the economic slowdown have escalated as the U.S-China trade war shows signs of going beyond the borders. The turn of events is due to weak critical measures of the manufacturing and services sectors.

NABE panelists expect business investment to soften through 2020. The real nonresidential fixed investment forecast to rise by 2.9% in 2019 and 2.1% in 2020. The rise is more than a full point weaker than their June survey.

Despite the economic damage, Trump’s administration has inflicted, NABE panelist doubts the policy is succeeding in its goal to reduce the U.S trade deficit. Instead, they see the trade gap widening significantly- from $920 billion in 2018 to $981 billion in 2019 and $1,022 trillion in 2020.

Even though the panel expects the economy to sustain the forward momentum for next 1- year, they expect the odds of a recession to rise in 2020.

However, a lot will depend on whether consumer spending- a fundamental driver of economic growth remains relatively stable. NABE panelists are counting on steady household spending. They forecast an increase of 2.6% this year, compared with 2.4% in the June survey.

Digital dollars: Will the U.S. create its virtual currency?