Stock Exchanges: President Donald Trump threatened tariffs on luggage that Tiffany Williams (NYSE: WMB) imports for her Texas store. She stockpiled high-end suitcases and other products ahead of the deadline to protect profits.

However, she might not have that option this time.

On Sunday, Trump vowed to lift tariffs on $200 billion of Chinese imports from 10% to 25% by the end of this week if US-China does not seal a trade pact.

Williams sourced 85% of her products from China and bought heavily before Trump’s first round of 10% hit last fall.

“This time we will not have that opportunity. We won’t be able to load up,” said Williams, who voted for Trump.

Her sales are down since November, due to pressure from tariff-related sticker-shock on her mainstay high-end products. Also, competition from online rivals like Amazon.com Inc (NASDAQ: AMZN).

Trump insists that China has picked up the tab for his tariff campaign, not the American consumers.

But prices are up on a host of products as diverse as bicycles, sewing machines and pet supplies. Government data shows U.S. consumers have already had to pay more since the first round of tariffs kicked in last fall.

The price of sewing machines, which were hit in September by the original 10% tariff rate, has risen 10.3% in the 12 months through March. It’s the biggest annual gain since the Labor Department started tracking prices for the appliance in 1997.

Trump also ordered 10% tariffs on pet supplies and bicycles. The inflation rate for pet supplies rose to 4% as of March, while the price for bikes and related sporting equipment went from about zero in October to 3% in March. 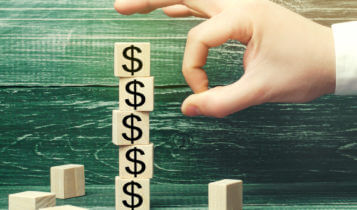 On Monday, the USD was flat against its rivals after pairing losses against the yen. In the meantime, analysts downplayed prospects that Trump will follow through his threats to raise tariffs on China.

The U.S. dollar index, which measures the green against a trade-weighted basket of six major currencies, fell by 0.01% to 92.26.

Trump warned that tariffs on $200 billion worth of Chinese goods could more than double from 10% to 25%, stoking demand for safe-haven yen.

But according to analysts, there’s little sign that China will step away from talks. Chinese Foreign Ministry spokesman Geng Shuang told reporters “China’s team is preparing to go to the United States for the discussions.” Talks will start on Wednesday.

A decline in the pound also supported the dollar. The drop came after U.K. Labour Party lawmakers poured cold water on the likelihood for a compromise deal with Prime Minister Theresa May.