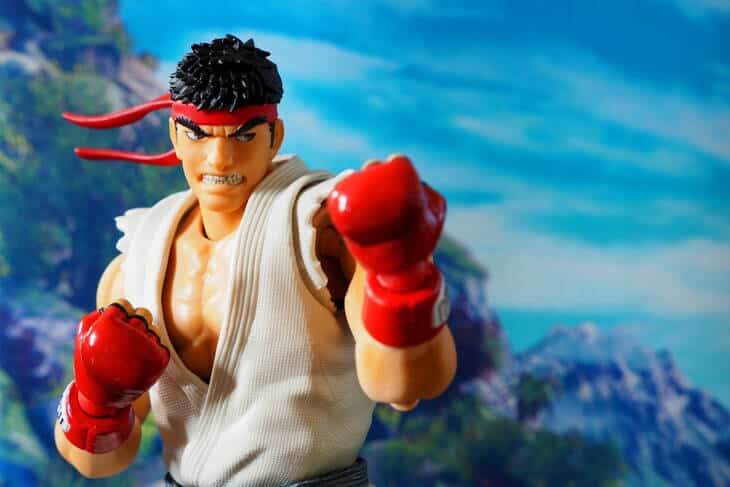 For the last year, non-fungible tokens have been in high demand and the spotlight of the crypto community. According to their rapid growth in popularity, it’s no wonder that some of the top names, such as Capcom, have managed to create their unique non-fungible tokens. They are worldwide better known as the Street Fighter NFT collectibles.

Undoubtedly, the Street Fighter was one of the most beloved console games back in the nineties. Those who are big fans of fight games and cards would be excited to know that the Street Fighter NFT represents a glorious and nostalgic reminder of a time of fantastic arcade gaming that generations adored playing!

For all arcade games and non-fungible tokens devotees, we will present the story of the Street Fighter NFT collectibles, their development, series, success, and much more!

What are the Street Fighter NFT cards exactly?

Once bought, people could digitally open these cards, and that experience reminds them of opening up a physical pack of cards in reality. Buyers are also able to craft these cards to form other non-fungible tokens. Also, by crafting, people could choose to power up all the non-build cards they’ve received by combining them with one more build card.

What do the Street Fighter NFT packs consist of? 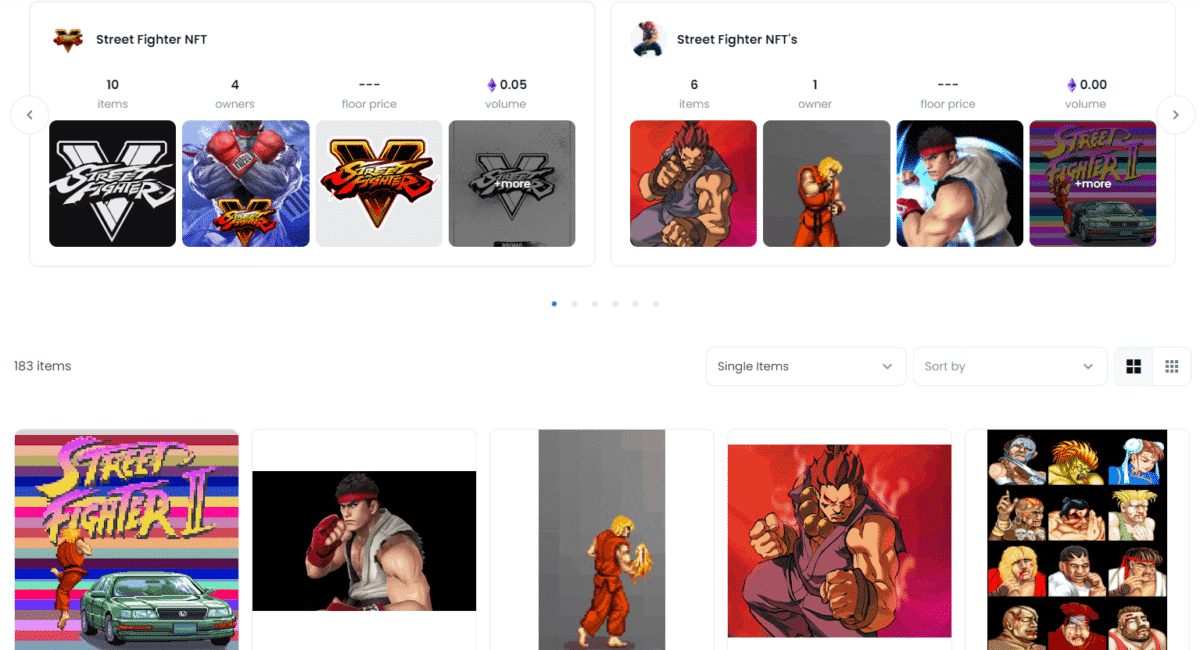 It’s interesting to note that the Street Fighter card pack contains cards of numerous degrees of rarity. As non-fungible tokens, all the cards feature authenticity. Thus, every digital item is different from another. For the platform’s concept of rarity, collectors can make their cards of higher value. This is possible by combining some of the cards into fewer tokens.

Remember, six rarities are possible with Street Fighter Cards, and combining them will produce one of these rarities. A collector can mint a high-value Street Fighter NFT card by burning multiple lower-value tokens to create a rarer version with higher value.

To understand the whole concept behind the Street Fighter NFT cards, let’s give you one good example. Suppose a Street Fighter Build Card pack buyer opens the pack and then combines two matching build cards to reveal the new card.

In the process, these build cards are burned. Thus, there is an increment of the scarcity and the value of the standalone Build Cards. The buyer is able to continue upgrading the card’s power score by adding new build cards. When the power score of five is reached by it, the user gets the ability to unlock a special Class Card in one of the six rarities.

Once used, build cards are burned, which increases the card’s value and scarcity.

Since the Street Fighter Cards are powered by the famous WAX Blockchain technology, users can buy and sell digital Street Fighter trading cards on numerous marketplaces. They can trade them instantly with anyone who has a Wax Blockchain account.

What’s good with the WAX Blockchain is that it also ensures that the Street Fighter collectible is 100% authentic and isn’t possible ever to be changed or duplicated. All users who own WAX wallets and funds can participate in the Street Fighter sale.

However, there have been glitches with the sale during the first hour due to the web traffic overload of enthusiasts attempting to purchase a Street Fighter NFT. Buyers of the initial card sale got “build” cards that could be combined with a specific form of “character” cards. They could also be combined with world-famous Street Fighter characters such as Ken, Ryu, Blanka, and Chun-Li.

All cards that a buyer creates with the “build cards” come in varying rarities. Thus, the collector’s edition contained the game’s classic characters, which gave users only a 1% chance of getting them.

Get to know the Street Fighter NFT development story

Capcom has partnered with Wax to develop Street Fighter NFT cards to celebrate their devotion to this game. While Capcom is the legacy video game maker that made Street Fighter, Wax is a blockchain platform that boosted the whole process from the minting transmitting to trading of digital assets built of the distributed ledger technology.

In addition to that, NFT enthusiasts can also find other in-demand collections through what numerous other users intend to add to their asset hoards.

The appearance of the first Street Fighter

The first Street Fighter was released back in 1987. It was a much happier and more opportune time, a decade before internet gaming appeared. In 1991 Street Fighter trading cards appeared.

Once they appeared on the market, all the arcade gaming fans were excited to own them. Their appearance has also brought the hype of sports cards into what we call now the “digital realm.”

The first series of Street Fighter cards was released in February 2021. In a short period, they were sold out. All users could make a purchase of the packs via credit card. During the 24 hours, all 65,000 packs were sold out. They generated more than $2 million in sales and an additional $1 million in secondary market trading.

It’s important to note that during the whole month of February 2021, the Street Fighter NFT sale was incredible! Capcom saw over $255 million in NFT sales from Dapper Labs’ NBA Top Shot. Currently, Street Fighter is among the top 5 most traded NFT collections, according to DappRadar data.

After the first series of Street Fighter sold out pretty fast, and while its trading was still quite active for months, both Capcom and Wax announced their Street Fighter V: Series 2 collectible NFT collection.

They’ve announced the collection available on the WAX blockchain in July 2021. The cards from the second series collection have been revealed to go for sale on July 15 h, 2021. They’ll feature 42 cards in a variety of rarities that include two additional fighters: Dan and Rose.

We could see a card pack that contained ten digital cards. In order to make the existing cards rarer, collectors needed to burn the supply or combine multiple different copies of the same cards into a rarer version.

In January 2022, it was announced that there would be the third series of the Street Fighter NFT collection, called the “Street Fighter Classic.” A special launch on the WAX blockchain will represent the most illustrious set of non-fungible tokens to date.

It will feature a lot of old-school-designed, stunning retro cards that will remind fans back to the birth of Ryu’s enchanting powers. This ultra-rare collection appeared on January 20, 2022, on the carbon-neutral blockchain. The series features a limited amount of only 1,000 packs. Each pack has a random section of 10 cards and costs the equivalent of $100 in $WAXP.

There are a total of 121 unique trading cards across these 1,000 packs, and they’ve come in 8 action-packed rarities. All collectors have the same chances to receive each type:

Regarding the Street Fighter NFT value, we’d like to point out that the mint number is the most crucial factor for someone who wants to collect the most valuable rarity.
The lower the mint, the higher-speculated value that non-fungible token will have, and the more valuable your set is going to be considered.

We witnessed the massive success of the initial first series of Street Fighter, which was followed by the appearance of the second and third series by Capcom and WAX. NFT launches like these are referred to as perfect examples of how legacy brands can tap into entirely new marketplaces of digital collectors to connect with their fans and generate revenue.

When it comes to non-fungible tokens, we can clearly see that the scarcity and verifiable authenticity of the products are the primary sources for their long-term demand. Blockchain technology is, undoubtedly, the first time that digital ownership is legitimately comparable to physical ownership of an item.