Stocks are Mixed after Wall Street Ended a Winning Streak

The New York Stock traded in a limited range during the session. It was generally positive, but still, it lost momentum at the last minute. Investors betted on caution after receiving new data on the economy. The Markit Manufacturing Purchasing Managers Index for June came in at 62.6, exceeding economists’ projections of 61.5.

The Federal Reserve has managed to carry the economy through the coronavirus pandemic by super-low rates. The central bank’s economic policy has made investing simple. They sustained prices across markets, and any change would make a big deal. For this reason, shares immediately dropped after the Fed’s report last week.

Analysts believe that the market has settled now, and investors seem to make peace with last week’s shock they received by the Fed’s statement.

Analysts expect markets to be more sensitive to economic data since they have embraced the idea that the money cycle is changing. There is a possibility for stocks to trade flat from now on, and their move will depend on the hearing from the Fed and other central banks.

Japan shares closed with gains on Thursday. Paper & Pulp, Railway & Bus, and Real Estate sectors posted significant increases. However, values flattened at the end of the session, and Nikkei 225 ended with a 0% change.

The Tokyo stock market started a day on the rise, supported by a weak yen that favors exports. However, because investors were concerned about a rebound in coronavirus infections, they limited gains.

The index showed a moderately positive trend with an identifiable resistance area at 29,222.3 and estimated support at 28,269.2.

The stock market in China settled slightly higher. Consumer and new energy companies were the biggest gainers of the day. At the same time, worries of a slip in drug prices hit healthcare companies’ values. Among the 251 products, the average price reduction was 56%. Hengrui, Asymchem Laboratories Tianjin Co Ltd, and Bloomage Biotechnology Corp Ltd plunged between 4.4% and 5.5%.

Trading was slightly better in Shanghai. However, some sharp swings took it into negative territory.

China’s PPI is likely to increase in June by 10%. This will generate pressure on downstream consumers.

Kospi set an all-time high thanks to tech gains

The Kospi extended gains one more day after defusing concerns about the withdrawal of the stimulus policies of the Fed earlier than expected.

The country’s largest technology companies were encouraged by optimism in the economic recovery. They hiked even though the Bank of South Korea pointed today to an interest rate hike earlier than expected.

Sensex and Nifty settle higher boosted by IT stocks 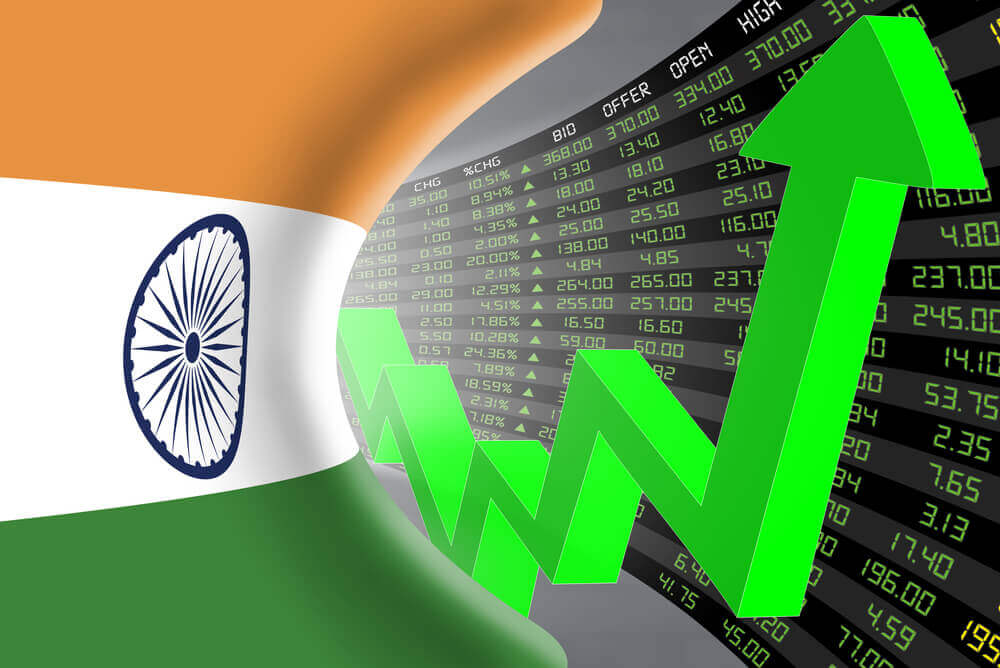 Indian stock indices advanced on Thursday, supported by a rise in banking and IT stocks. Still, declines in energy and heavyweight RIL stocks kept the indices from reaching their records.

Nifty’s IT index surged by more than 2.5%. At the same time, banking, financial services, and metal sectors advanced by between 0.5 and 1%. Nifty Auto and Nifty FMCG also settled in the green. Meanwhile, Nifty Energy yielded 1%. As for pharma and realty indices, they ended in the red.

European stock markets started the day with progress, and in some cases, they even reached a 1% gain. The selective EuroStoxx 50, once again, moved above 4,100 points.

The STOXX 600 started 0.5% higher ahead of Germany’s Ifo business sentiment survey. The benchmark experienced sharp fluctuations this week. On Wednesday, it almost erased the increases from the previous two days. Despite the Fed’s messages about tapering, the ECB reaffirmed its accommodative stance on monetary policy. Thus, analysts stated they did not expect shares to resume in a downward movement.

Investors are now awaiting the decision of the Bank of England on interest rates and subsequent monetary policy acts. Analysts believe that the course of BoE could be similar to the one Federal Reserve set.

ACC Dealing Back the Fed Fears for Now