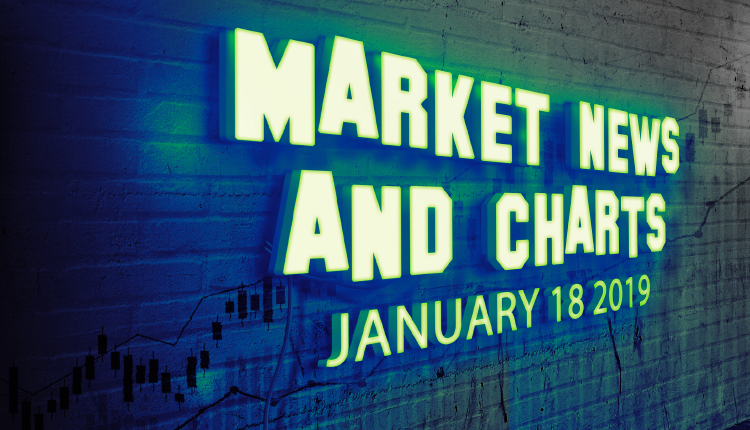 The pair was expected to reverse in the following days after failing to break out of the resistance line. January 26 will mark the first anniversary of the United States withdrawal from the TPP (Trans-Pacific Partnership), a key strategy in former US President Barack Obama’s Asia policy. However, in just two months after the US withdrawal, Japan and Australia led the ratification and revised it to CPTPP (Comprehensive and Progressive Trans-Pacific Partnership). The trading bloc will come into effect on March 01, 2019. The European Union was also extending its influence on South America with the Mercosur deal, and to Japan with the EU-Japan Free Trade Agreement. Japan was trying to gain back its regional power by passing a law to reinterpret Article 9 of its constitution that prevents the country from making offensive equipment that can be used in times of war. The European Union, however, was having trouble with its Nationalist members.

The pair is set to continue its fall after failing to reverse and break the resistance line. As the United States preferred bilateral trades with countries, it was now having a hard time to tackle different issues at the same time with policies that seemed to benefit and hurt the country at the same time. The US pulled out from the Syrian civil war but had left Israel as the only remaining opposition force against the Syrian government and Russian backed Iraq. The United States also pulled out from Asia with its withdrawal from the CPTPP (Comprehensive and Progressive Trans-Pacific Partnership) that gave China the opportunity to flex its muscle in the region. And now, China is hitting back to Canada over the US extradition of Huawei’s No.2, daughter and heiress to Huawei. But the division between the Democrat and Republican needs to be addressed first for Trump to be able to approve his key policies to help him fulfill his promise during the 2016 US Presidential Election.