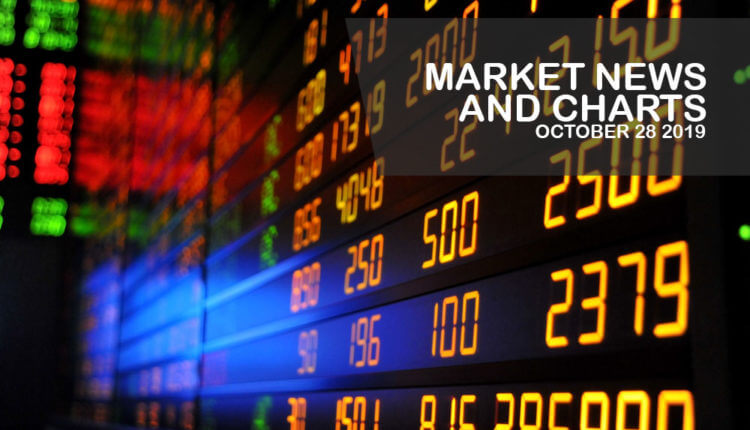 The pair is expected to move lower in the following days following a series of weak candle. Japan signed several trading deals as the country transitions to a new era called “Reiwa” or “Beautiful Harmony”. On October 22, the enthronement of Emperor Nahurito marks the accession of the new monarch. This was following the country’s signing of bilateral trade agreement with the United States in the first week of October. The country also ratified the pacific rim trade pact, the CPTPP (Comprehensive and Progressive Trans-Pacific Partnership), this year. This was followed by the EU-Japan Free Trade Deal, which became the largest trading zone in the world. As Japan expands its influence in Europe and Asia, the U.S. is shrinking in Europe, Asia, and the Middle East. Aside from this, Asian allies, Japan and South Korea, are currently engaged in a trade war. This will further diminish America’s power in the east.

The pair will continue to move lower in the following days towards a major support line. Canadian Prime Minister Justin Trudeau was reelected with the recent Canadian election. Both Trudeau and U.S. President Donald Trump faces political pressure amid several issues dragging their name. PM Trudeau was accused of meddling in the SNC-Lavalin case through which the Canadian constitution deemed illegal. President Trump, on the other hand, was in impeachment inquiry. This was following his call with Ukrainian President Volodymyr Zelensky on which he asked the government to investigate Joe Biden. Biden was the former vice president and a potential presidential candidate. Trump is seeking reelection in the 2020 Presidential Election. VP Mike Pence is calling for support in ratifying the NAFTA (North American Free Trade Agreement). The ratification was among the several promises of Trump in his 2016 campaign.

The pair is seen to revisit its previous low after it failed to breakout from a major resistance line. Australia is under pressure from the United States. Recently, America asked the country to ban the Chinese telecom giant, Huawei. This follows to the U.S. and the UK asking Australia to join a coalition in the Strait of Hormuz. The U.S. also want the country to back the U.S. sanctions to China. These weakened Australia’s relationship with China, its largest trading partner. This resulted to the country entering a technical recession for the first time in 27 years. Now, President Trump is pressuring Prime Minister Scott Morrison to help the country investigate the roots of 2016 Russian interference. This is expected to hit the U.S.-Australia relationship. But political analysts are looking at the possibility that Australia might decrease its dependency with the United States. Australia is planning to build its own nuclear arsenal.

The pair is expected to continue its downward movement toward its 5-month low. The future of the European Union, and Europe as a whole, is on uncertainty. Only four (4) days remain before the United Kingdom is set to leave the bloc. However, the UK haven’t finalized its decision yet, whether a Brexit extension or crashing out of the EU. On October 16, British PM Boris Johnson and EU Commission president Jean-Claude Junker agreed on a draft deal. Approval from both the UK and the EU Parliament is needed to finalize the deal. However, the MPs made an unprecedented move that forced the British PM to send a letter to the EU leaders. Under the letter was a request to extend the Brexit until January 31. In case the extension was approved, this will be the third time that the UK requested to be extended. The United Kingdom was originally set to leave on the bloc last March 29.