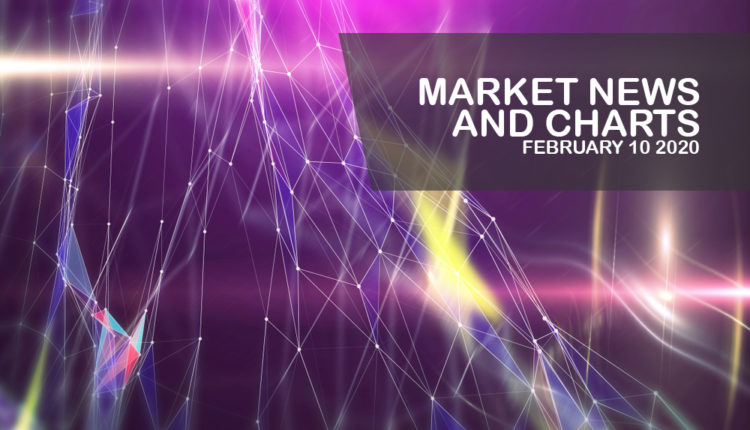 The pair will retest a key resistance line after hitting its 88-month low. Bulgaria is now in a waiting game after the country changes its legislation to allow its accession to the eurozone. If the Balkan country fulfilled the requirements for the euro currency adoption, it will be its 20th member. International Monetary Fund (IMF) President Kristalina Georgieva said the adoption will be possible until 2023. Bulgarian Parliament is seeking to adopt the euro at an exchange rate of 1 euro to 1.95583 leva. Economists expect that all the 27 members of the European Union will soon adopt the euro currency. A pro-Brexit website, the BrexitCentral, previously tweeted that member states will need to adopt the euro after 2020. Bulgaria’s decision is the biggest news for the euro after the UK’s withdrawal from the EU on January 31. This will be catastrophic for Czech Krona who saw its value to soar against the single currency in the past few months.

The pair will continue to move higher in the following days after it broke out from a major resistance line. Donald Trump became the fourth president impeached by the US Congress and the second to dodge it. The House of Representative impeached President Trump last December 18 on grounds of abuse of power and obstruction of congress. This was after his solicited foreign interference in the 2020 US presidential election to help his re-election bid. A phone call with then newly elected Ukrainian President Volodymyr Zelensky was the root of the impeachment. Trump withheld military aid to the NATO (North Atlantic Treaty Organization) applicant and an invitation to the White House. Trump will only revoke it if the Ukrainian president investigates Trump’s opponent’s son, Hunter Biden. Despite strong accusations against him, the House of Senate comes to his aid and acquit him of impeachment.

The pair will bounce back from its downward movement and test an uptrend resistance line. The US became the first member of the multilateral economic alliance to sign the USMCA. The USMCA (United States-Mexico-Canada) will replace the 1994 NAFTA (North American Free Trade Agreement). The root of this ratification roots from Canada’s reduction of oil exports and its almost 300% dairy tax, angering Trump. He then seeks to ratify the agreement after he calls out members of NAFTA for their unfair trade practices. Mexico, on the other hand, was taking the collateral damage from the US Congress’ snub of Trump’s border wall funding. In relation to this, Trump is lowering his proposed border wall funding to $2 billion on the 2021 budget. The border wall is critical for his re-election bid by November 2020. In his 2016 campaign, he promised to build a wall as part of his “Make America Great Again” campaign and “America First” policy.

The pair failed to breakout from a major resistance line, sending the pair lower towards an uptrend support line. Norway successfully reformed the number of its counties from 19 in 1662 to 11 starting January 01 this 2020. This has been the country’s most comprehensive administrative reform to date. The reform does not include Svalbard, the northernmost inhabit location on earth. Svalbard is a sovereign part of the Kingdom of Norway, while Greenland is an autonomous territory of the Kingdom of Denmark. The exclusion of Svalbard limits the country’s oil exploration in the northernmost part of the country. Oil has built the country’s $1 trillion sovereign wealth fund, but challenge occurs amid the rise of green economies. Despite this, Oslo appeals court approved Norway’s plan for more oil exploration in the Arctic. This will give a major boost to the Norwegian Krone against the US Dollar.