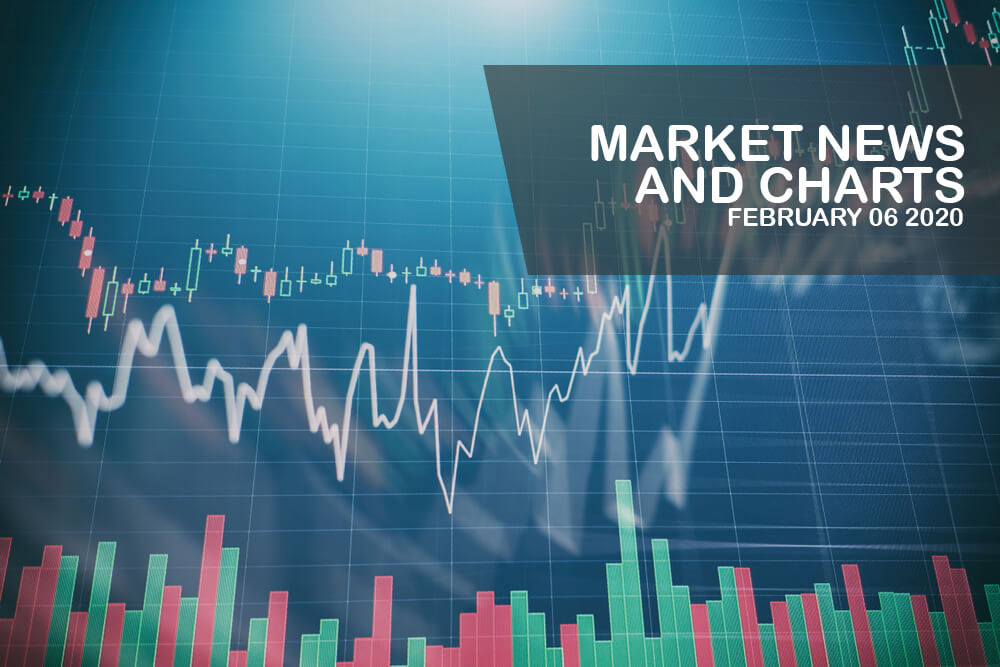 The pair failed to breakout from a major resistance line, sending the pair lower towards a key support line. Brazil is seeking a Mercosur-UK trade deal, which will be the same agreement with the European Union. This was after thethen second-largest economy in the EU withdraw from the bloc last January 31. Brazil is among the growing number of non-EU countries seeking ties with Britain. On the global ranking, Britain placed fifth on the largest economy in the world next to Germany, the EU’s economic powerhouse. The ECB will also hold several press briefings today, February 06, to discuss the current economic climate within the bloc. Analysts are worried that the press briefings will be negative with the recent slump in Germany’s Factory Orders report. On January 08, Germany posted a negative growth in factory orders which increases fears that Germany might enter a recession. With this is mind, the euro will fall in coming sessions.

The pair will continue to move higher in the following days to reach its all-time high. The US trade deficit with China falls in 2019, its first time in six (6) years. Yesterday, February 05, the Commerce Department said deficit slips by 1.7%. Imports tumbled 1.7% while exports decrease by 1.3%. The curb in trades were amid the trade war between the two (2) largest economies and Trump’s “America First” policy. On December 14, the two (2) countries began to de-escalate their trade war by signing the phase one trade deal. Under the deal, China will need to increase its import of US agricultural products to a total of $40 billion annually. This will be catastrophic for Brazil who benefited during the heights of trade war. Before the phase one trade deal, Brazil accounts for 80% of total Chinese soybean imports. The deal already outshines the report published by Brazil. The country said its soybean output increased by 8% from the previous year.

The pair will continue to move higher in the following days to retest a major resistance line. Romania is becoming the new hub of US military. This was after the fallout of the US-Turkey relations. Turkey purchased Russia’s S-400 missile defense system despite being a member of the US-led NATO (North Atlantic Treaty Organization) alliance. The country is also a member of the F-35 fighter jet program. The move angered Washington and began deploying its troops and military equipment in the eastern bloc. A US arms manufacturer, Lockheed Martin, said there is a possibility that it will develop artificial intelligence (AI) in Romania as tension between the West and the East increases. Furthermore, Romania’s Transgaz joins the US-led LNG (Liquified Natural Gas) network in Eastern Europe. This will further boost US influence in the region and will increase the demand for the US dollar.

The pair will continue its free fall and move lower towards an uptrend support line. As the United Kingdom exits from the EU, the country is moving closer to forming trading agreements with non-EU countries. Norway gave Britain the idea of joining the EFTA (European Free Trade Agreement) composed of non-EU European countries. Analysts are also looking for the possibility to integrate CANZUK (Canada-Australia-New Zealand-United Kingdom) as a new trading bloc. Britain also hopes to be a member of the recently ratified CPTPP (Comprehensive and Progressive Trans-Pacific Partnership), though it is far from the pacific. Meanwhile, there are growing divisions in the European Union. Brexit Party leader Nigel Farage said that there are three (3) possible countries that might follow the UK. Italy, Poland, and Denmark were his leading candidates. He further added that the EU will collapse within ten (10) years.