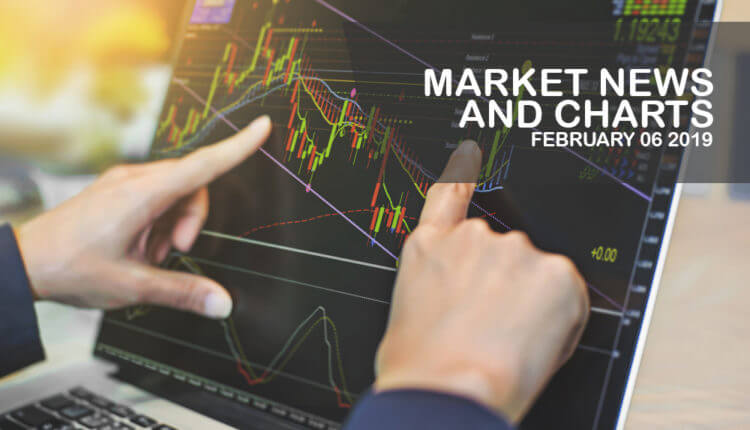 The pair was set for a strong rally after bouncing back from a major support line, and was expected to retest its previous high. UK Prime Minister Theresa May was heading to Brussels, which was the capital of the European Union, to negotiate another deal that would eventually end the uncertainty of the post-Brexit United Kingdom. The first deal was negotiated by the UK Parliament and almost cost her Premiership after it triggered a “vote of no confidence”. Despite the uncertainty surrounding the Brexit, the United Kingdom was on a spree of making bilateral trade agreements with other countries. The countries that start to make a post-Brexit agreement with the UK were Australia, New Zealand, and Canada. Australia was seen to regain its dominance in its region after being challenged by China. However, the looming federal election puts uncertainty to Australia’s future, as the incumbent Prime Minister was expected to lose.

The pair was expected to bounce back after hitting the support line of the uptrend channel. Canada had been bruised with the trade war between the United States and China. US President Donald Trump had increased tariffs of Canadian goods, while China retaliated with Canada’s arrest of Chinese technology company Huawei’s Sabrina Meng to face extradition in the US, by detaining thirteen (13) Canadian citizens in China. Canada was now trying to pivot its focus and efforts to the Venezuelan crisis on which the country has a major influence as the largest economy among the Lima Group, which was created to establish a peaceful exit with the Venezuelan crisis. The United Kingdom, on the other hand, was reaching out of its comfort zone by making trading relations with other countries in Europe, Asia, South America, and North America, and will increase its influence as an independent nation.

The channel’s middle line acted as the support for the pair on which it bounced back to retest its previous high, after it failed with its four (4) attempts to be on its 20-month high. Denmark is slowly becoming a key figure in the European Union, after the United Kingdom pulled out from the bloc that leaves Germany and France as the powerhouse in the EU, followed by the Aachen Treaty, which German Chancellor Angela Merkel and French President Emmanuel Macron, the former and the current de facto leader of the European Union, renewed their vows to mold the bloc to a “United States of Europe”. The United States recently criticized Denmark for failing to meet its defense budget allocation as a member of the NATO (North Atlantic Treaty Organization. However, the uncertainty of the US prompted the European Union to create its own army, independent of the US-led NATO.

The pair failed to sustain its upward movement after it broke out of the uptrend’s resistance line and another major support line. New Zealand was the breakout country in 2018 after it goes out of Australia’s shadows and drew its own path. New Zealand was the first country to open a dialogue with the United Kingdom in creating a bilateral trade agreement once the UK officially withdraw from the European Union on March 29, 2019. It also signed the United Nations Global Compact for Migration, despite the United States and Australia’s refusal to sign. And it was the only country that refuses to take sides in the Venezuelan crisis. With Australia being distracted with its impending federal election, New Zealand was leading the region and directly competing against Japan to become the biggest exporter of agricultural products in the CPTPP (Comprehensive and Progressive Trans-Pacific Partnership).

Nasdaq: Nasdaq To Make An Upbeat Turn To The Bulls