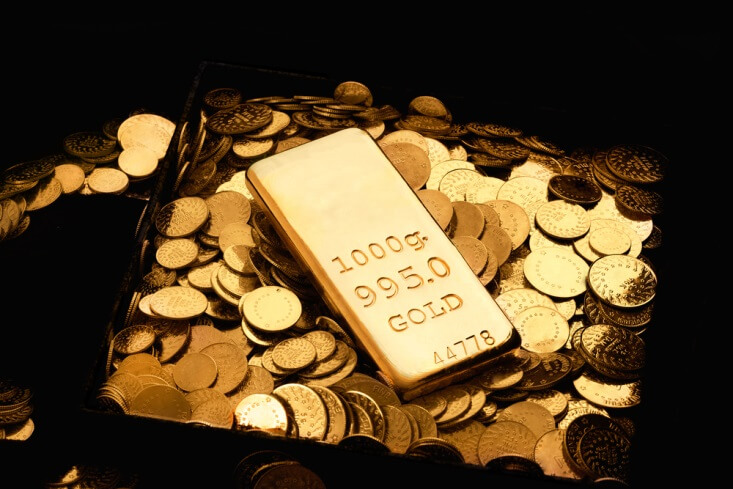 Gold spot price: The spot gold price was firm on Wednesday ahead of a high profile speech and amid renewed worries about the US economy.

On the other hand, futures trading on the New York Mercantile Exchange showed some contraction. The trading finished a tad lower at $1,319.20 per ounce.

Being a safe-haven asset, gold received much attention from safety-seeking investors ahead of US President Donald Trump’s speech later in the day.

Market participants and spectators widely expect the US President to talk about subjects ranging from the US’s trade frictions with China to the government shutdown that stemmed from Democrats refusing to release funds for Trump’s border wall.

Trump has previously warned about another government shutdown if he still fails to receive government funding for the wall. He also threatened to declare a national emergency to funnel money for the project, effectively bypassing the Congress.

Elsewhere, investors are keeping close tabs on a slew of Fed speeches this week for interest rate outlook. Fed Chairman Jerome Powell will deliver his speech later in the day.

Services sector activity slumped to a five-month low in the US, according to the Institute of Supply Management. This missed consensus estimates and further fanned concerns on demand on a global scale.

This lackluster data comes after another weak data on Monday that showed an unforeseen fall in new orders for US-made goods in November. It sported sharp declines and weakened machinery and electrical equipment orders.

In relation to these releases, a solid move above $1,300 over the last couple of weeks was seen. However, Friday witnessed investors turning back to the dollar again, diminishing the yellow metal’s momentum. The rush to the dollar was a result of the report showing solid growth in US jobs. The jobs data showed the US managed to create 304,000 jobs, topping expectations of only 165,000.

Gold spot prices were further pressured by the still-ongoing US-China trade tensions. On Monday, White House economic advisor Kevin Hassett said that there was still “a lot of work to do,” pertaining to the trade relations between Washington and Beijing.

The gold has been serving as a hedge for investors in the event of worsened fallout between the two economic giants. There have also been wagers in which investors believe that a finalized trade deal between the two countries is not going to happen.