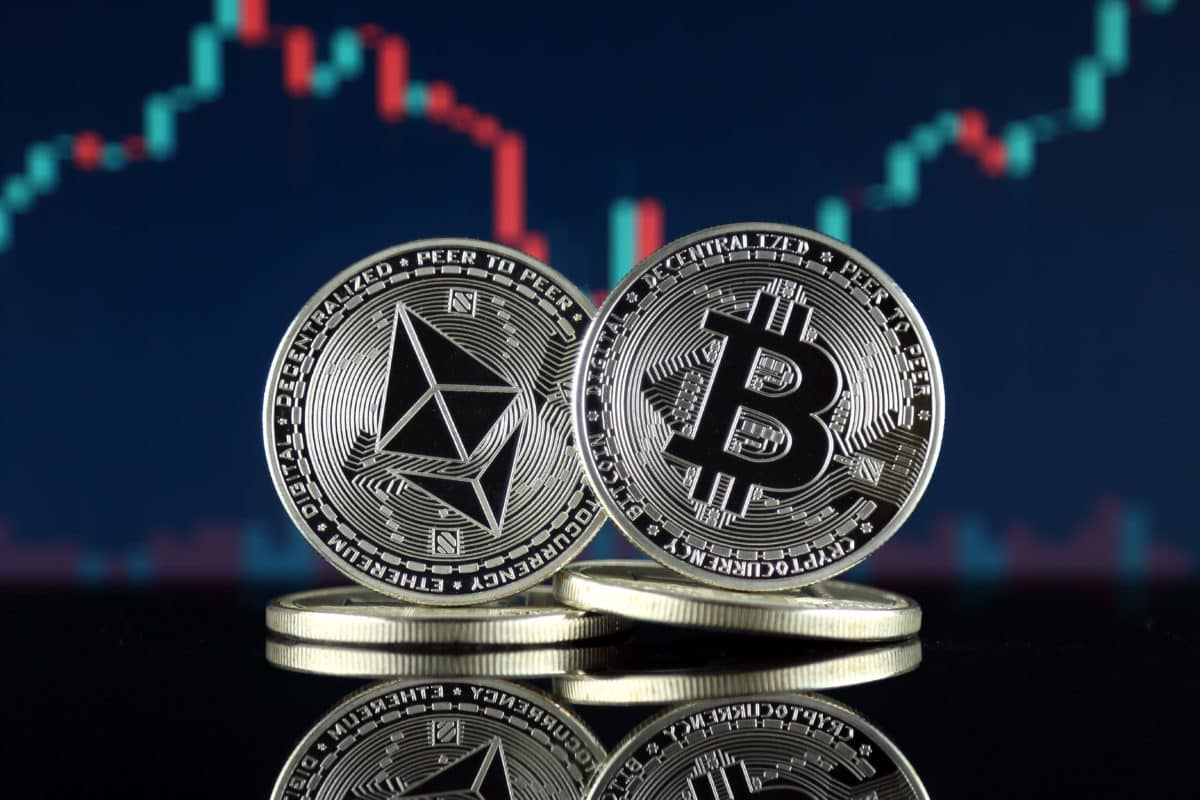 The price of bitcoin stopped its negative consolidation at $ 43,000. The maximum drop this week was up to $ 42,900. Technical support at this level is in the MA200 moving average, which supported the previous bullish trend from March 17. Global market instability affects investors to keep their capital aside. The global crypto market is still failing to address the dominant bearish trend. The state of growing losses for various coins such as Bitcoin, Ethereum, and other large altcoins has affected the overall confidence of investors. As the situation worsened, the market turned to a complete bearish trend rather than alternating losses and gains. The situation is alarming for investors because of this continuous feeling of loss that could initiate further impacts. We need a new positive consolidation for the bullish option from this level. Our first target is the $ 44,000 level, then the $ 45,000 psychological level. Additional resistances to the $ 45,000 level are the MA20 and MA50 moving averages. A break above would take us to a new test of the March resistance zone at $ 48,000. We need to break prices below the MA200 moving average and the $ 42,000 level for the bearish option. That would increase the bearish pressure, and we would probably see a further pullback of the price towards the $ 40,000 psychological level. The March support zone is at our $ 38,000 level.

The price of ethereum continued its withdrawal this morning to 3150 dollars level. Ethereum has regained some of its losses, climbing to $ 3,225. For a further bullish trend, we need a return above $ 3,400. Additional support is then provided in the MA20 and MA50 moving averages. Our next bargain is the $ 3600 level, then the $ 3800 level. For the bearish option, we need to continue this negative consolidation and raise the price to $ 3,000. Additional support at that level is the MA200 moving average. If the bearish pressure increases, the price will probably go down to the $ 2,800 zone, and if it doesn’t last, we can expect to continue further to the $ 2,500 March support zone. Ethereum had a similar decline on Monday, with a small change that followed early on Tuesday. CoinGecko data reveals that the value of cryptocurrency has risen by more than 6 percent over the past week and more than 32 percent in value since the beginning of March.

Hydra, the largest darknet platform, has been shut down. Germany has seized a site’s servers that served as a dark web exchange. Germany’s Central Office for Combating Cybercrime said Hydra is “the world’s largest illegal darknet market.” The portal has existed since 2015 and now has 17 million customers and more than 19,000 vendor accounts. Turnover in 2020 was 1.23 billion euros, mostly in cryptocurrencies. The platform specializes in the sale of drugs, although forged documents, personal data and other illegal items were also trafficked. Bitcoin worth $ 25.3 million was also seized.

Comments from Fed officials and influence on the crypto market

The Federal Committee for the Open Market will continue to methodically tighten monetary policy through rising interest rates and starting to rapidly reduce the balance sheet as soon as our meeting in May ends,” Brainard said in a speech. BTC then fell 3% on Wednesday after Brainard’s statements but stabilized later during the trading day in New York.

A more aggressive approach to tightening central bank policies has caused market turmoil as investors have reduced their exposure to speculative assets. Shares fell, while the yield of the ten-year Treasury rose to its highest level since May 2019.