On Monday Trump said any trade deal with China must tilt in favor of the U.S. He also threatened that the U.S government would impose tariffs on $4 billion of additional E.U goods in the long-running dispute over aircraft subsidies.

MSCI’s broadest index of Asia Pacific shares outside Japan, and U.S S&P 500 e-mini futures were up by 0.14% and 0.1% respectively. A 1.38% gain in Hong Kong shares helped in the increase as investors caught up to Monday’s global rally. On Monday, markets in Hong Kong closed for a public holiday.

“Euphoria that the trade negotiations are back on the table has probably waned, and again the cautious tone is getting hold of the markets going forward,” said Prakash Sakpal, an economist with ING in Singapore.

He added that a stronger recovery required more support.

“We need to see a great deal of negotiation progress on the China-U.S. trade war. And we should also see more regional policy stimulus actually kicking in to prevent any further deterioration in economic activity across the region,” he said.

Australian shares pushed up 0.29% expecting the Australian Reserve Bank to cut its benchmark cash rate by 25 bases to a low of 1.0% at a meeting later today. The decision is expected at 0430 GMT.

On Monday, global shares rallied strongly after U.S and China agreed to restart trade negotiations to resolve their long-standing war. The U.S said it would postpone further tariffs.

Trump also offered a concession to ease restrictions on Huawei, among others.

Fresh U.S. threats to impose tariffs against Europe also point to a worrying prospect of a broadening trade dispute. Michael McCarthy-chief markets strategist at CMC Markets in Sydney said in a note to clients. 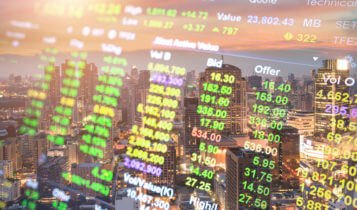 Asian stocks remain unstable as global traders express doubts about the U.S –China trade war. There are signs of weaknesses at the global economic outlook, but the RBA’s hawkish rate cut pleased most buyers.

The initial jump portrayed the market excitement over the US-China trade truce, agreed over the weekend. Later, Asian stocks trimmed earlier gains as sluggish China data and doubts over the future U.S-China trade agreement keep a lid on market optimism.

Even after announcing a temporary break to tariff hike and likely relief to China’s Huawei, the US-China differences are far from the solution. They are yet to discuss key issues concerning technology transfer and intellectual property rights.

Lack of updates from the U.S and China caused a heavy risk tone pressing global traders to reassess the recent ceasefire amid global leaders. Trade headlines from the EU, UK, and China could be another reason for market pessimism.

Moving on, traders will closely monitor comments from the Fed President John Williams to gain further clarity of the US central bank’s future policy moves.

Gold prices and the G-20 summit