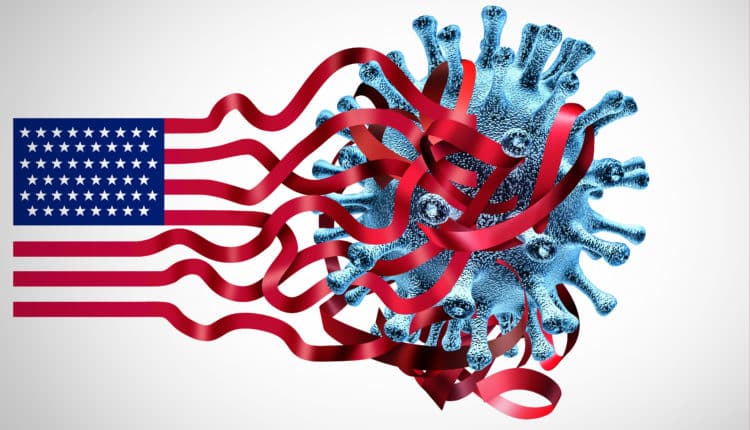 A week before the appointment with the polls, the Administration of the President of the United States, Donald Trump, has given up on its task to control the coronavirus pandemic. Instead of curbing infections, the government advocates focusing on treatments and vaccines against Covid-19. In the last seven days, the coronavirus cases hit a new record.

Mark Meadows, White House Chief of Staff said that the country is going to defeat the virus. The official told the press that every effort is being made to contain the infections. Still, it is also necessary to ensure that when people get infected they are taken care of properly. They should have access to the type of therapies the president had.

Precisely, on Twitter, Trump made it clear that the US has made great progress against “the China virus.”

He accused the media of not wanting to recognize it given the proximity of the presidential elections on November 3. Trump stated that COVID is using it in a coordinated way to change its magnificent numbers. It should be a violation of the electoral law, he protested.

As of today, more than 61.2 million Americans had already voted early. According to the average of the national polls carried out by the RealClearPolitics portal, the Democratic nominee maintains an advantage of 7.9 points over the Republican. In the most important states, this margin is 3.9 points.

The possibility of passing a stimulus package before the elections disappears

Both election day, as well as traditional holidays such as Halloween or Thanksgiving, could serve as a catalyst to increase infections on this side of the Atlantic. During the last seven days, the country registered an average of about 68,767 new cases daily. Thus, reaching the highest level during that period reached to date, according to data from Johns Hopkins University.

Besides, the possibility of approving a stimulus package before the elections disappeared. Both the Speaker of the House of Representatives, Nancy Pelosi, and the Chief of Staff of the White House have expressed their willingness to go ahead with a bill before the new government takes office.

This would be more likely to happen in a status quo scenario, where Trump wins the election. Thus, resulting with the Senate in Republican hands, said Andrew Hollenhorst, an economist at Citi. In the case of a Democratic victory, any stimulus package will likely wait until the inauguration at the end of next January.

China and Japan Will Lead the Recovery in Platinum Demand

GBP/USD bearish cloud above the chart