What stocks to trade in 2023 and buy – get information

Have you ever wondered what the best stocks to trade in 2023 are? What stocks are worth your attention in the near future, especially regarding the volatile and dynamic stock market? The increasing competition and individuals interested in investing in the stock market resulted in it proving to be one, undoubtedly, among the most profitable great investments in recent times.

What are the best stocks to trade in 2023, and why exactly are they considered better compared to a huge number of other stocks on the market? You will find out in the following text from an experienced stock trader! Let’s get started with the best stocks for 2023 that any motivated trader should keep in mind.

Hexcel – the extraordinary stock in the aerospace industry

Hexcel has been one of the highest-growing stocks in the aerospace industry in the last couple of months. It includes advanced composites that give stock enthusiasts weight and strength advantages over numerous traditional materials.

Because of that, Hexcel is considered the more cost-effective solution to replace aluminum and other materials used in applications where weight reduction greatly impacts profitability. We can see that example in the aircraft industry, in which a saved gram in weight equals less used fuel.

For that reason, Hexcel isn’t only useful when it comes to the production of famous airplanes such as Airbus and Boeing. Still, it’s also useful for newer models that utilize advanced composites.

With Hexcel stock, we are witnessing a combination of long-term and medium-profit growth since advanced composites are more likely used in newer generations of aircraft. 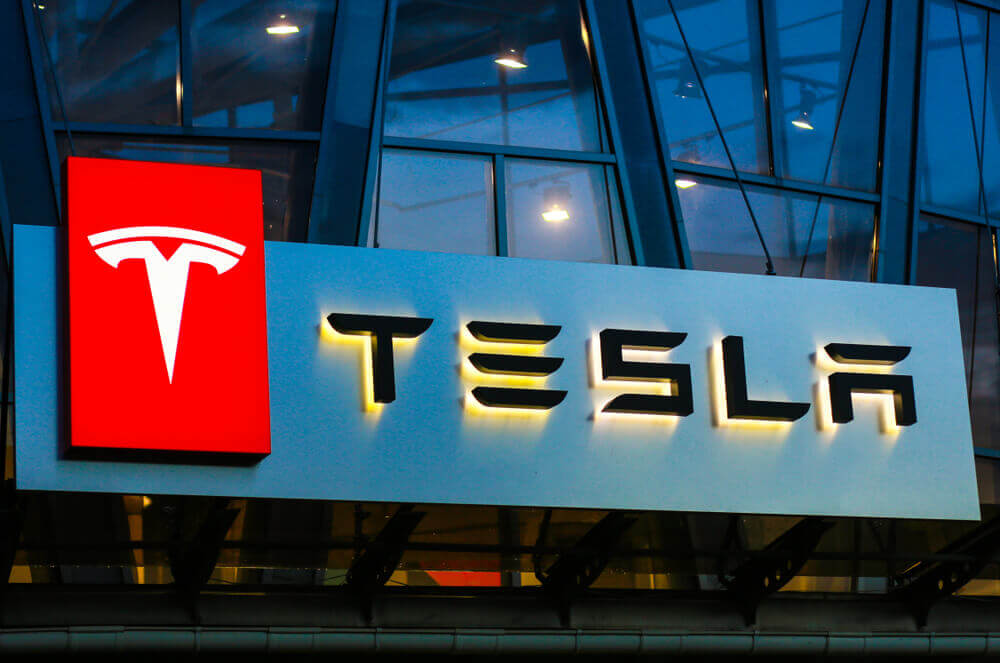 If you thought that Tesla stock wasn’t a good choice, according to their performance in 2022, when they recorded a down in shares by 65%, you are wrong! There’ve been some significant changes regarding their two mega markets in North America and the rest of the world.

The global E.V. giant’s competition is still light since the additional E.V. credits are expected to strengthen Tesla’s demand this year. However, when it comes to China, E.V. subsidies end on the last day of 2022, while some E.U. countries are also scrapping or cutting subsidies. The competition in Asia is ramping up.

According to expert analysts, in 2023, Tesla’s earnings per share are expected to grow 40% to $5.66. It means that sales will be up 42$ to an astonishing price of $118.2 billion. There are major Tesla shares across North America, China, and Europe. The company is still among the biggest makers of fully electrical battery E.V.s.

At the moment, Tesla is the best-selling E.V. maker in the world. It’s expected that in the USA, Tesla sales will rise exponentially and significantly. In Europe, at the end of 2022, Tesla ended as the second best-selling all-electric vehicle behind Volkswagen.

UPS – the United Parcel Service is another great option

Investors interested in a long-term investment that will provide them with a lot of profits in the future should consider investing in the United Parcel Service (UPS) stock. It focuses on small and medium businesses on a global scale, healthcare, B2B commercial markets, and international markets with great growth potential.

Even though, according to some stock experts, UPS has experienced some slowdown in economic terms quite recently, it is still one of the most profitable stock investments you’ll be able to make in 2023. Numerous experts have seen the United Parcel Service company’s underlying economic improvement, which is why they’re still considering it a great opportunity for profits.

Since UPS keeps up the good work regarding market relationships, it’s expected to grow profits after its slowdown exponentially. 2023 will undoubtedly be one of the most profitable years for the UPS stock!

General Electric Stock – a great option for investors and traders

General Electric Stock is one of the world’s most famous healthcare businesses. It’s considered as the industrial giant that’s expected to leave the company that’s composed of the following:

Financial experts see the great potential for all these businesses to perform significantly in 2023. Regarding G.E. Aerospace, there are +300 billion dollars in a backlog. Besides that, all problems regarding the supply chain will ease in 2023, ramping up production of the engine aircraft.

Even though 2022 General Electric Renewable dealt with many issues, we can see the order pricing on a steady uptrend. It means that in 2023, the G.E. REnewable will definitely move toward gaining huge profits once again. The wind turbine manufacturers are currently under reconstruction.

According to stock price analysis, General Electric Stock could be among your best options if you’re wondering which stocks to trade in 2023 or buy.

The year 2022 was the “testing year” of numerous tech companies, with Amazon among them. Besides delivering millions of packages to our doorsteps worldwide, this giant tech company has managed to deliver fantastic returns. In the last decade, Amazon stock managed to move 700%, which is an incredible result.

After a good start in 2023, Amazon’s stock price remains below $85, failing to rise above this level. However, this situation should be fine with stock investors since the net price is above the current 1-day and 5-day moving averages. Despite this company has suffered some losses in the previous year, the earnings report has a positive aspect.

The news is that Amazon posted third-quarter profits, which are higher than the world had expected. The $1.1 billion valuation gain has been seen in its RIVN, i.e., “Investment in Rivian Automotive Inc. There are also earnings per share of $.0.28.

One of the key growths in Amazon is the AWS sector, where sales jumped to $20.53 billion, which is a 27% jump. The income increased to $5.5 billion, or 11%. Amazon’s advertising revenue has jumped 25% to $9.54 billion, which has almost met a $40 billion annual target regarding sales.

DISH Network Stock – the majority of analysts recommend it 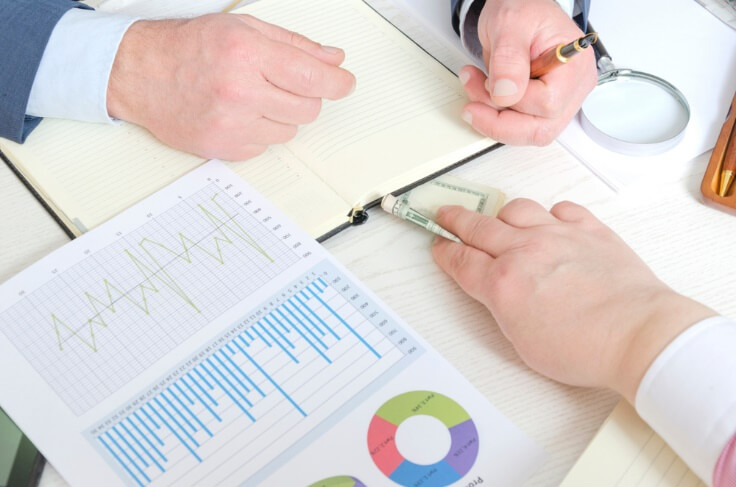 Currently, there are over 16,000 employees at the Dish Network Corporation. For the third quarter of 2022, Dish Network corporation totaled $412 million. At the beginning of January, the price of DISH stock reached 14.040$.

According to Wall Street analysts, most of them say to buy DISH stock, whereas 58.33% of them recommend it as a strong buy in 2023. For those thinking about whether DISH network is a good stock, its current Earnings Per Share is $3.64, while the forecast for the 2023 year is that it will be $1.41.

If you’re considering what stocks to trade in 2023, you should consider Caesars Entertainment stock for various reasons. First of all, the 2023 outlook has numerous wildcards in play. For absolute newbies in this industry, Caesars Entertainment is involved in the casinos and resort management under the Caesars, Eldorado, and Harrah’s Horseshoe brands.

The operation is done via some segments: Central, Midwest, South, East, and West. Casino lovers usually love Nevada and Colorado, where they can find the West segment of Caesars Entertainment company that consists of hotel and gaming properties.

Regarding its stocks, according to Wall Street analysts, its share price will probably reach $73.08 by the mid of December 2023. Its average stock price prediction shows a potential upside of 72.94% from the present share price of $42.26. Analysts believe that all stock devotees will see huge income if they invest in the Caesars Entertainment stock this year.

Is 2023 great for stock investors?

As a summary of this article about the best stocks to trade in 2023, we’d like to answer the question, “Is 2023 great for stock investors or not?”. The majority of investors in the U.S. believe that in 2023, the stock market will manage to gain ground. Only 34% of these investors expect stocks to be flat or even down at the end of this year.

In conclusion, 2023 is better for investors in several segments. Central bank policy and inflation will continue to be the key focus for these motivated stock investors.

After all, the stock market is expected to be driven 10% higher than its current levels. The S&P 500 will likely be pushed higher to 4,200 by the end of 2023. So, if you’re an eager stock investor, pick your stocks to trade in 2023, buy wisely, and have fun earning profits in the stock market in the long run! Good luck!

Kiss indicator – what is it, and why should you use it?

Will Forex ever end – is there an end to currency trading?

What is a symmetrical pattern?

Forex brokers in Saudi Arabia – what you should know

What Is Automated Crypto Trading?

Dollar rallied on Monday. What about the Yen?

Stock Futures Are Down For The New Week