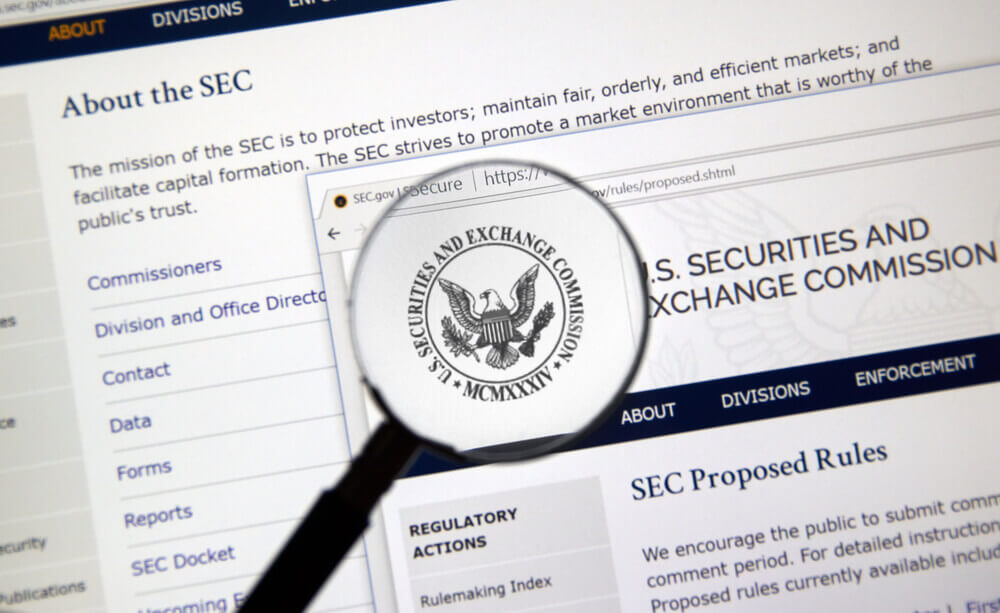 In a press release of the SEC on Monday, the two residents were Attorney T.J. Jesky and business affairs manager Mark DeStefano. Jesky and DeStefano allegedly made a $1.4 million within 10 days from selling shares in Hong Kong-based UBI Blockchain Internet. Last October, both of them received restricted shares of 72,000 of the firm’s stock. This means that they were able to sell the shares at $3.70.

However, the two allegedly sold the shares between $21 to nearly $50 prices. According to the release, the SEC froze the sales of the firm’s stock for the entire month of January.

Meanwhile, Coindesk reported that the agency noted UBI share price’s strange measure. This also made the agency question the regulatory filings of UBI when it suspended the stock’s trading.

Robert Cohen is the head of the SEC Enforcement Division’s Cyber Unit. In Monday’s press release, Cohen called the case a “prime example” to retailers in becoming cautious. He emphasized cautious about buying shares in “companies that suddenly claim to have a blockchain business.”

“This case involved both a trading suspension and people holding restricted shares who attempted to profit from the dramatic price increase with illegal stock sales that violated the registration statement,” Cohen added.

The SEC reported that both defendants have agreed to return the $1.4 million illicit profit. Aside from subjecting to permanent injunctions, they also have to pay a $188,682 penalty. In spite of this, the two neither admitted nor denied the allegations.

Zug is a known city in Switzerland called as the “Crypto Valley.” This has successfully completed its local blockchain-based voting system’s first test.

Coindesk reported on June 11 that the Swiss city launched its blockchain-based e-voting for its efforts in embracing technology. The voting trial happened between June 25 and July 1. Also, the voting the process stored both polling information and IDs of residents in the system.

SWI swissinfo.ch reported that Dieter Müller, the city’s head of communications, claimed that the “the premiere was a success” on Monday.

Luxoft, a Zug-based company, developed the e-voting system in partnership with the city and the Lucerne University of Applied Sciences.

“There are concerns about electronic voting because voting is a fundamental mechanism for direct voting… That’s why we believe that this technology should not belong to a single company. We will build the e-voting platform ‘Open Source’ so that people can understand what the technology is and how it works. We want to encourage more people to develop blockchain-based applications for governments worldwide,” Vasily Suvorov, Luxoft’s chief technology officer, said.

Shiba Inu Coin Continues its Journey to the Top

What Are CFDs and How They Work?