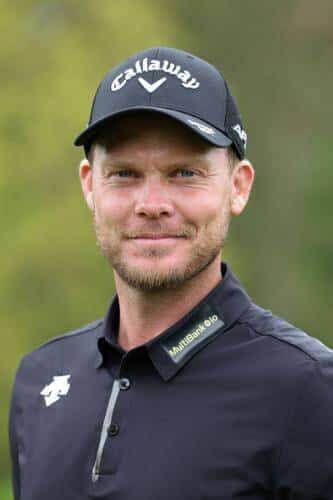 The MultiBank Group, one of the world’s leading online financial derivatives brokers, has unveiled the new brand identity of its blockchain and cryptocurrency arm, MultiBank.io. The world’s most regulated derivatives broker ushers in its Web3-focused era with a new sponsorship of Masters-winning golfer Danny Willett.

Formerly known as MEX Digital, MultiBank.io will provide new digital assets services from mid-2022, the first foray into cryptocurrency and blockchain from MultiBank Group – one of the world’s largest financial derivatives firms with a paid-up capital of over $322 million.

As part of its new brand launch, MultiBank.io has been named the Official Partner of Masters-winning British golfer Danny Willett in all professional golf tournaments and exhibitions for the 2022 season. The partnership has teed off at the Betfred British Masters 2022, which Danny Willett hosted at The Belfry from 5-8 May 2022. Willett will wear the MultiBank.io logo on the left collar of his playing shirt. The seven-time title-winner also plans to release a series of NFTs in partnership with MultiBank.io and will feature on the MultiBank.io website and marketing materials.

Betfred British Masters 2022 host Danny Willett said: “I’ve been looking at getting into the world of cryptocurrency and digital assets for some time now but didn’t have enough knowledge, experience or confidence in that area. That was until I was introduced to the MultiBank Group. I’m delighted to be working alongside them as I start out in cryptocurrency, and we’re all excited to see the new MultiBank.io platform go live in the coming weeks.”

“Unveiling the new MultiBank.io brand is the first step in a multi-year blockchain and cryptocurrency roadmap for the MultiBank Group,” said MultiBank Group Chairman Naser Taher. “We look forward to revealing more detailed plans in the near future for our community of 320,000 global users. But as we’ve shown in building MultiBank Group into one of the world’s largest derivatives providers over the last 17 years, our goal is to compete at the forefront of the industry. We are excited to bring a fresh, compelling offering to the digital assets trading market, combining our proven pedigree in financial innovation with the endless possibilities of Web3 technology.”

Commenting on the sponsorship, MultiBank.io COO Zak Taher said: “We’re launching an ambitious suite of blockchain and crypto-enabled financial services this year and we’re partnering with only the best. Danny Willett is world-class and we are enormously proud to be partnering with a sportsman of his caliber. He has a winning pedigree with a Masters victory and another seven international titles to his name already, and we wish him the greatest success for this season.”

Established in 2005, MultiBank Group has become one of the largest financial derivatives providers in the world with a paid-up capital of over $322 million. Supervised by over 10 regulators across multiple jurisdictions, the MultiBank Group services over 320,000 clients from over 20 offices across the world. A comprehensive product offering of over 20,000 products across six asset classes including Forex, Metals, Shares, Indices, Commodities, and Cryptocurrencies.

Danny Willett shot to global attention with his incredible Masters’ victory at Augusta in 2016. The Englishman had enjoyed steady progress up the world rankings with three European Tour wins over the previous 18 months. But his first major win, captured in real style with a final round 67 of 67 just days after wife Nicole gave birth to son Zachariah, took his career to new heights. It also moved Danny into the top 10 of the Official World Golf Rankings for the first time in his career.

His success at the Nedbank Golf Challenge in December 2014 was the platform for an outstanding 2015 that also saw him win the Omega European Masters, as well as coming third in the WGC Cadillac Match Play, taking a share of sixth at The Open Championship, and finishing second in The Race to Dubai. Another victory at the Omega Dubai Desert Classic in February 2016 took him to a world ranking of 13. The former world amateur No.1 from Sheffield played Walker Cup in 2007, the same year he won the English Amateur. The Jacksonville State University graduate also won national amateur titles in Australia and Spain after becoming the 2006 Ohio Valley Conference Freshman of the Year.

Danny claimed his first European Tour title at the 2012 BMW International, beating Marcus Fraser in a play-off in Germany and has gone on to enjoy sustained success at the top end of golf.

What are NFT giveaways and why are some NFTs free?