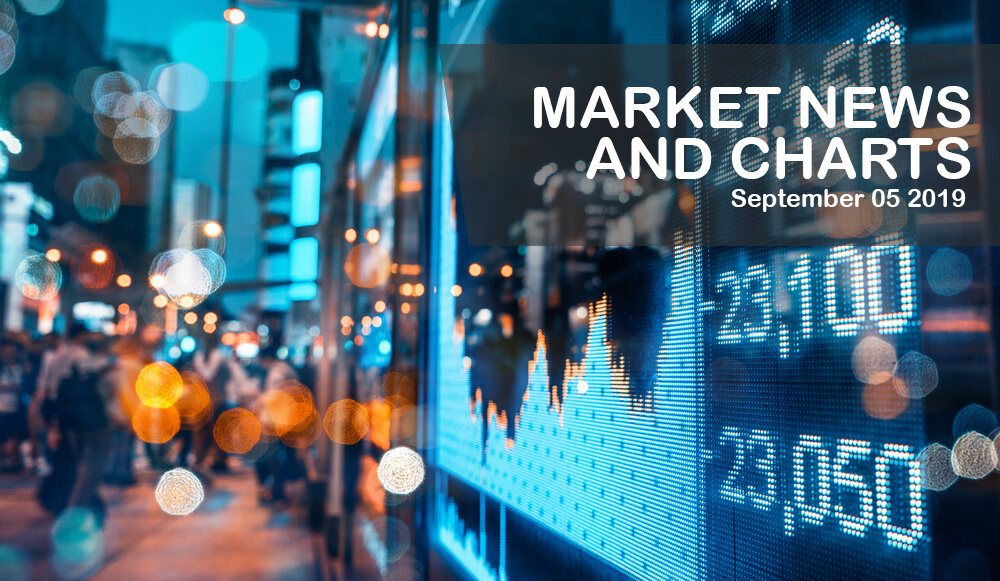 The pair is expected to continue to move higher and to breakout from a major resistance line. New Zealand Dollar has been sold down heavily last month following the decision by the Royal Bank of New Zealand (RBNZ) to cut the country’s benchmark interest rate amid the escalating U.S.-China trade war between. The two (2) countries are important for New Zealand as it heavily relies on the U.S. for protection and security, while it considers China its largest trading partner. However, new challenge is being faced by the country after the U.S. said it will reassess the information being shared to the Five Eyes Intelligence Alliance, which the two (2) countries are members. This move was following the statement by Prime Minister Jacinda Ardern on Chinese telecom giant Huawei. She said the country’s decision whether to ban or not to ban the company will not be affected neither by the United States nor the United Kingdom. Read more about Market News

The pair will retest a major resistance line, which will send the pair higher towards another major resistance line. The Reserve Bank of Australia (RBA) has kept its official interest rate on hold at its historic low of 1.0% amid pressure from the U.S.-China trade tension. This decision comes after the RBA cut interest rate twice consecutively in June and July, which was followed by its neighbor New Zealand in August to what analysts dubbed as “the race towards negative interest rate”. Meanwhile, the Bank of Japan has also kept its interest rate of negative 0.1% last July. The two (2) economies heads the pacific-rim trade pact, the CPTPP (Comprehensive and Progressive Trans-Pacific Partnership). Japan currently dominates the pact but was not enough to stir its economic activity, which is still a main concern of economist amid the slowing global economic growth in North America and in Europe. Read more about Forex chart

The pair is seen to continue its rally, which will send the pair higher towards a major resistance line. Australia is being courted by the two (2) largest economies in the world, the United States and China. In August 04, U.S. Secretary of State Mike Pompeo visited Australia and urged the country to stand for itself over its trade with China. Australia is hit by the tit-for-tat tariffs of U.S. and China, especially that Australia considers China its largest trading partner. Meanwhile, on September 04, China’s ambassador issued a statement saying the country does not want a trade war with the United States but argues that the country is not scared to retaliate with tariffs if the U.S. will impose another one. He also labeled America as “bully”. The comment came three (3) days after the 15% tariff by U.S. on some Chinese goods and the retaliation by Beijing on $75 billion worth of Chinese goods came into effect last September 01. Read more about Market News

The pair is accumulating strengths on its support line and is expected to go up in the following days. Bank of Canada held its interest rates steady following the same decision by the Reserve Bank of Australia. Australia has a current interest rate of 1.0%, while Canada is sitting at 1.75%. Analysts downgrade the likelihood of the two (2) central banks lowering their benchmark interest rate next month. The economic punishment inflicted by China to Canada back in December 2018 is still hurting the country after it arrested Chinese telecom giant Huawei’s Global Chief Finance Officer as part of its extradition treaty with the United States. On the other hand, the Australia-China trade relations is expected to give Australia an upper hand in its trade negotiations with the United States. China’s share of Australia’s total exports increased by 50% from 20% a decade ago to 30% today. Read more about Forex chart