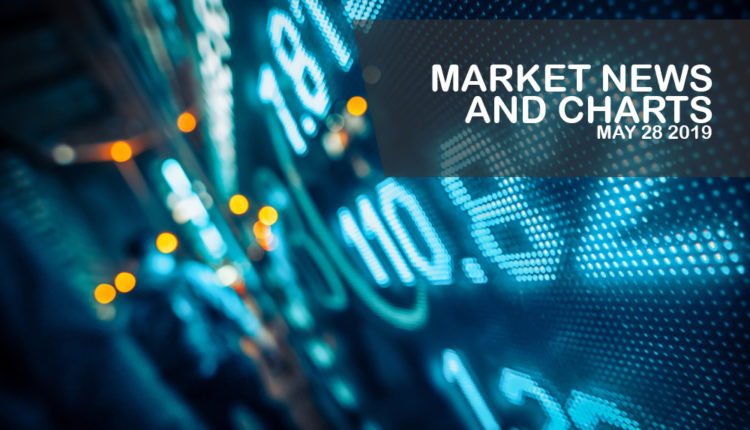 The pair was seen to break out from a major support line, which will the pair lower to another major support line. The United Kingdom’s relationship with countries who signed post-Brexit trade agreement might deteriorate following the Brexit extension until October 31 and the failure by UK Prime Minister Theresa May to resist the pressure from the European Union for the United Kingdom to participate on the European Parliamentary Election, which can spell out trouble for the UK as this was seen by analysts as a possibility for the UK to reverse the Article 50 or its withdrawal from the EU. Aside from these, PM May announced her resignation last Friday as she failed to gain the support of the British Parliament for her Brexit deal, which will further dim the country’s future and put them into an uncertain position. Switzerland on the other hand, was trying to offset its exposure to the United Kingdom.

The pair was not able to sustain its strength following its failure to get back from the uptrend channel support line. The Euro was expected to fall lower following the uncertainty surrounding the European Parliamentary Election. In spite of this, the Germano-Franco alliance was seen to still dominate the EU, which will be a significant loss for the far-right populist parties. This would also spell trouble for the United Kingdom in terms of Brexit negotiations. UK Prime Minister Theresa May failed to stop the UK’s participation on the election, which was seen by analysts as a possibility that the United Kingdom has still have the chance to reverse the Brexit, which will further strengthen the European Union and will be a humiliation in the side of the United Kingdom. If the UK decides to reverse the Article 50, this will be catastrophic for countries who signed a post-Brexit trade agreement, who risked their relationship with the EU.

The pair failed to breakout from the downtrend channel resistance line, sending the pair lower towards a downtrend support line. Following the election of U.S. President Donald Trump in 2016, the relationship between the United States and the European Union had fallen following President Trump’s waging of trade war against countries it found were doing unfair trade practices, including its rival China and Iran and its allies, Canada, Mexico, Japan, and the European Union. On the other side, the Germano-Franco led European Union was also moving forward without the United States after German Chancellor Angela Merkel and French President Emmanuel Macron, two (2) de facto leaders of the EU, decided to host Chinese President Xi Jinping in Paris, France. The meeting was seen to boost China’s Belt and Road Initiative in Europe, which was a move in contrast to the United States.

The pair was seen to continue to fall lower in the following days after it broke down from a major support line. U.S. President Donald Trump was currently on an official visit to Japan as the first foreign leader to meet the new Japanese Emperor Nahurito. During his visit, he announced that he was delaying for 180 days the tariff that was supposed to impose to Japan and the European Union. The meeting also covers talks regarding the proposed bilateral trade agreement between the two (2) countries. However, even without the U.S., the EU-Japan free trade deal was already sufficient to boost Japan’s economy. The EU-Japan deal became the largest trading zone in the world. Aside from this, Japan also heads the pacific rim trade pact, the CPTPP (Comprehensive and Progressive Trans-Pacific Partnership), together with Australia, on which the United States was a former member before its withdrawal in January 2017.