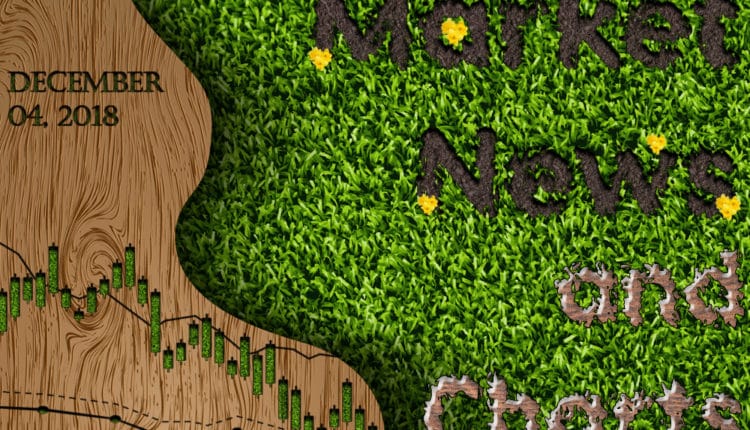 The pair is expected to reverse following the 90-day truce between the United States and China. The two countries were engaged in a tit-for-tat after Trump declared a trade war with China, which escalated and affected Emerging economies. The only country to benefit from this trade war was Brazil, after China shifted its import of soybeans from the US to Brazil. Brazil now accounts for 80 of Chinese soybean imports. However, the ceasefire might mean more time for China to find another importer of its products and another Latin American country, Venezuela, wants to have a slice of the market share that would compete directly with Brazil.

The pair was seen to further weaken as Europe was embattled by internal and external conflicts. The European Union, under Macron’s leadership, wants to build its own army to counter Russia, though some countries in the EU are a part of NATO (North Atlantic Treaty Organization), after Trump’s comment that he wants the US to withdraw from INF (Intermediate-Range Nuclear Forces) Treaty with Russia. The European Union was also pressured to take action with Crimea’s annexation and seizure of 3 Ukranian ships. But Macron was distracted by its home country, France, which was facing a “Yellow-Vest” protest due to additional oil taxes, which leads to Macron’s to put France under a State of Emergency.

The pair was expected to go up in the following days after Trump’s comment that he would withdraw from the current NAFTA (North American Free Trade Agreement), if the ratified USMCA (United States, Mexico, Canada) Agreement would not be passed by the Congress. This was after the Democrats win the majority of the House of Representative. Withdrawing from the NAFTA could give Trump the ability to put more pressure to Canada and Mexico.

The pair will continue to go lower after the world leaders, during the G20 Leaders Summit in Buenos Aires, Argentina, was not able to hold Saudi Arabia’s de facto leader Crown Prince Mohammed bin Salaman (MbS) accountable for the death of the journalist and Saudi critic Jamal Khashoggi. Though the US already imposed sanctions to 17 Saudi nationals involved in the killing, Trump was reluctant to sanction the country highlighting strong ties between the United States and Saudi Arabia. Saudi Arabia was the first country that Trump visited after winning the US Presidential Election.