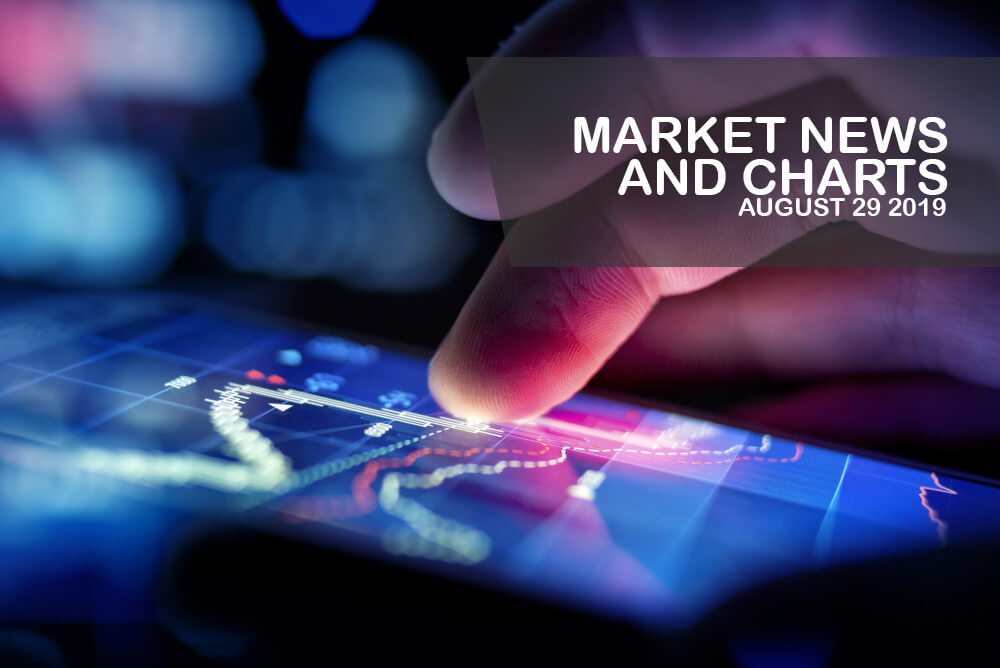 Hey traders! Below are the latest forex chart updates for Thurday’s sessions. Learn from the provided analysis and apply the recommended positions to your next move. Good day and Good Luck!

The pair is seen to continue to move higher in the following days and to retest its 11-month high. Brazil President Jair Bolsonaro is facing pressure from the European Union over the burning of Amazon rainforest. France and Ireland threatened that they will bloc the draft deal between the largest trading bloc in the world and the largest trading bloc in South America led by Brazil, which took 20 years negotiation to be finalized. President Bolsonaro on the other hand, has rejected what he calls foreign interference in the domestic affairs of Brazil. Brazil’s comment and policies over the past few weeks showed that Bolsonaro did not intent to respect obligations on climate change and did not want to commit on concrete proposals to maintain biodiversity. The issue on the burning of Amazon rainforest did not only reach the social level but also on political level with members of the Group of Seven including the issue on their meetings.

The pair is expected to further move higher in the following days after it broke out from a major resistance line. During the Group of Seven (G7), its members agreed to a $20 million emergency aid package to help battle wildfires, except for the United States. The U.S. was the closest ally of Brazil in the group with Brazil’s President Jair Bolsonaro being dubbed as “South America’s Trump”. On the other hand, the United States and Brazil was expected to sign a bilateral trade agreement. Brazil and the U.S. exchange more than $100 billion in goods and services in 2018 and was expected to further increase their partnership once a deal has been finalized. Unlike his predecessor, President Bolsonaro dislikes China and is a pro-America. In addition, Bolsonaro, whose presidential campaign was similar to that of President Trump, has often complained that China is buying Brazil.

The pair found a strong support from an uptrend support line, sending the pair higher and was expected to revisit its 32-month high. The president of the United States and Romania, Donald Trump and Klaus Iohannis, issued a joint statement regarding the strengthening of relations between the two (2) states and their bilateral relations in the future. The declaration focuses on topics such as energy security, military cooperation, the anti-corruption fight, trade, and the Visa Waiver Program. The same declaration says that the two (2) countries want to strengthen the “defense and deterrence posture on NATO’s (North Atlantic Treaty Organization) Eastern Flank, including in the Black Sea, which is of strategic importance for transatlantic security.” Moreover, the U.S. and Romania “seek to avoid the security risks that accompany Chinese investment in 5G telecommunications networks.”

The pair is seen to breakout from a major resistance line, which will send the pair higher in the following days. Norway’s $1-trillion-plus sovereign wealth fund, the world’s largest, may seek to shift the balance of its investments between Europe, the Americas and Asia. Investor’s confidence in Europe has faltered, as the region’s economy slows and that of its largest country, Germany, shrinks amid trade tensions and uncertainty surrounding Britain’s departure from the European Union. Norway is also expected to be hit by the withdrawal of the United Kingdom from the European Union. Great Britain has long been Norway’s biggest trading partner, with Norway exporting goods worth $23.76 billion. However, the current path by Norway could change in the following days as the country will vote on September 09 to elect their new PM to replace the incumbent Norwegian Prime Minister Erna Solberg.