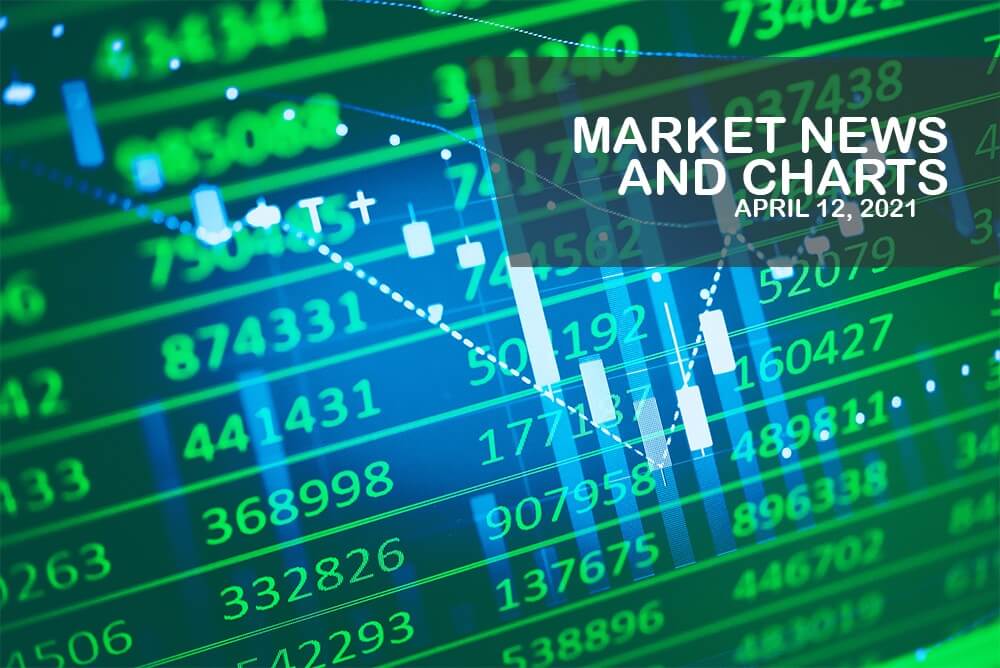 The pair will continue to move lower this week towards a key support area at 289.347. Hungary’s Core consumer price index (CPI) has cooled down in March with a decline to 3.9% year-over-year (YoY). Meanwhile, the main CPI YoY inched higher to 3.7%. The figures are in line with the Hungarian National Bank’s 3.0% annual target with a +/- 1.0% allowance. Adding to investor’s optimism with the forint was the massive decline in the country’s retail sales data in February. Figure came in at -5.9%, which was the second-largest decline in the report during the pandemic. Prime Minister Viktor Orban’s government continues to support the local economy in March with a budget deficit incurring -604.4 billion. Meanwhile, Hungary lifted several COVID-9 restrictions despite the record-breaking deaths. On Wednesday, April 07, the daily deaths hit an all-time high number of 311. 7-day moving average suggests that deaths will average around 250 per day. 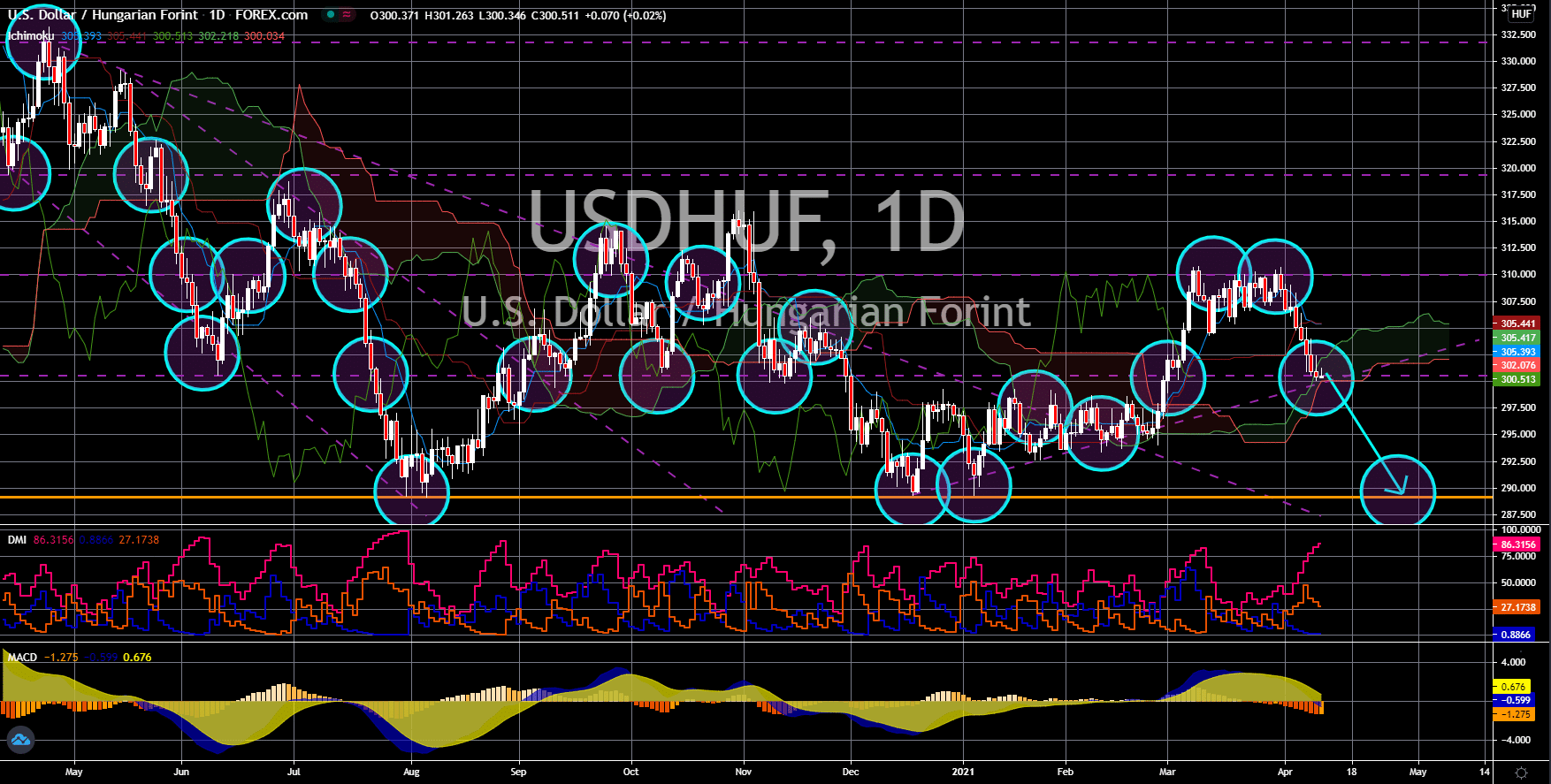 The pair will reverse back in the coming session to retest its previous high from September 28 at 22.65411. Mexico’s central bank gave a dovish tone on its recent statement. The Banxico retained its benchmark interest rate at 4.00% on Thursday meeting, April 08. This was despite the expectations of rising inflation as its largest trading partner, the United States, began lifting several restrictions. In March, the country’s consumer price index (CPI) jumped to 4.67% on an annual basis. The central bank’s target is 3.00% with a tolerance of +/- 1.00%. While interest rate cut was paused, Banxico reassures that further easing should be expected to support the local economy. Meanwhile, the industrial production report soared by 0.4% in February compared to its previous record in the prior month of 0.2%. On a yearly basis, this figure is lower by -4.5% against February last year. The Mexican central bank is expecting the first quarter of fiscal 2021 to contract. 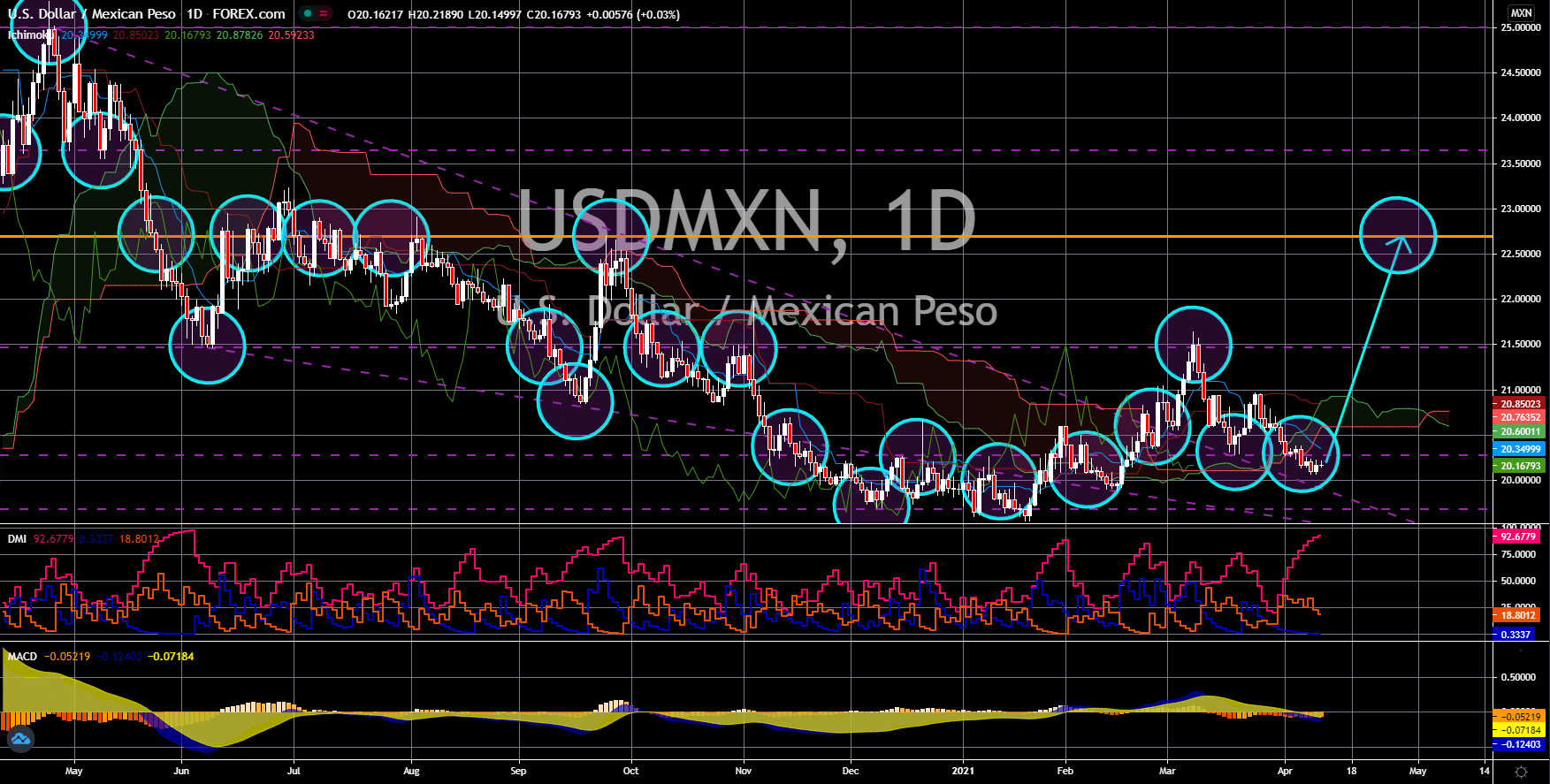 The pair will bounce back from its current support line. The US bond yield is expected to advance after Federal Reserve Governor Jerome Powell said that the US economy will grow at a quicker pace than initially anticipated. This was due to the 1.9 trillion stimulus package back in March and the pending 2.0 trillion infrastructure plan by the Biden administration. In addition to this, the rapid vaccination program by the government is expected to benefit the economy in the near-term. As of writing, the 10-year maturity notes with a coupon rate of 1.125% are trading at 1.649%. Analysts are expecting the Federal Reserve to raise the 0.25% benchmark interest rate before the 2023 forecast. Meanwhile, producers price index (PPI) advanced on the recently published report. Figure came in at 4.2% in March YoY while Core CPI recorded 3.1% on the same month. The upbeat data are expected to push CPI and inflation higher, which, in turn, will pressure the Fed. 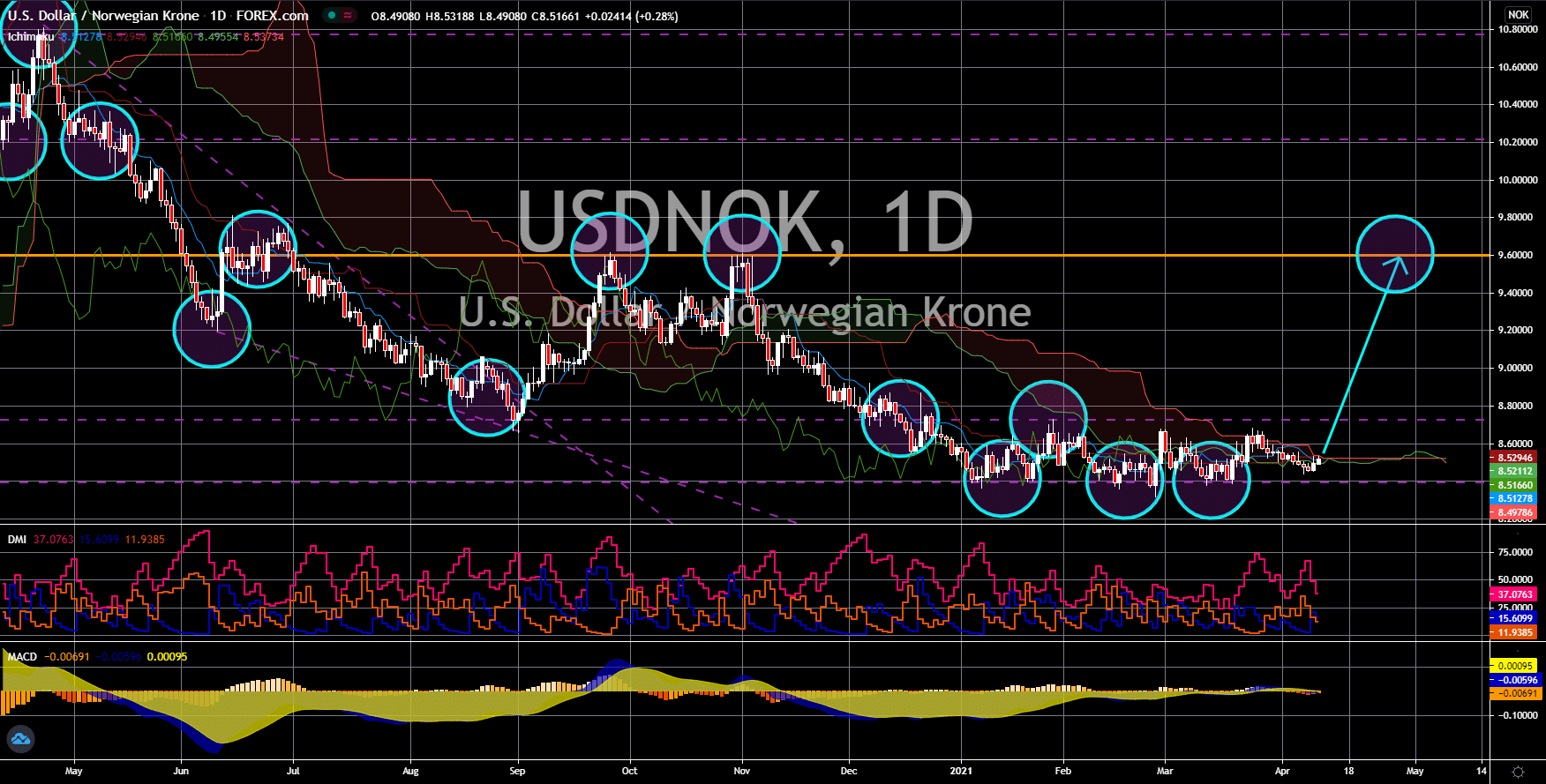 The pair will reverse back to retest a key resistance line from its 11-month high of 4.10854. Polish Prime Minister Mateusz Morawiecki backed the ratification of the 895 billion USD EU recovery fund despite the country being the only two (2) member states to challenge the budget in December 2020. The amount is part of the much larger 7-year budget of 1.9 trillion euros. A week earlier, credit rating agency S&P 500 downgraded Warsaw’s 2021 GDP growth from 3.8% earlier forecasted to just 3.4%. The same thing is true for next year, which is expected to advance by 4.2%, down from 4.4% prior. The growth will further slow down in the next two (2) years with 2023 projections at sitting at 3.0% and 2.7% growth by 2024. Meanwhile, the EU’s Frugal Four (4) – Austria, Denmark, the Netherlands, and Sweden – along with Finland are expected to object in the deal. Three weeks ago, Fitch Ratings reaffirmed its outlook for the Polish economy at A-. 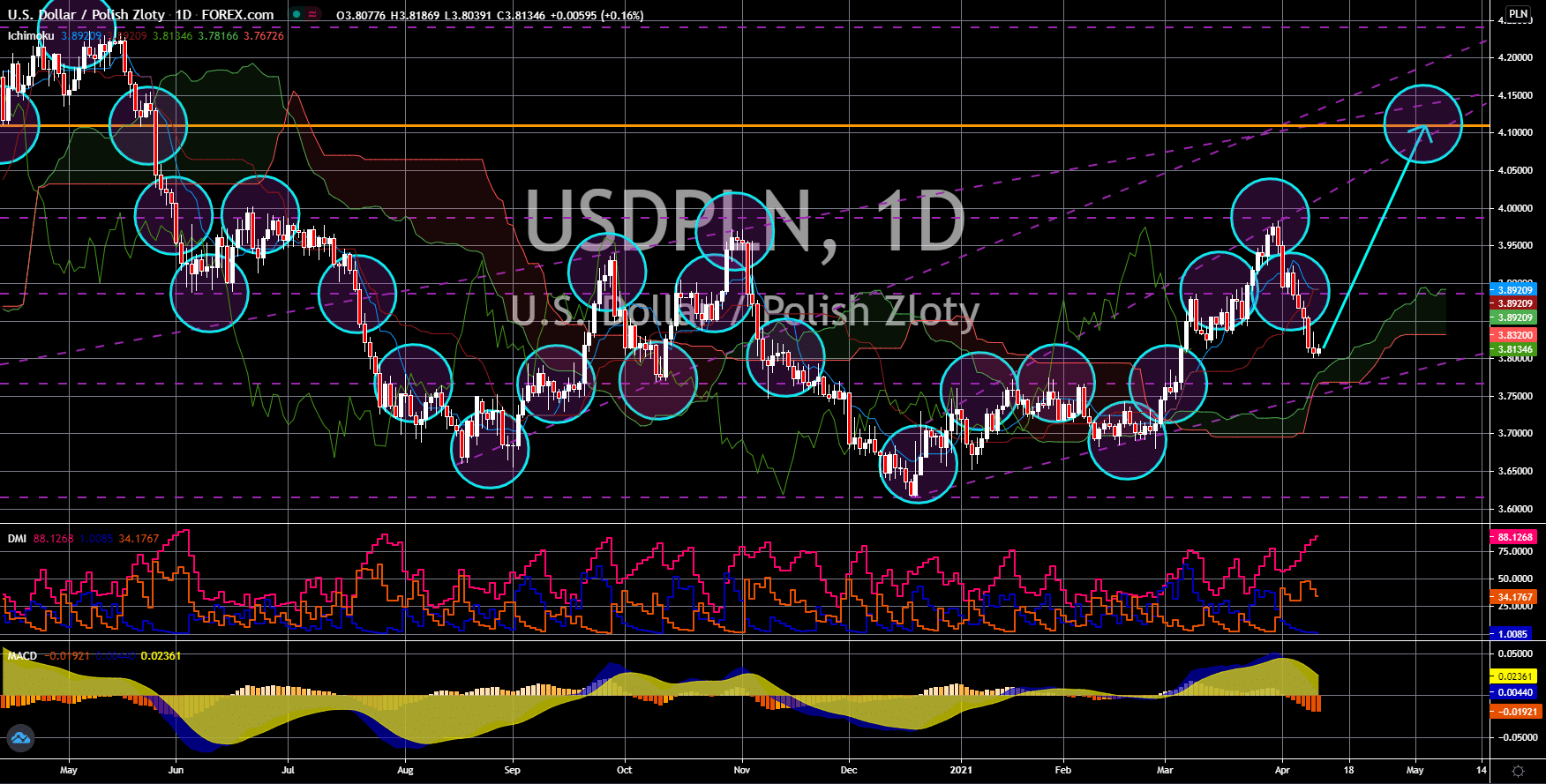